Cars produced by Ford of Britain and Ford of America were like chalk and cheese – and still remain somewhat to this day. Whilst North American Fords tend to be larger, with beefier engines and less of a focus on fuel economy, those in Britain and Europe would be smaller, to fit appropriately on the narrower roads, and more fuel efficient. Ford’s Cortina was one of the models that was developed specifically for Britain, and Europe. Spanning five generations, it ran between 1962 and 1982, and a smattering did make it to Sri Lanka, such as this second-generation (Mark 2) 1970 Ford Cortina 1600GT. 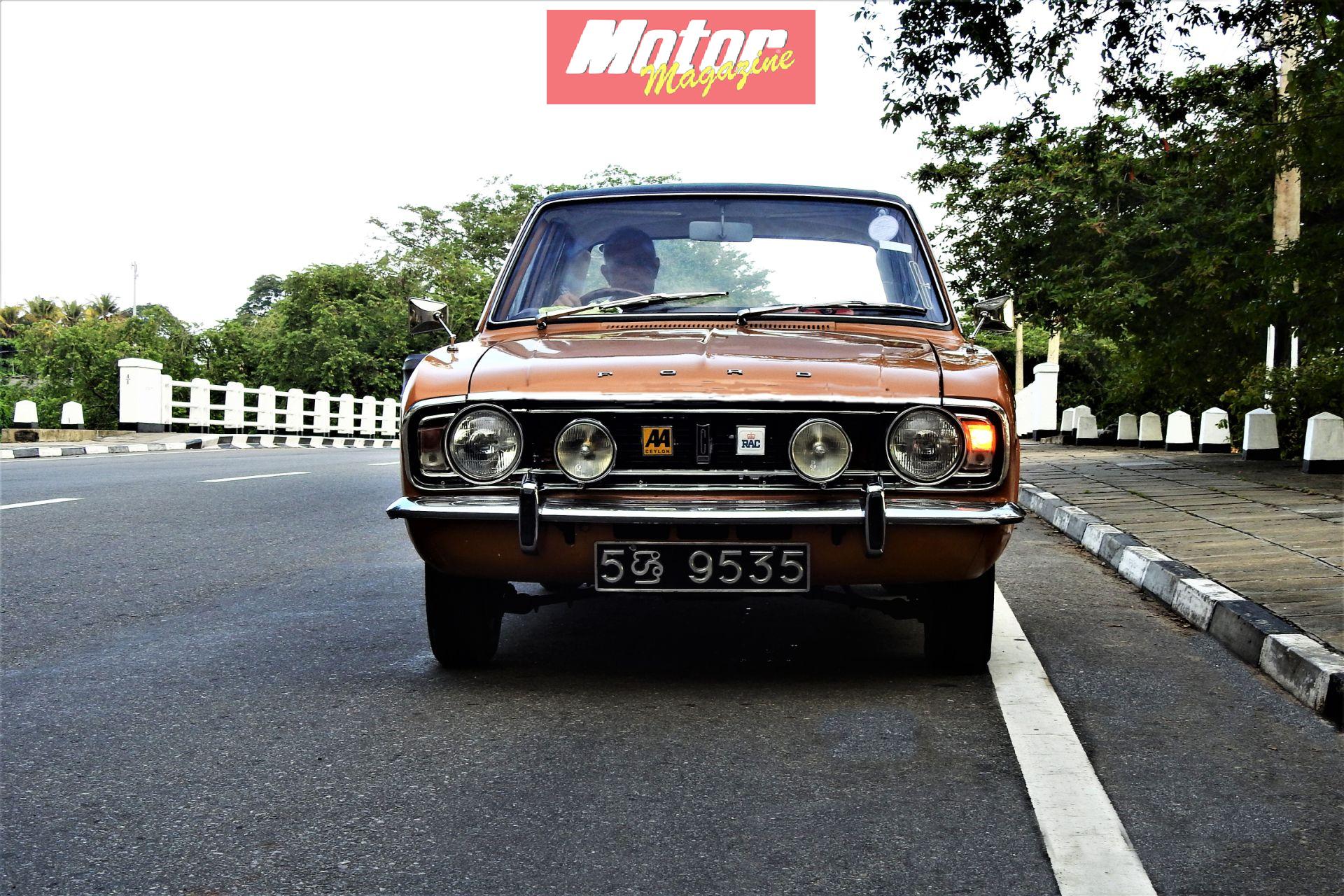 ﻿Four years after the first generation hit the market, 1966 would see the Roy Haynes-penned second generation take over, again, for four years. Sharing some design cues with the US-market Ford Falcon of the time, the Mark 2 Cortina came in at under 4.3m long, and 1.65m wide. It debuted self-adjusting brakes and clutch for the Cortina nameplate and enjoyed a reduced turning circle over the first generation. 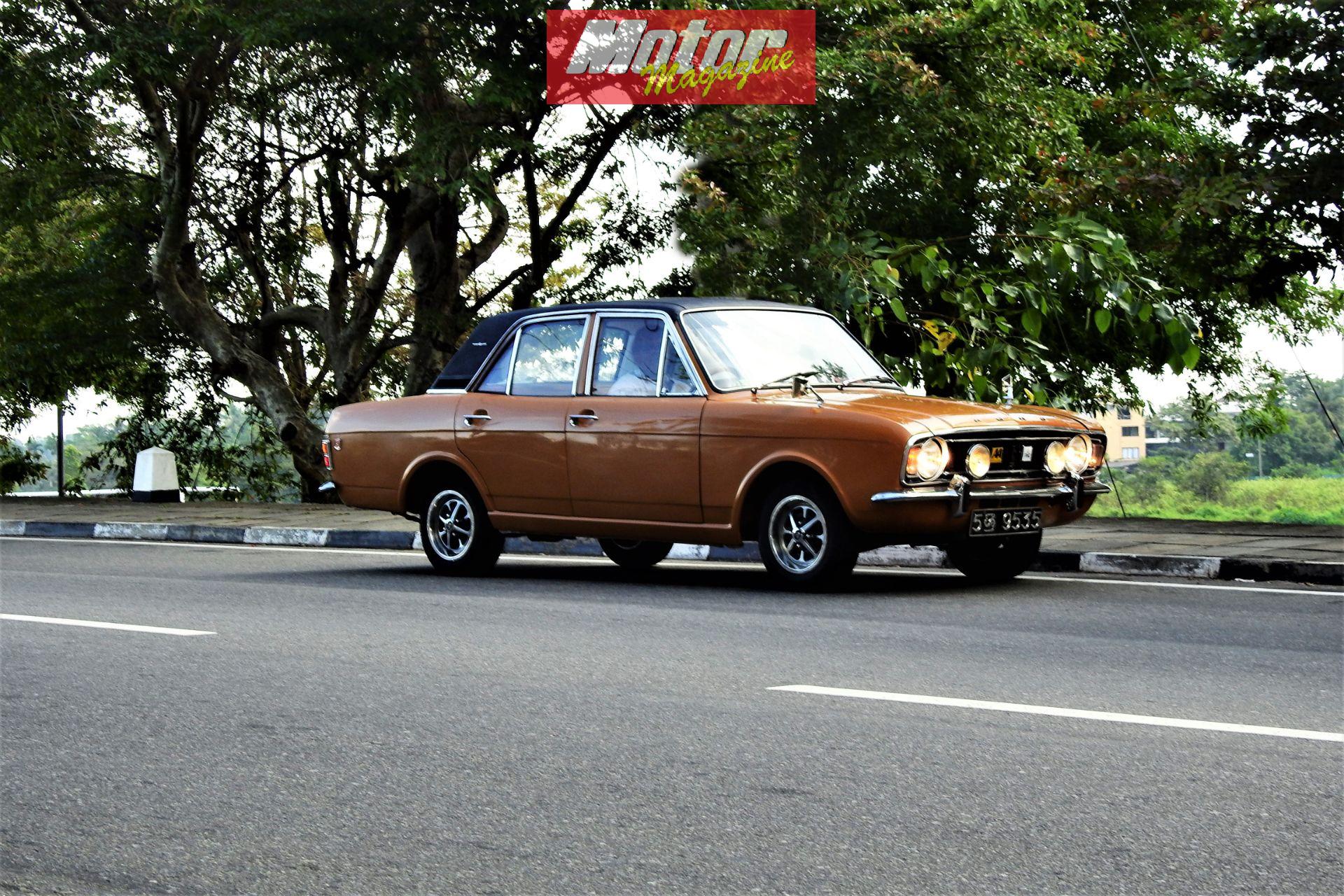 While the top engine in the UK and many other export markets would be the 1.6L Crossflow in-line four, South Africa would see a variant developed by a local company, Basil Green Motors that shoe-horned the Essex 3.0L V6 into the engine bay. No doubt it must have been quite perky in this 900kg car.﻿ 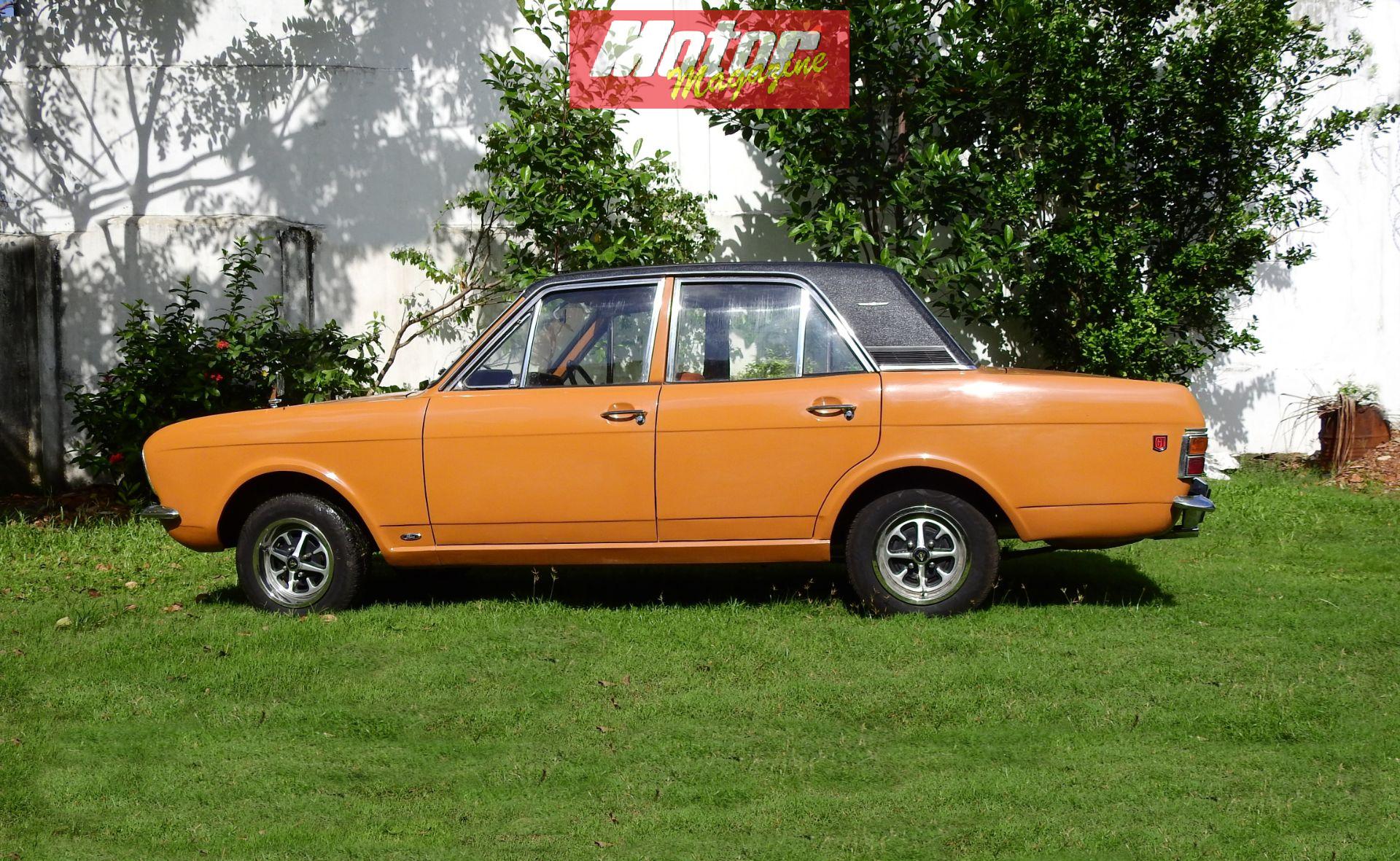 ﻿What we’ve got here is a lovely 1970 Ford Cortina 1600GT that’s been in the gentle stewardship of Ramal Jasinghe since 2017. Ramal purchased the car from the Australia-domiciled nephew of its first owner, a Government agent in Kegalle, who had imported it brand-new in 1970. 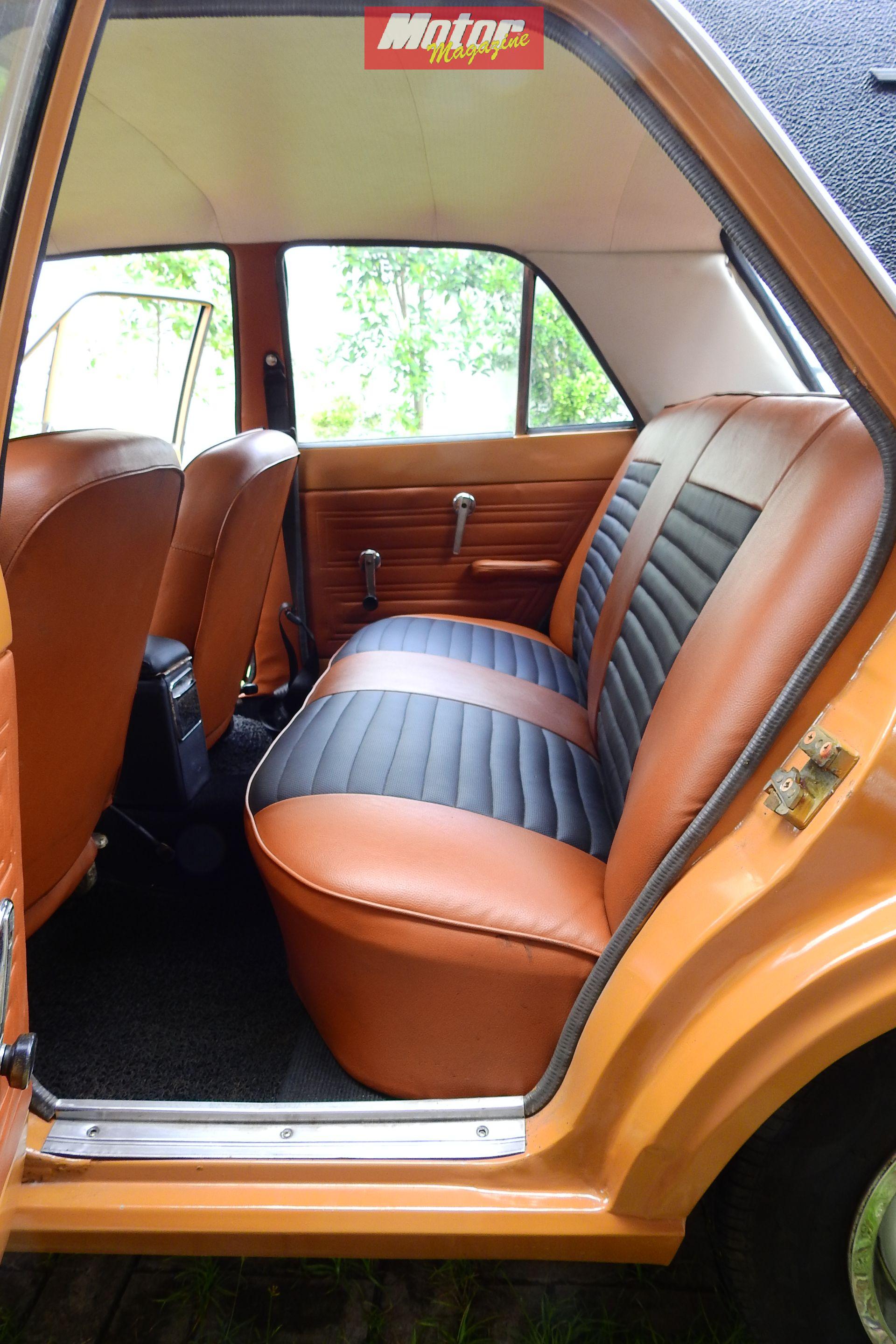 ﻿The car was reportedly in good condition, and Ramal didn’t have much to do to bring it to the state you see in the photos. One thing he did do is a total repaint to the current colour, which is an original GT-spec shade. The engine also received an overhaul from the last original bore, and the twin-choke Weber carburettor was refurbished to original spec. The vinyl roof was replaced with a new one imported from the UK. The functioning driving lights are original and came with the car, as did the Rostyle wheels. 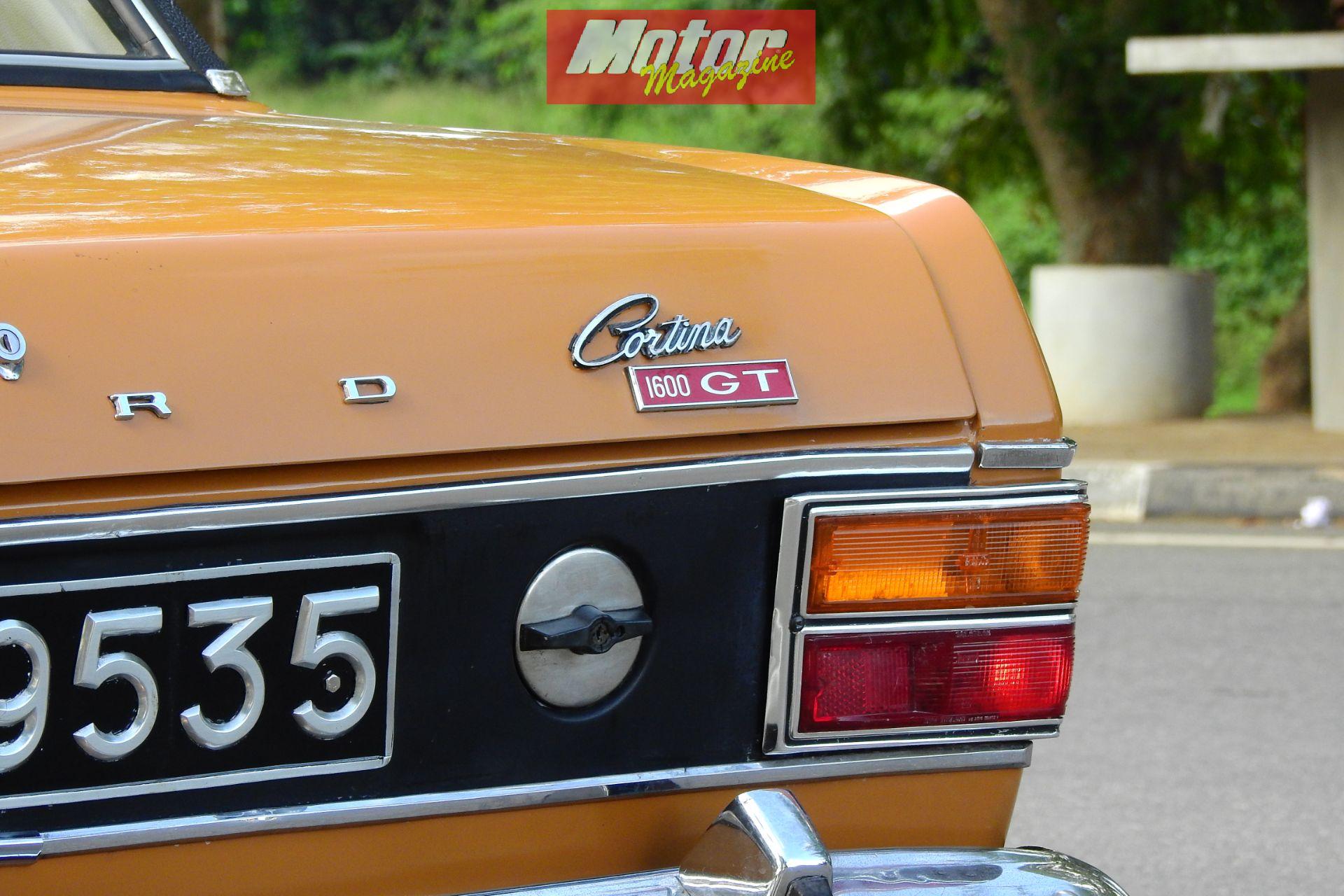 ﻿Ramal tells me that his daughter learned driving in this very car and got her license in it too. Interestingly, the current fuel shortages and lack of 95-octane petrol has domiciled his 2016 Mercedes-Benz C-Class to being parked in his car port, and the Cortina, along with an older stately Mercedes-Benz W108 have become his daily runners. This car is a reliable daily runner he tells me, and he’s installed air conditioning, as well as a modern Kenwood head unit in it. 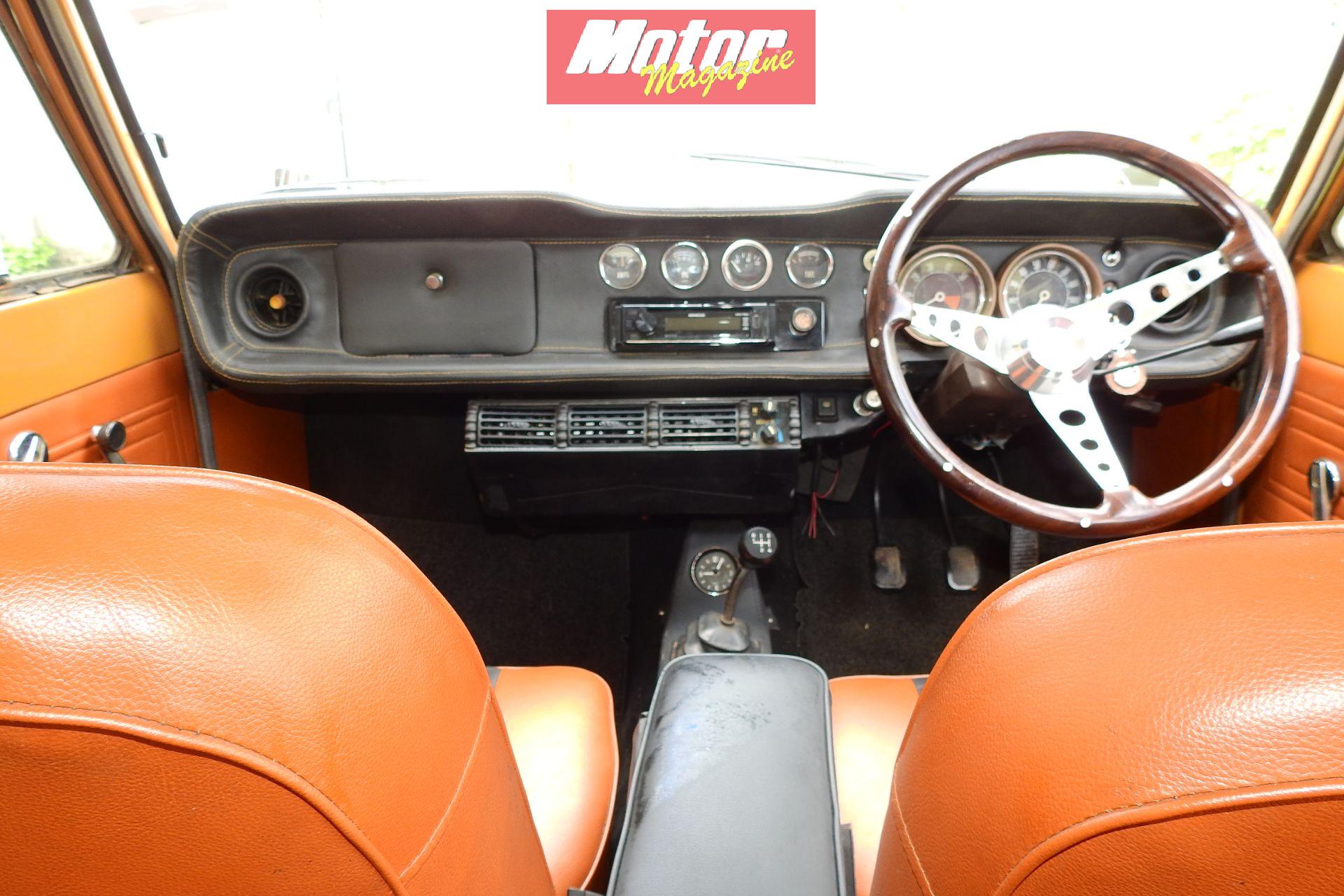 ﻿The specs of this car when new showed that the 1600cc Crossflow engine would put out 93hp at 5,400rpm, and 131Nm at 3,600rpm. It’s a single overhead cam two-valve-per-cylinder design, fed by a single Weber twin-choke carburettor. Drive is sent to the rear wheels via a four-speed manual gearbox. The recorded 0-100km/h time was said to be 12.7 seconds, with a top speed of 155km/h. Braking is via a servo-assisted system that acts on discs at the front and drums at the rear. 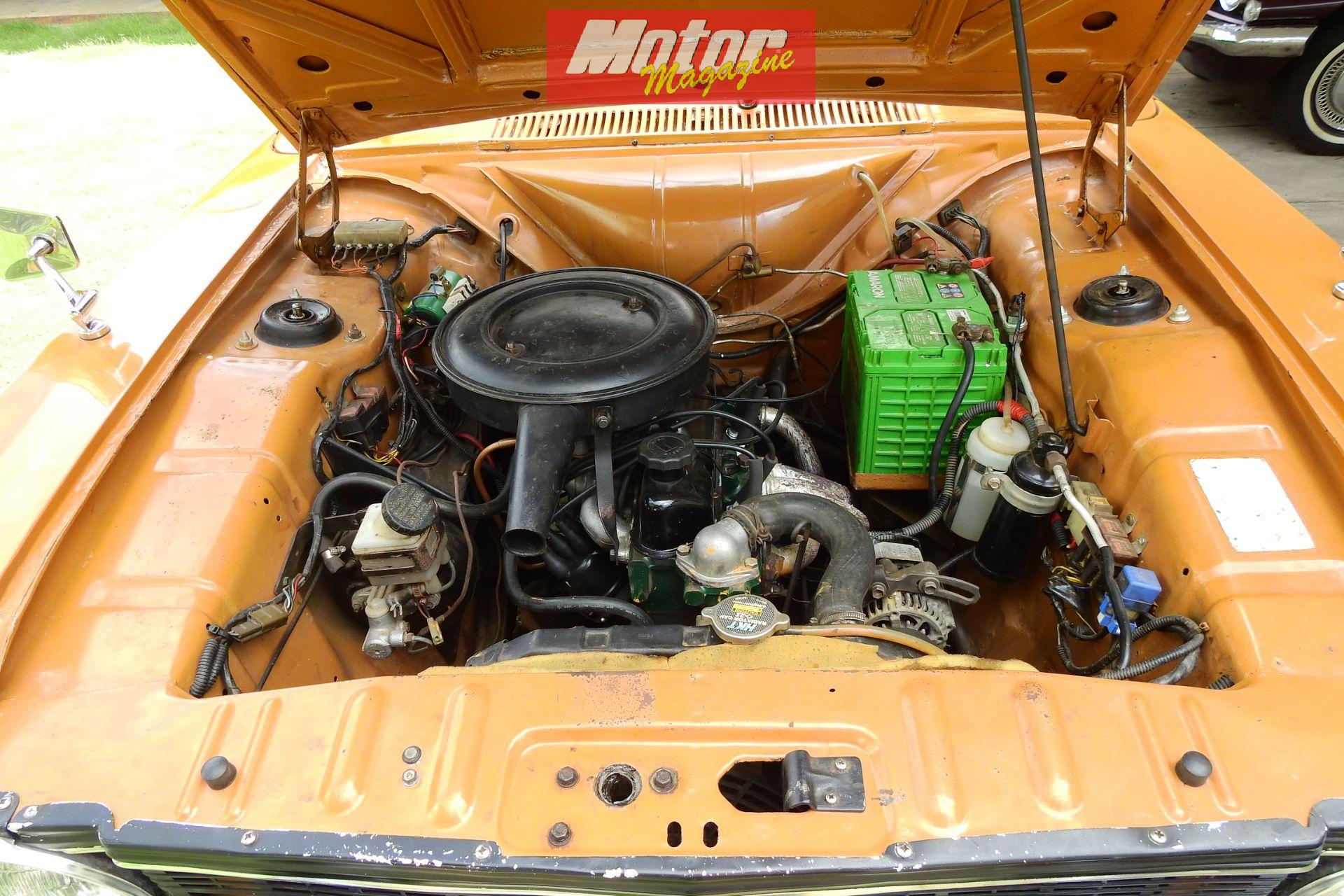 ﻿Once we overcome these turbulent times in Sri Lanka, we look forward to see this Cortina at many of the Classic Car gatherings.