The Ford Anglia 105E – the fourth generation - was introduced in 1959. Until the introduction of the 105E, Anglias and Prefects shared the same mechanicals and shared very similar bodies – except that the Prefects were four-door while the Anglias were two-door. However, with the 105E, Ford took a different direction, and although there was a Ford Prefect called the 107E (with the same mechanicals as the 105E Angila) it retained the previous generation four-door body. In other words, the 105E Anglia body was unique only to this model Anglia.

﻿Its American-influenced styling included a sweeping nose line, and on deluxe versions, a full-width slanted chrome grille in between prominent "eye" headlamps. Basic Anglias featured a narrower, painted grille. Its smoothly sloped line there looked more like a 1950s Studebaker (or even early Ford Thunderbird) than the more aggressive-looking late-'50s American Fords, possibly because its’ British designers used wind-tunnel testing and streamlining. Like late-'50s Lincolns and Mercurys (and later the Citroën Ami of France and the Consul Classic), the car sported a backward-slanted rear window (so that it would remain clear in rain, according to contemporary marketing claims). In fact, this look was imported from the 1958 Lincoln Continental, where it had been the accidental result of a design specification for an electrically opening (breezeway) rear window. It had muted tailfins, much toned-down from its American counterparts. The 105E Anglias were fondly referred to as “Yankee” models due to their obvious American influences. 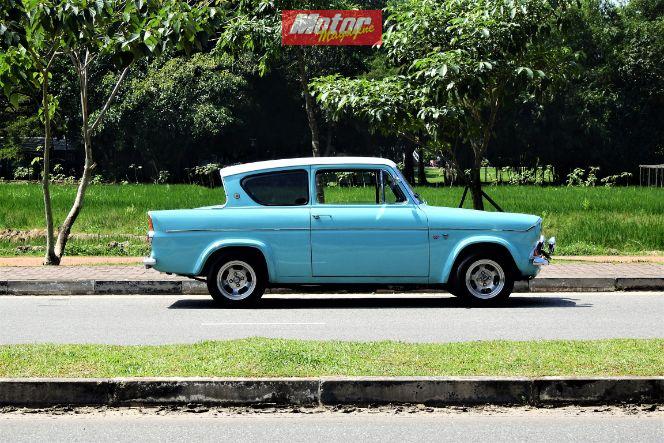 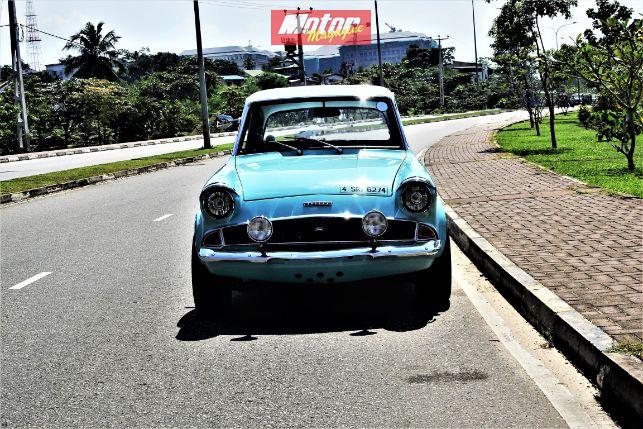 ﻿The new styling was joined by something the smaller Fords had been needing for some time - a new engine – a 997 cc overhead valve (OHV) straight four with an oversquare cylinder bore that became known as the Kent. Acceleration from rest was still sluggish, but it was much improved from earlier cars. Also new for British Fords was a four-speed manual gearbox with synchromesh on the top three forward ratios; this was replaced by an all-synchromesh box in September 1962 (on 1198 cc powered cars). The notoriously feeble vacuum-powered windscreen wipers of earlier Anglias were replaced with more conventional windscreen wipers powered by their own electric motor. The Macpherson-strut independent front suspension used on the 100E was retained.

In October 1962, 24-year-old twins Tony and Michael Brookes and a group of friends took an Anglia 105E fitted with the £13 Ford Performance Kit to Montlhéry Autodrome near Paris and captured six International Class G World Records averaging 83.47 mph (134.33 km/h). These were 4, 5, 6 and 7 days and nights and 15,000 and 20,000 km. The Anglia's strength and durability meant only tyre changes were required! 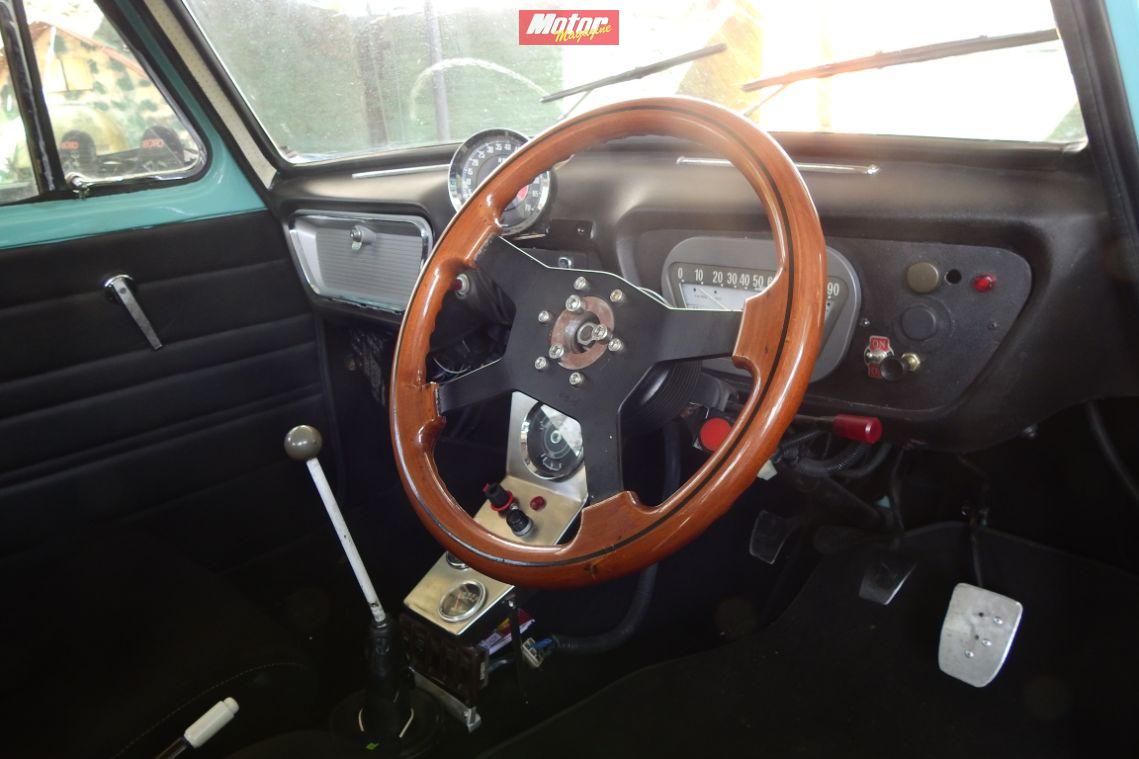 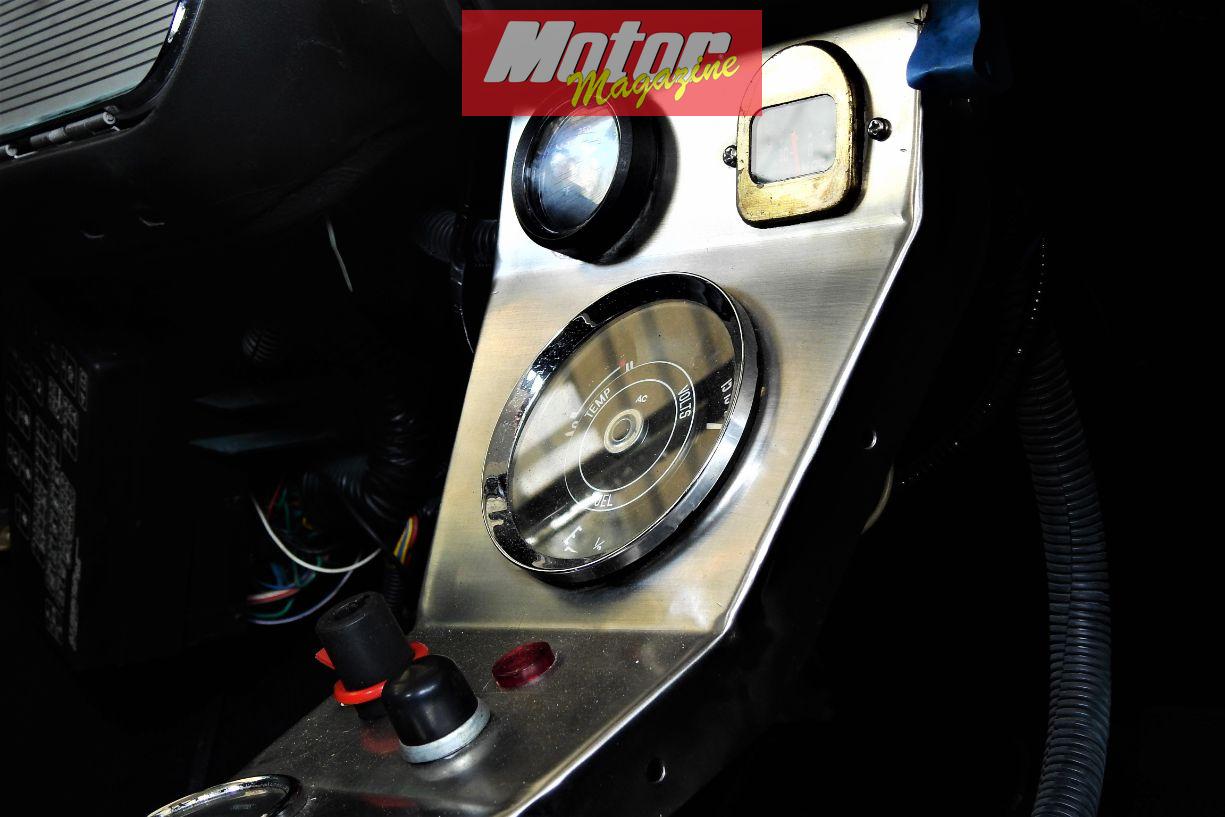 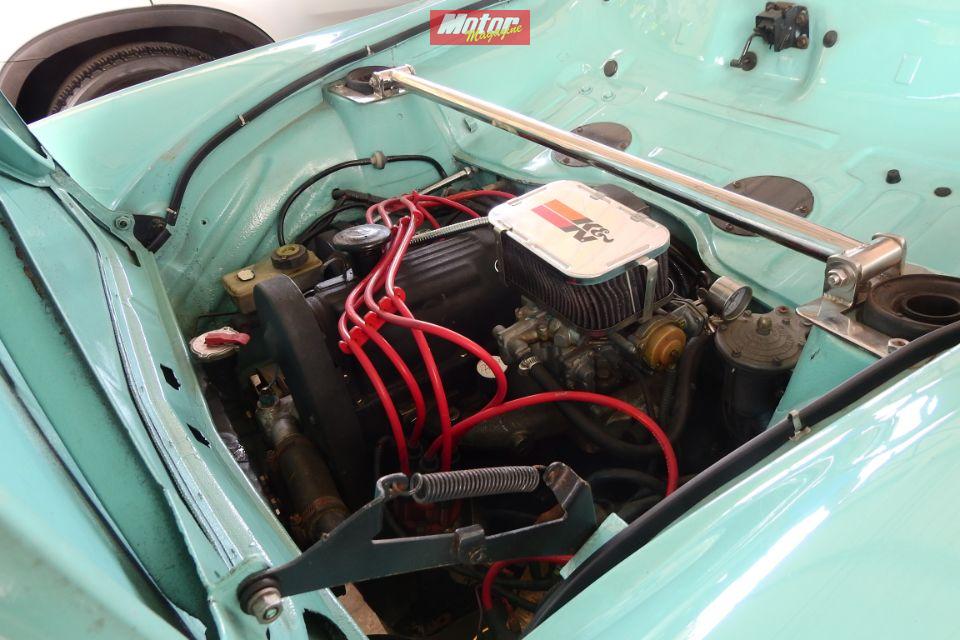 ﻿In 1960, when 191,752 Anglias left Ford's Dagenham plant in the 105E's first full production year, it set a new production-volume record for the Ford Motor Company. From October 1963, production continued at Ford's new Halewood plant at Merseyside alongside the newly introduced Corsair models. The Anglia Super introduced in September 1962 for the 1963 model year shared the longer-stroke 1198 cc version of the Ford Kent 997 cc engine of the newly introduced Ford Cortina. The Anglia Super was distinguished by its painted contrasting-coloured side stripe. 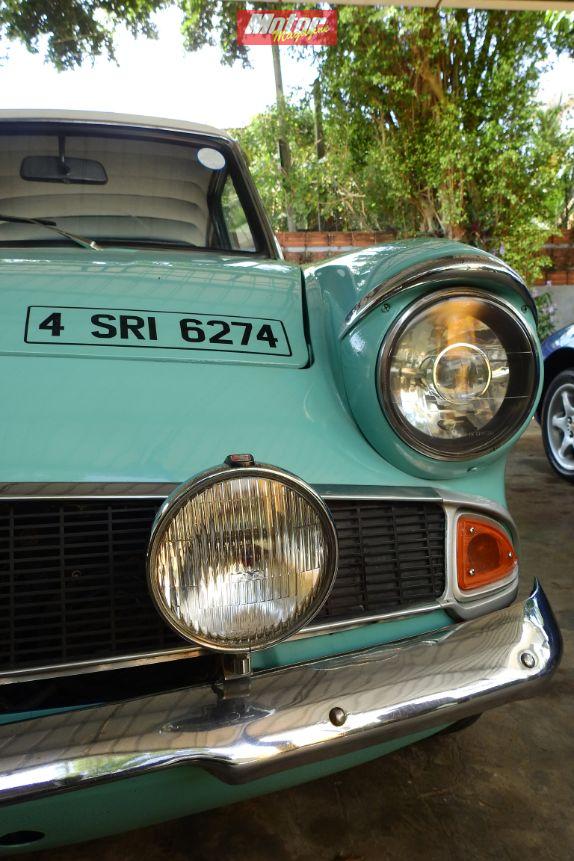 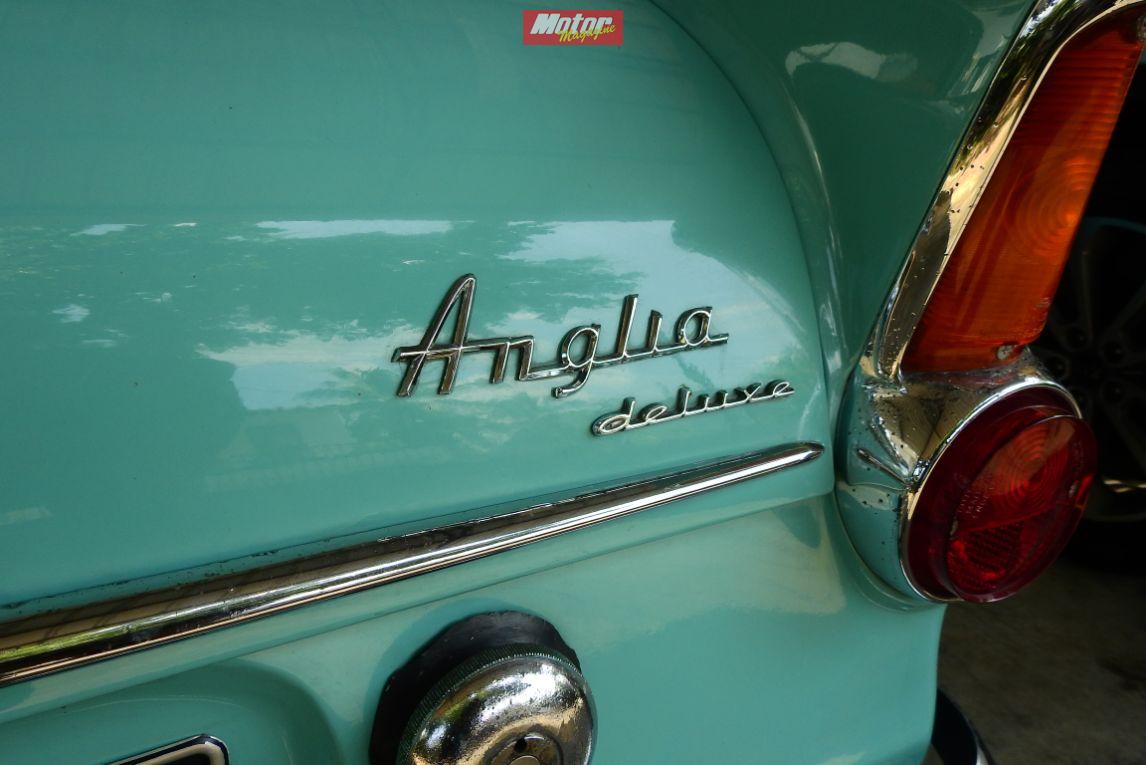 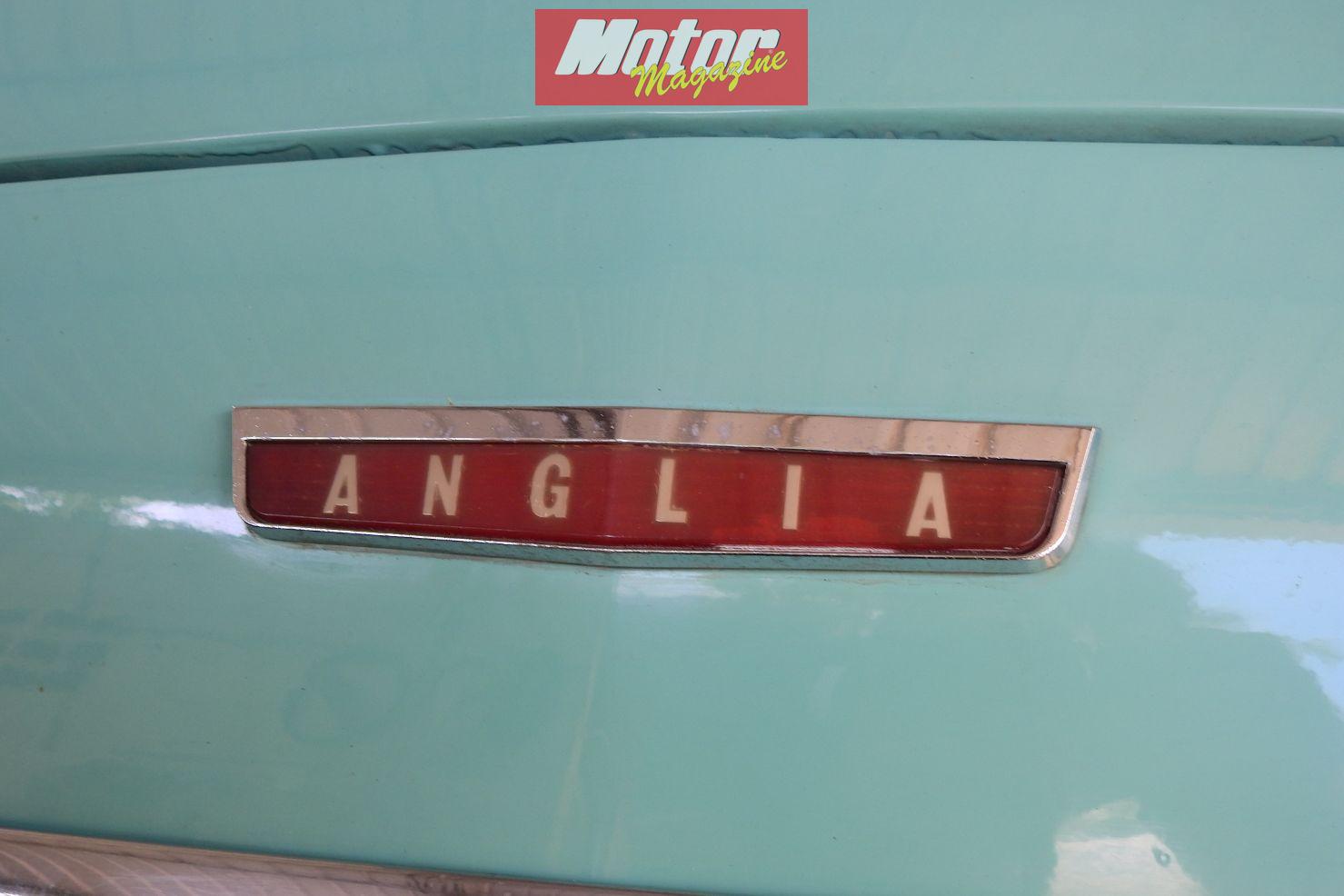 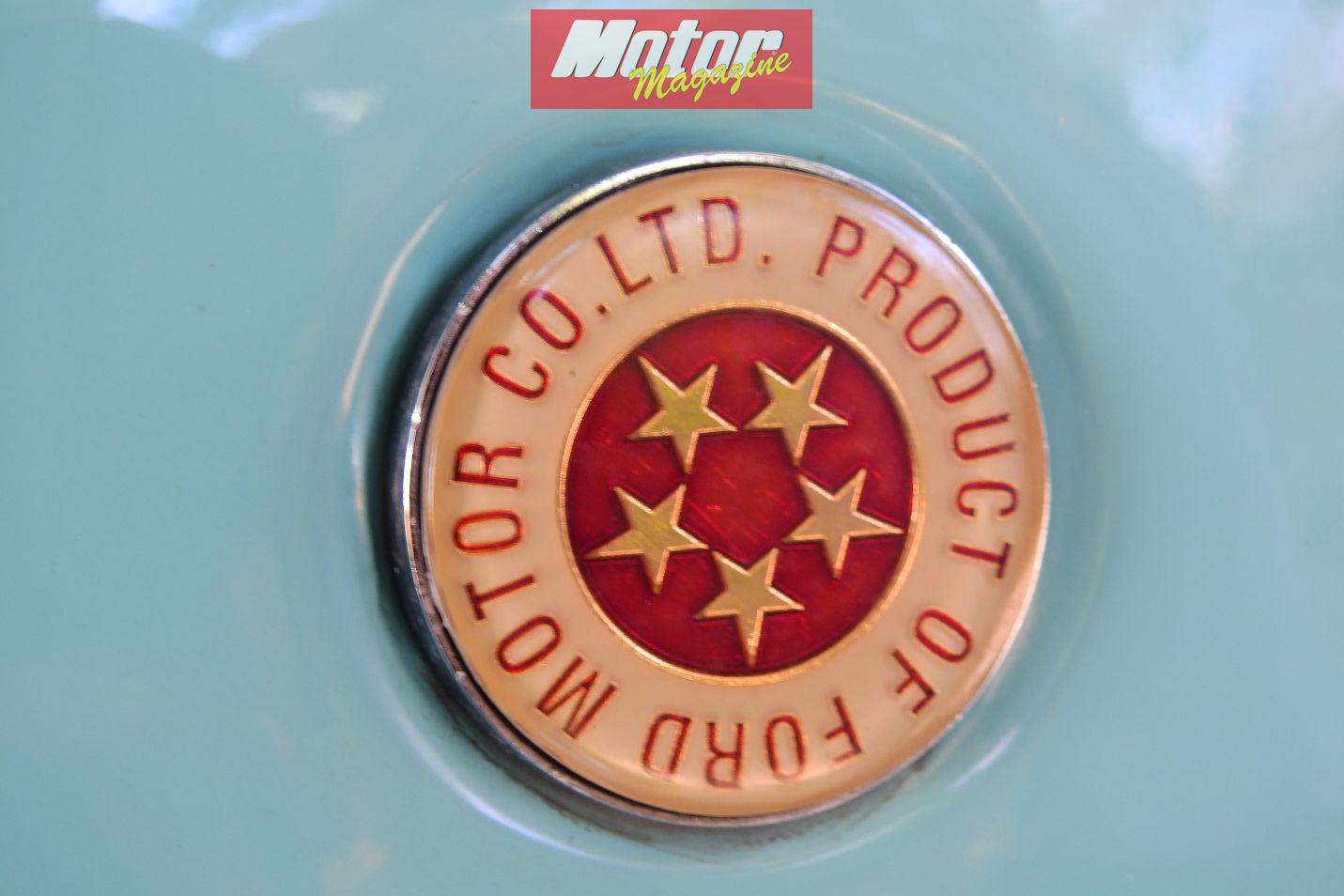 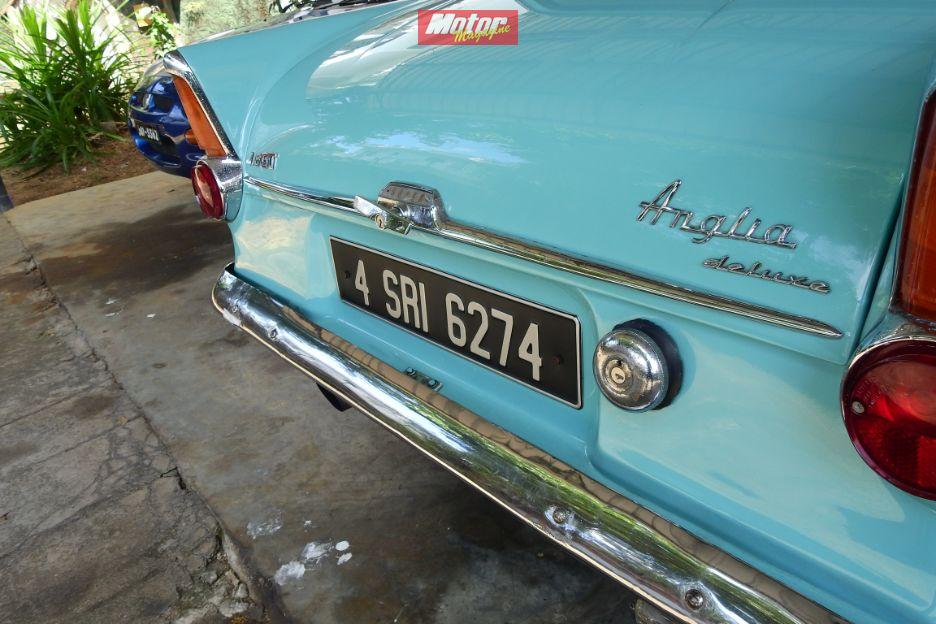 ﻿In the local scene, a 105E Anglia driven by David Peiris dominated the race tracks in the late 1960’s and early 1970’s. In 1971 at the Katunayake Grand Prix (where the writer was a very young spectator); David Peiris in the Anglia was leading the race when on the last lap he lost a wheel! He finished first in sensational style on three wheels!

The Anglia featured here is currently owned by veteran racing driver Jeffrey Mason. Jeffrey purchased the car as a fully resto-modded car when his “laid his helmet” after many decades in active motor sports.

The car has a 1600 Ford Pinto engine breathing through Twin-choke Webers. It has a front strut brace and close-ratio gearbox among the goodies. On the outside, the mudguards have been flared to accommodate wider wheels. For driving comfort, it has air-conditioning, power windows and remote central locking – making it a driver-friendly car suitable for your daily commute – in classic style - if that’s what you prefer. 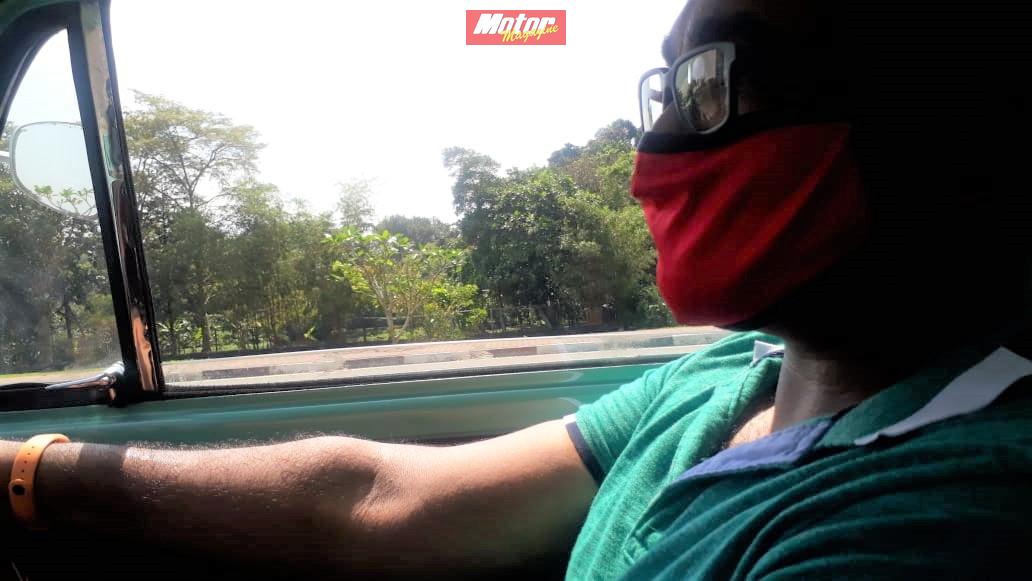 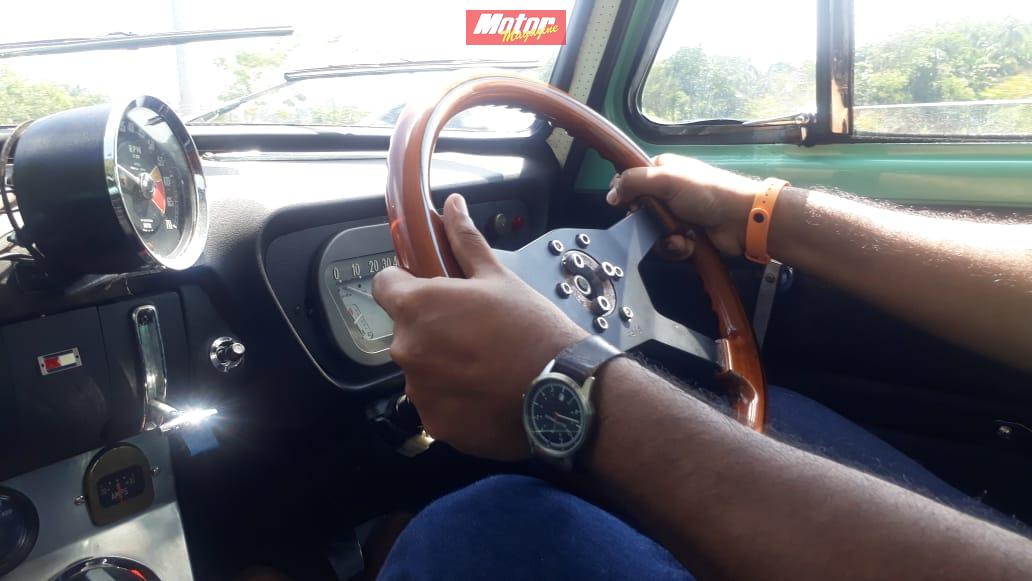 I've not driven many classic cars, tending towards more modern metal. It was quite a change from the norm when getting behind the wheel of a car that I'd seen charging up Mahagastotte many a time in the Historic Parade. It's a very analog machine, free from the modern fripperies enforced by computers and drive-by-wire systems. The engine roars in response to your right foot, the gears need a firm and confident hand to slot home (especially third!), and braking means you better be (a) planning it well in advance and (b) ready to give a healthy push. The lack of AC also meant that I was sweating buckets, however it's easy to forget all that when you wring that Pinto engine out, grabbing each gear and watching the world go by faster. A non-functional speedometer meant I had no idea of how fast I was going, yet I know it must have been 'quite quick', well into the meat of fourth gear and overtaking most vehicles. I didn't even notice the lack of power steering until the time to return it to its owner's garage, which entailed turning into his entryway whilst on a hill. This kind of experience is why some people find classic cars, with all their quirks and relative lack of mod-cons, to be the perfect antidote to today's digital and sanitized world. 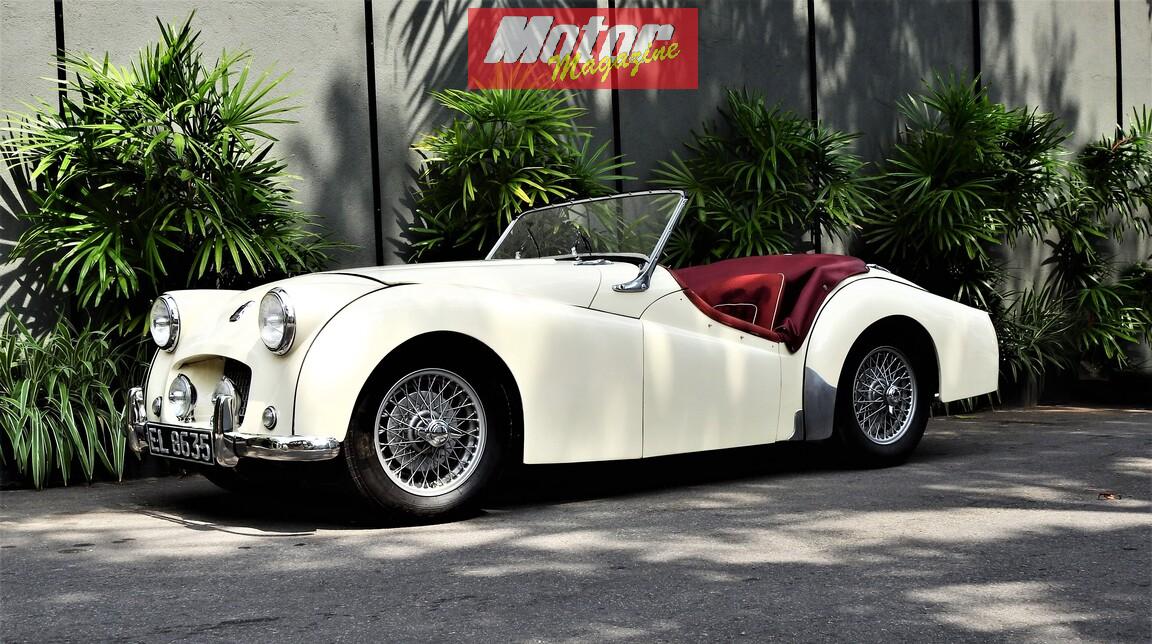