Public Funds Spent on Traffic Lights - is it Justified?

Before the world gained access to widespread electricity, traffic lights and other roadside lighting like street lights were powered by gas and flame… And they had actually been around quite a bit before cars came into the picture. They started out as a means to provide signaling of railroad activity to warn and alert those riding on horseback, as well as a way to provide pedestrians with a secure way to cross roads with the increase of horse and buggy traffic. These very early traffic lights first took root in London. They were controlled manually by police officers through the use of Semaphore arms during the day, and at night time they relied on gas to illuminate in darkness.

﻿﻿Up until the 1900s in the United States, police officers primarily manually directed traffic through a combination of using hand signals from towers which allowed them to get a good view of traffic. However, in some areas red and green gas powered lights were used. By the turn of the century, it became clear that a better, more efficient system for monitoring traffic was needed due to the increase of people becoming interested in driving cars rather than relying on horses and trains. 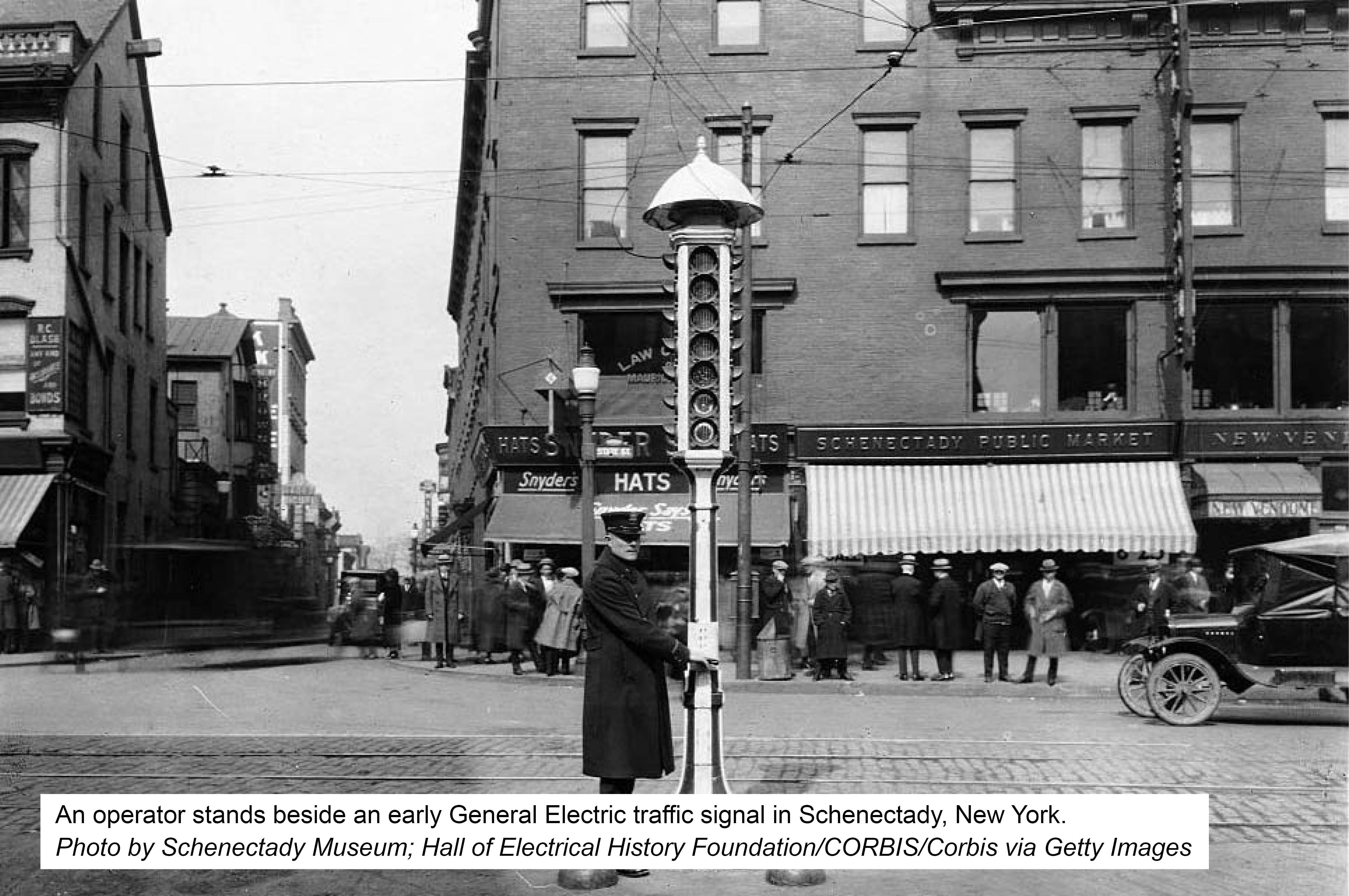 ﻿﻿The early electric traffic lights contained only red and green colors, and rather than having a yellow light, emitted a loud buzzing sound to alert drivers and pedestrians of the upcoming transition between stop and go. Despite being electric rather than gas powered, these early lights still required that someone operate them and manually switch the colors of the lights. By the time the year 1920 rolled around, automatic traffic lights were phasing out the first renditions of the electric lights that were manually operated. The first automatic traffic lights were timed to change at fixed intervals, but drivers soon realized that this caused quite a bit of unnecessary waiting. To remedy this, the lights were fitted with microphones that could detect sounds from upcoming traffic, with the noise or lack of noise or lack of noise signaling the change of light color. However, people realized that they could just honk to get the light to change in their favor, and this was dangerous! As a solution to the problem, once a light was triggered to change it would not changed again based on traffic sounds for at least another 10 seconds.

By the mid 1900s, computers had been invented and people saw it as a prime opportunity to take the evolution of the traffic lights even further. Computerized detection was a huge step up from relying on traffic sounds, and allowed for lights to change more efficiently and more reliably. This was not only good for drivers but for traffic pattern monitoring and control during emergency situations.

Here in paradise though… we seem to have entered a time capsule at the time of our “independence”. Yes we have fancy looking traffic lights installed at many junctions and at pedestrian crossings. But they are mostly turned off (or flashing amber) at peak times; and generally you find an over-worked constable trying his or her best to wave traffic on; or sometimes even just waiting on the side-lines looking at the fun (or waiting for an accident to happen). So Sri Lanka!