If you were a pre-teen kid around the turn of the millennium, like me, you would have noticed quite a bit of Mitsubishi advertising in Sri Lanka, courtesy United Motors. Leaf through the newspapers and ads for the New Lancer (CK-series at the time) popped up. Turn on the TV at prime-time and you couldn’t miss Roxette’s hit “The Look” playing, as the advert for the Galant started. Pick up a suave and sophisticated automotive publication (like Motor) and you would see a glossy spread for the luxury 3.5L Mitsubishi Verada. What a time to be alive. 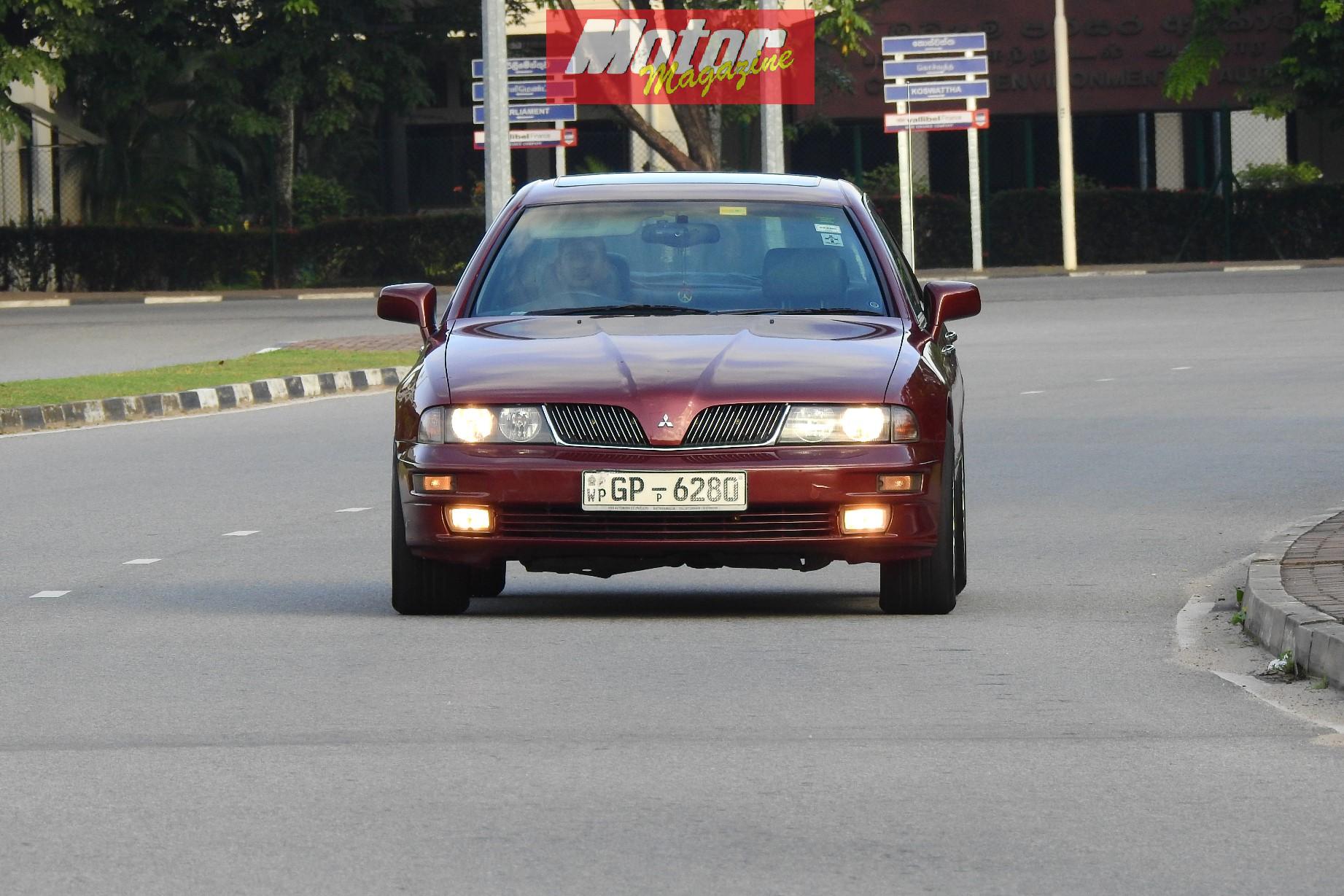 ﻿﻿Personally, I’m a bit sad and feel that the brand has lost their mojo. Where are the slick sedans and potent wagons (Google Mitsubishi Legnum VR4 or Mitsubishi Evo Wagon for examples)? Heck, even the Pajero/Montero’s gone. The bean counters would throw up a myriad of reasons why crossovers are the way forward, and I’m sure they’re right. That’s also why cars like the Verada are curios from the past, and the Verada did occupy a place on my long automotive bucket list – ticked off now. I’ve driven over 100 cars as an auto journalist, but interestingly, no Lamborghinis, Ferraris, or Porsche 911s to date, all of which are still unticked. If you have one and are feeling kind, I’d be most grateful… 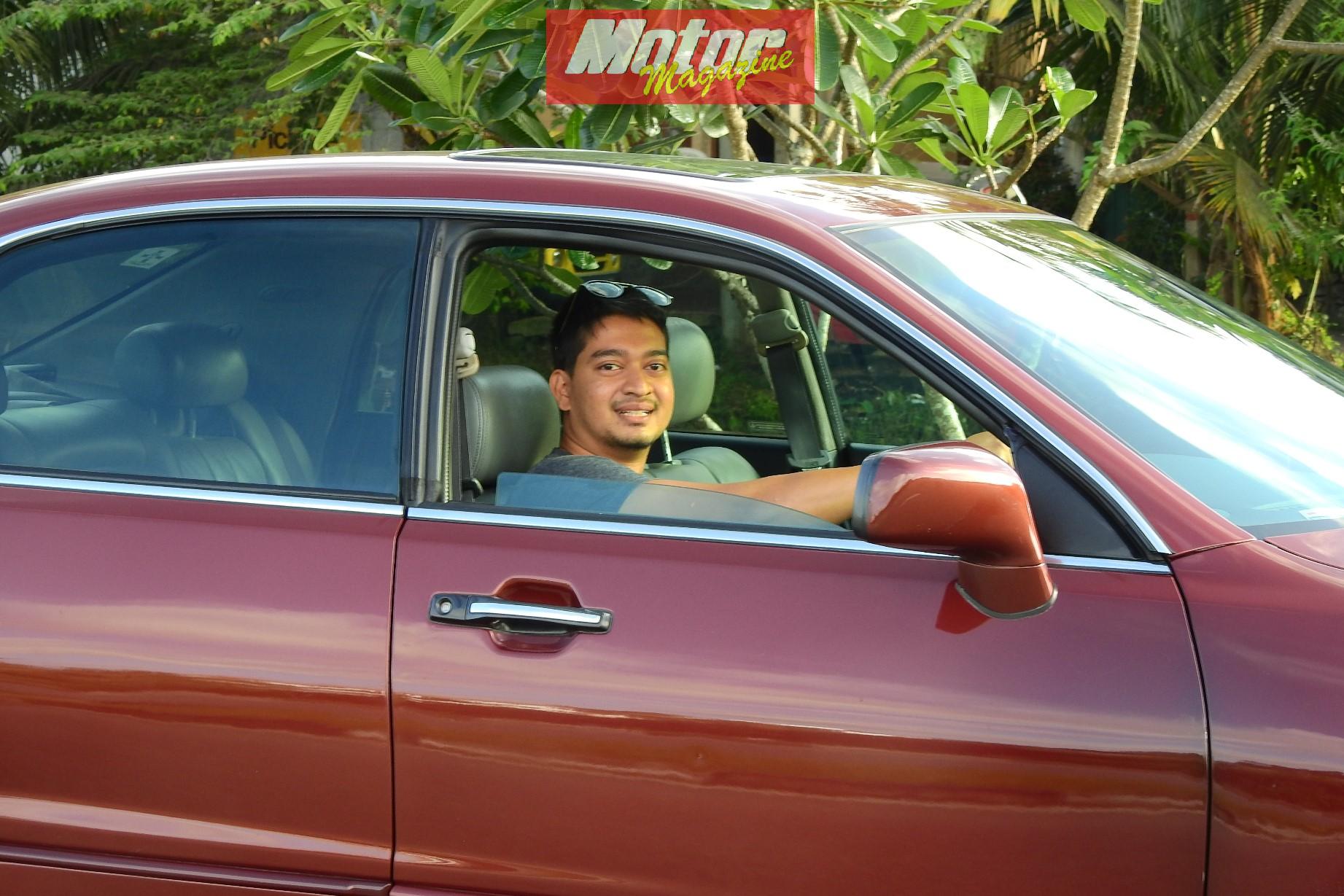 ﻿﻿A chance encounter with Mahen Makalande on the much-viewed Petrol And Diesel Availability Group on Facebook resulted in the Poya Day meetup and drive that is the basis of this article. Mahen had posted a single picture of a meter cluster, I identified it as being a Magna/Verada, commented as such, and the rest is history. It was a pleasant surprise to know that he is an avid reader of Motor, has followed the mag since his childhood days, and it was one of the influences that led him to buy GP 6280. 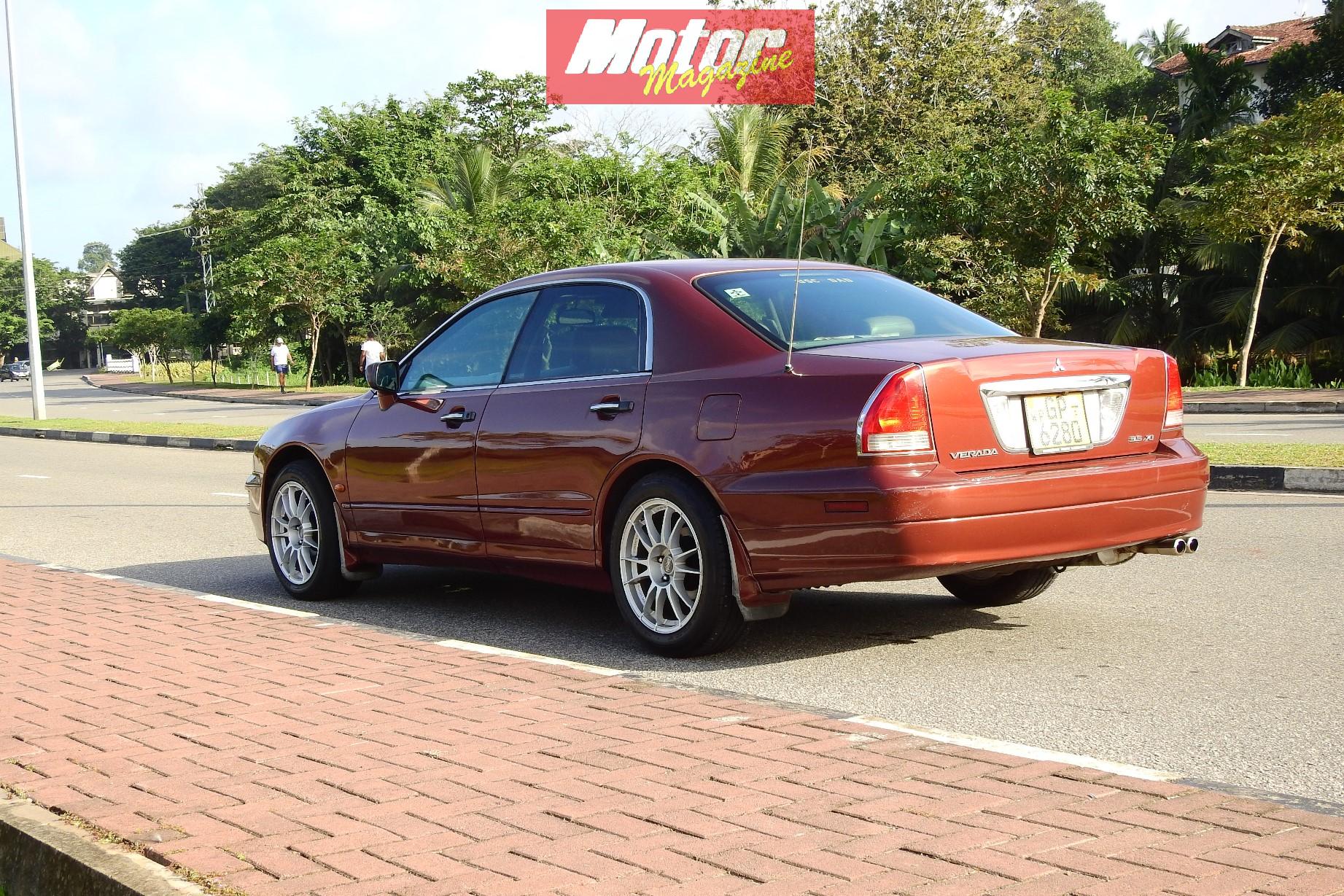 ﻿The Magna/Verada line-up hails from Mitsubishi Motors Australia, which is where this 2000 Mitsubishi Verada 3.5 Xi started life. Built in September 2000 and imported into Sri Lanka in 2002 for the use of then-Chairman of John Keells Holdings, Mr. V. Lintotawela, it subsequently changed hands and was seen in 2016 by Mahen in the car park of the company that he currently works for. Mahen dogged the owner for four years, and when the time to part with it came around, the buyer was ready. Ably cared for by VISS Automobiles, Mahen’s Verada is in pristine order. 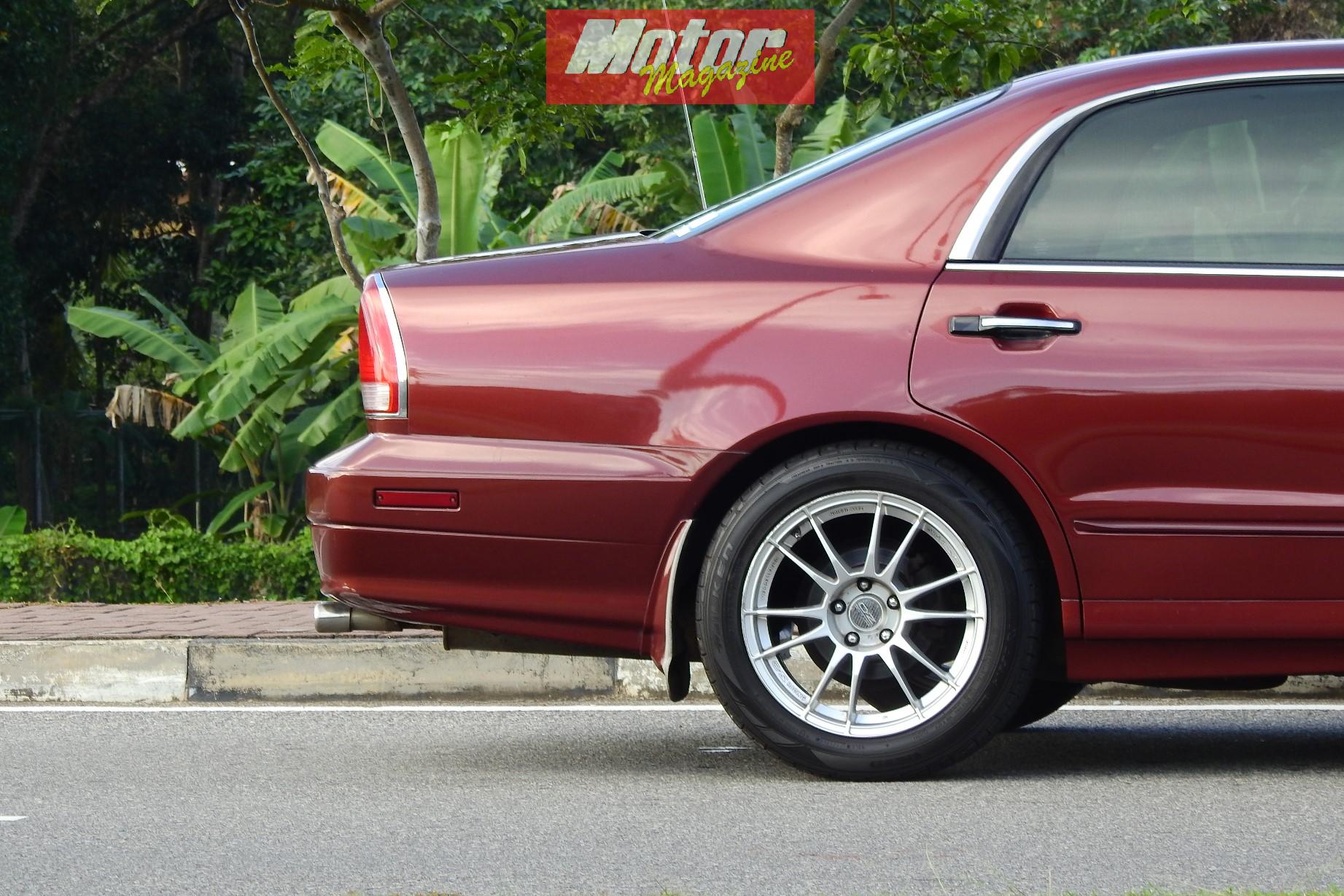 Mahen loves the long, low look of the car, and says that coupled with the ‘Cyclone’ V6, makes him feel like he’s in a low-flying jet! The previous owner had swapped the stock 16-inch alloys for a set of 17-inch OZ Racing units which adds to the distinctiveness, and round back, Mahen likes the American ‘look’ that reminisces the FBI cars from contemporary movies at the time. He lauds the stock sound system too as a music lover, and the car makes him feel special every time he takes it for a drive. He enthusiastically tells me that It’s his weekend unwinder, his stress buster, and he really enjoys driving it. He doesn’t hesitate to unleash the V6 either, and revels in the fact that it can surprise newer cars. 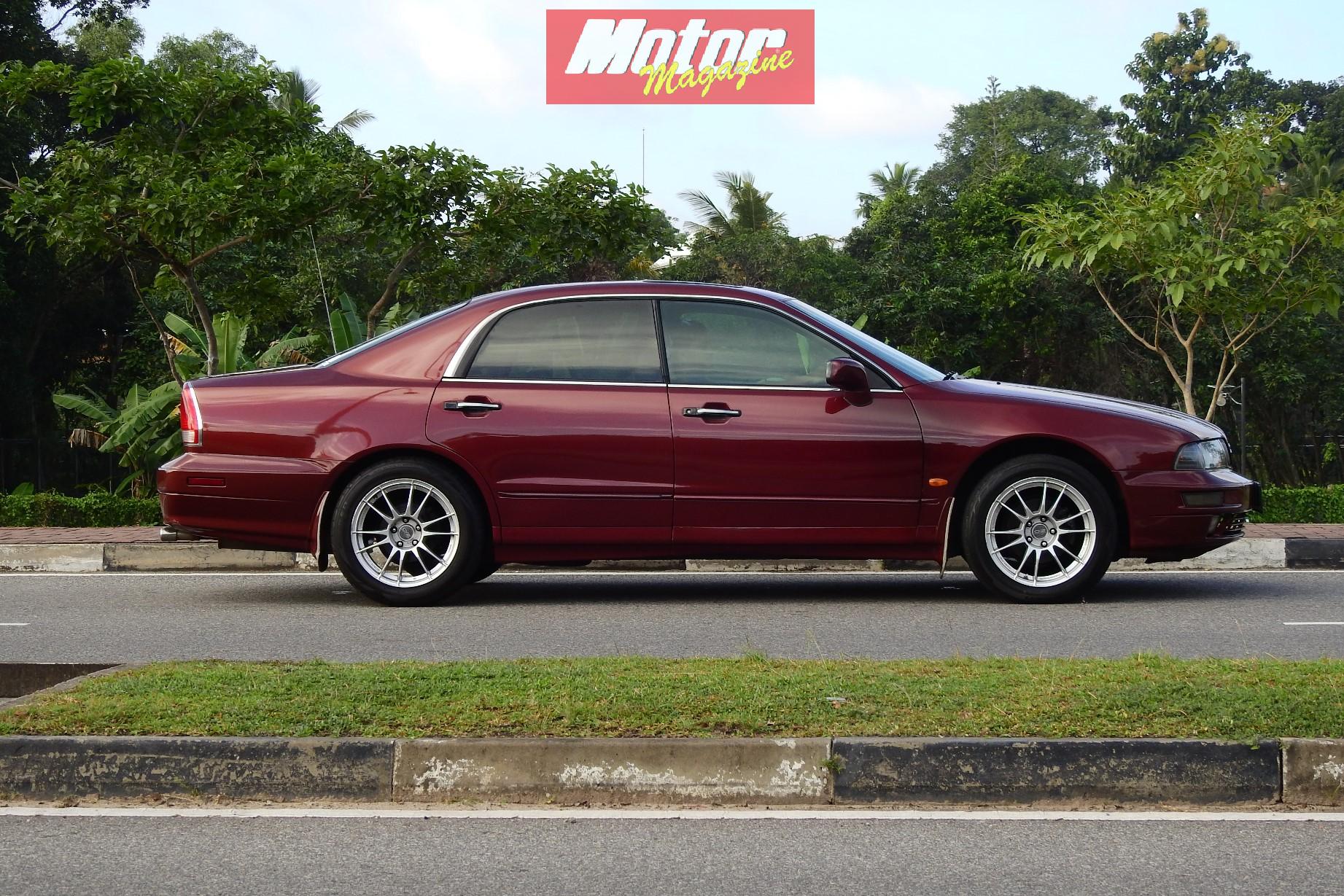 ﻿This is a 4.75m long car, accentuated by long bumpers, boot lid and bonnet that give it a very elongated stance. It’s also got frameless doors, a decently spacious interior, cavernous boot, and sunroof. The Verada’s raison d’etre is to be a long-distance mile-muncher, carrying five adults and enough luggage for a week-long trip. 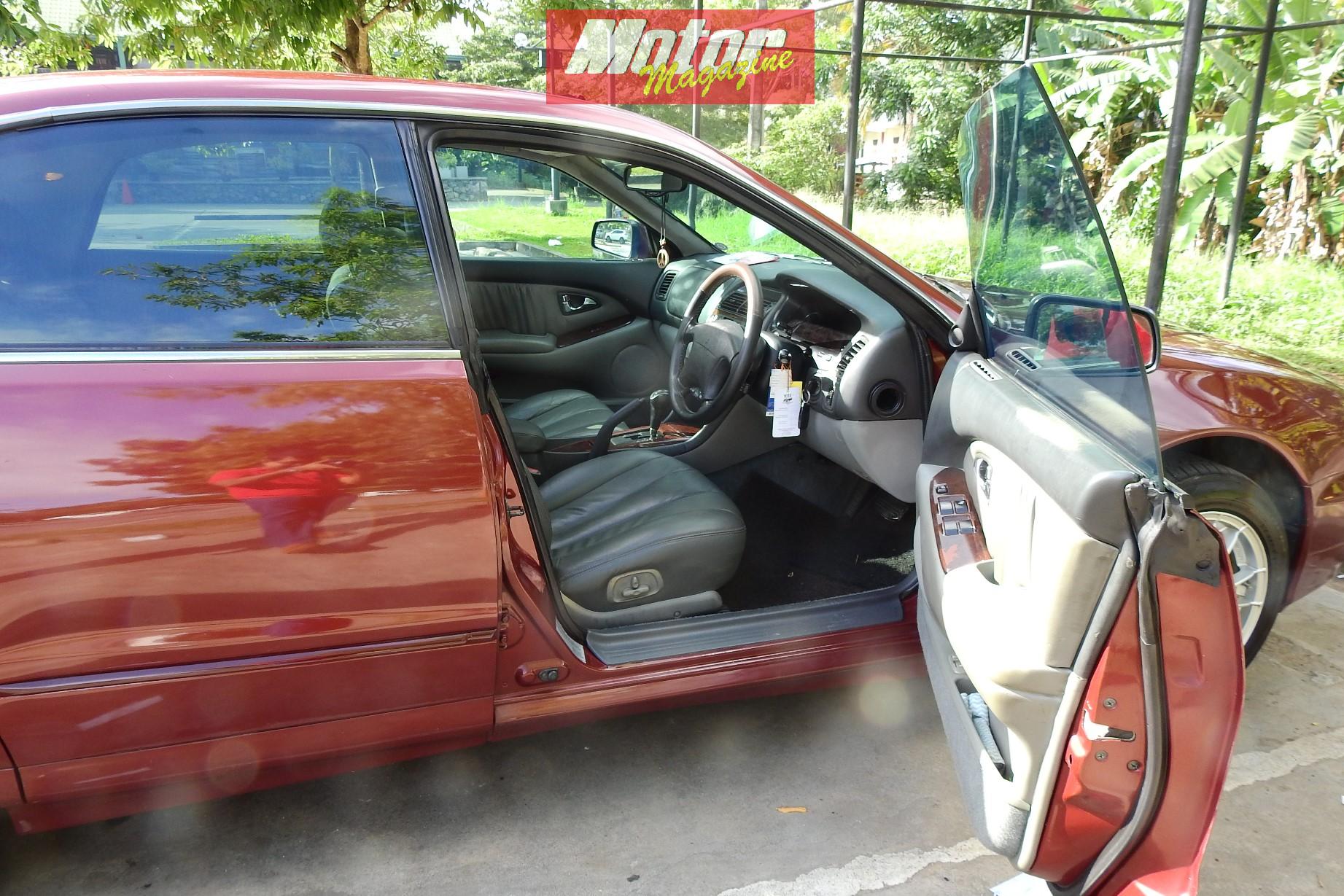 Mahen takes me for a quick spin where I note the hushed cabin environment, plush leather seats, and the verve of the V6 before pulling over and inviting me to take the right seat. Welcome to typical, 2000s Japanese luxury, Australianized. Plush leather seats, electric driver seat, climate control, cruise control, speed alert, trip computer, multifunction steering wheel, it’s all there. The only major change is an aftermarket Kenwood double-DIN head unit, bringing infotainment into the current era, and playing through what I count to be six speakers, all stock. 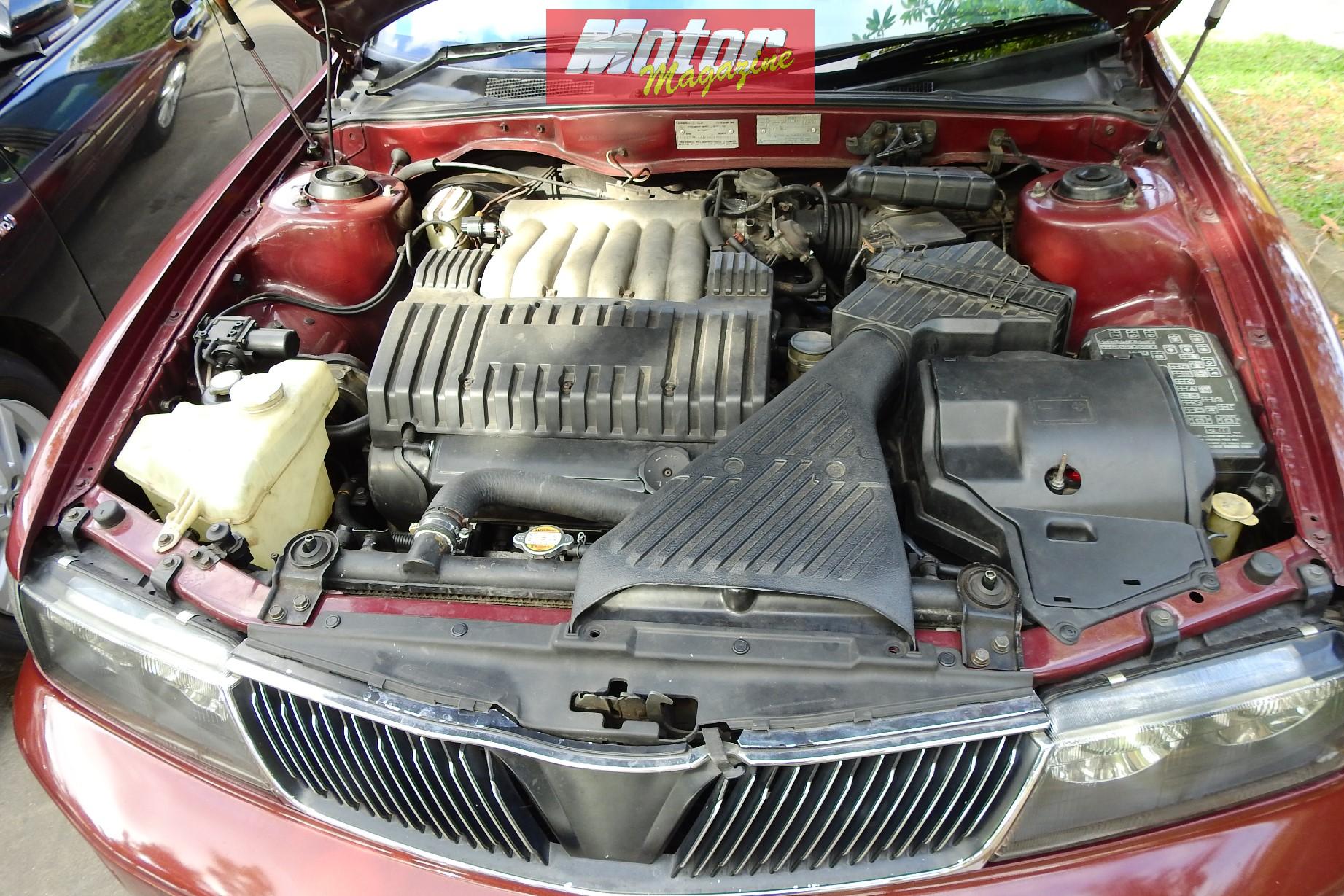 ﻿With just 93,400km on the odometer, the 3.5L V6 hasn’t done a heap of running. Nevertheless, it’s received ample TLC, as has the cooling system and transmission. Being a belt-driven engine of the interference variety, the timing belt change was done shortly after Mahen took ownership, on VISS’ advice. It’s a relatively unstressed engine too, putting out 219hp and 235lb-ft to the front wheels via a four-speed Tiptronic automatic transmission. 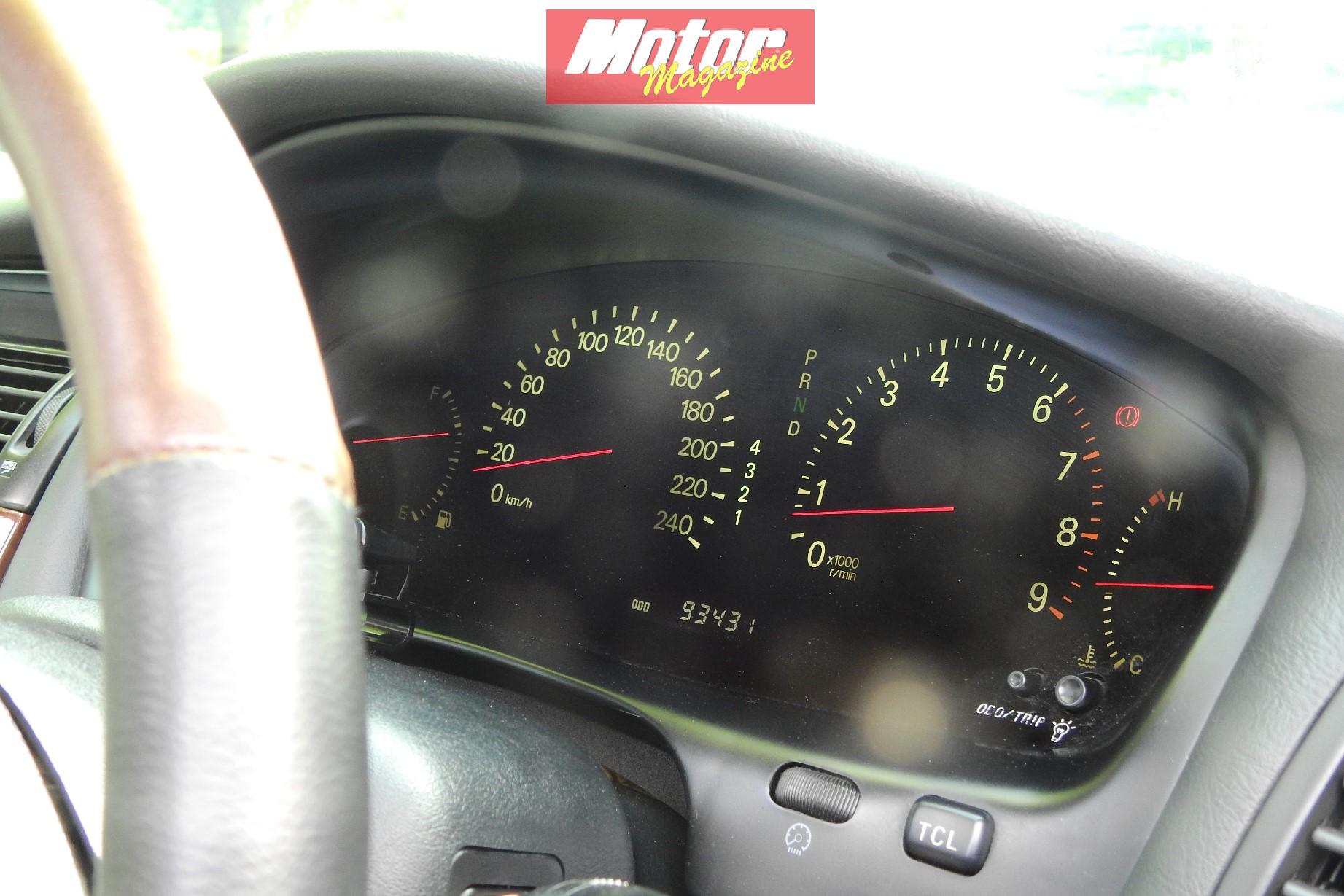 ﻿Don’t let that 9,000rpm tachometer fool you, the Verada is a comfort cruiser. Redline is at 6,200rpm but you can make very nice progress using just 2,500rpm, and even when pressing on, a foray up to 5,000rpm is enough before allowing the autobox to change gears. Mahen has set the speed alert to 80km/h, as it’s really easy to get there without discerning it, such is the refinement of the cabin at speed.

﻿In fact, you are reminded to slow down and relax when life gets a bit frenetic. This car is the perfect antidote to the rat race that’s squeezing almost everyone’s necks these days, in the interests of survival. 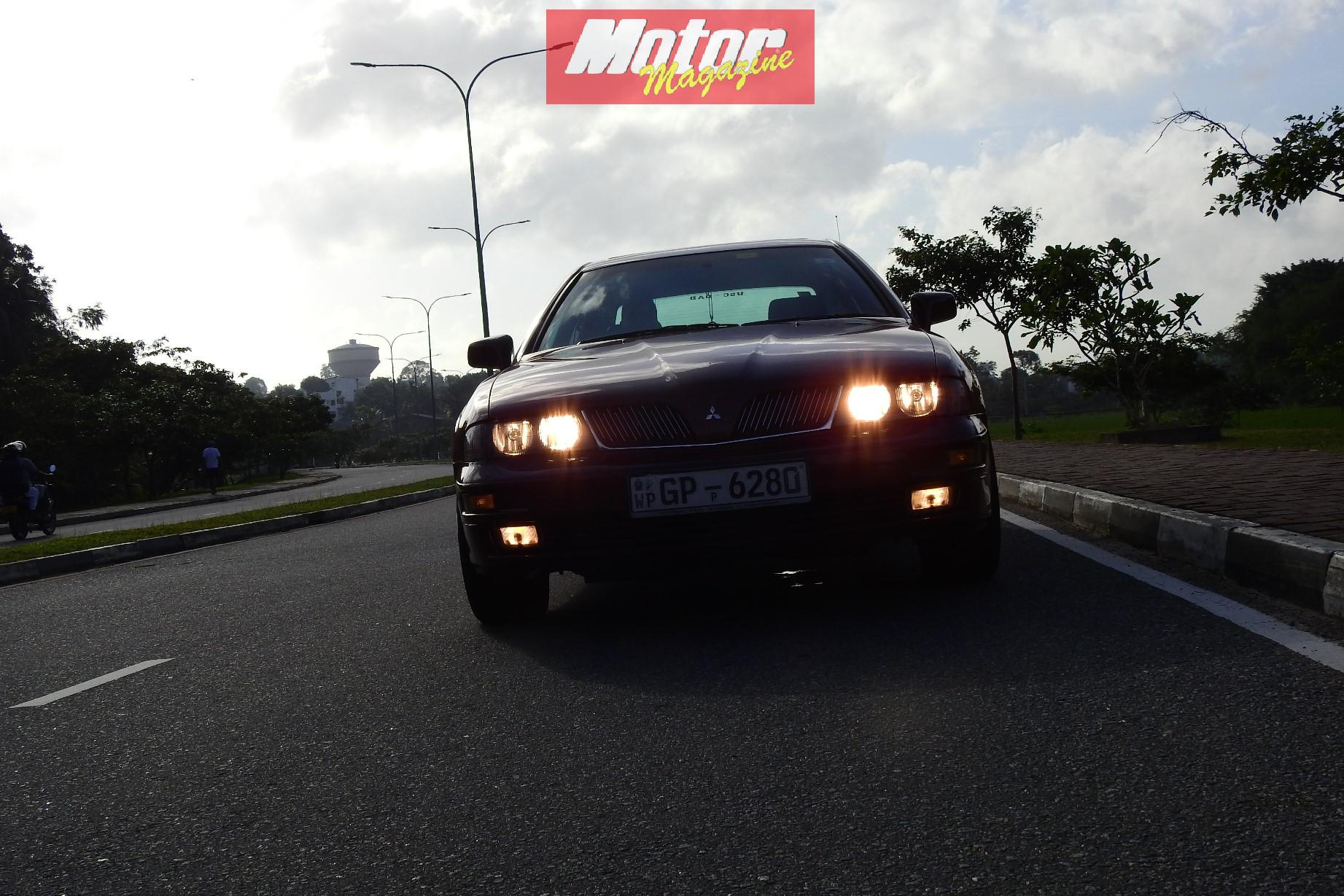 ﻿Let’s address the elephant in the room – fuel economy. Mahen gets almost 6km/l in regular running with AC on, which isn’t bad for a 3.5L engine. He’s been able to crack almost 8km/l when traffic is light and without AC, opening the windows and sunroof to keep cool. 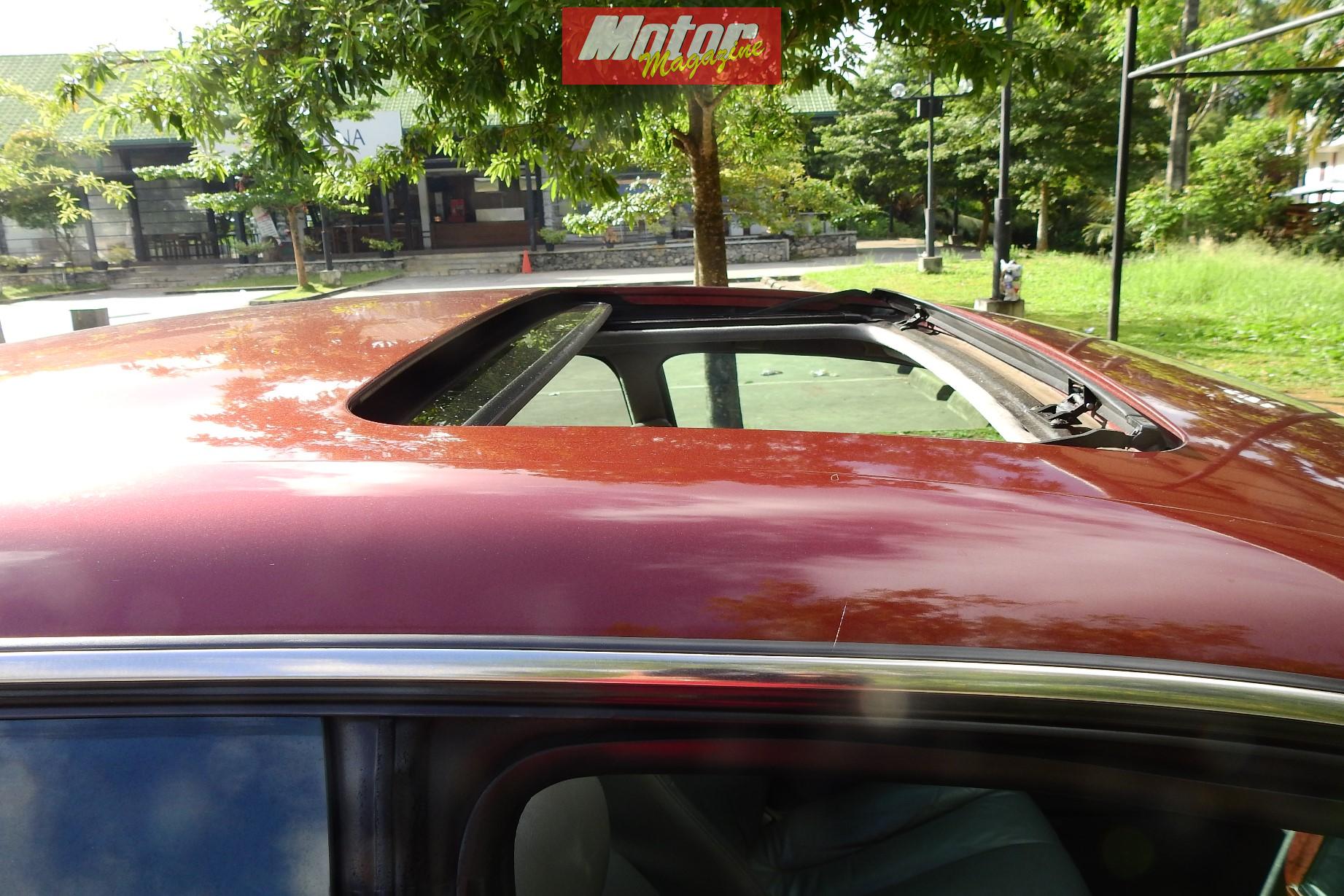 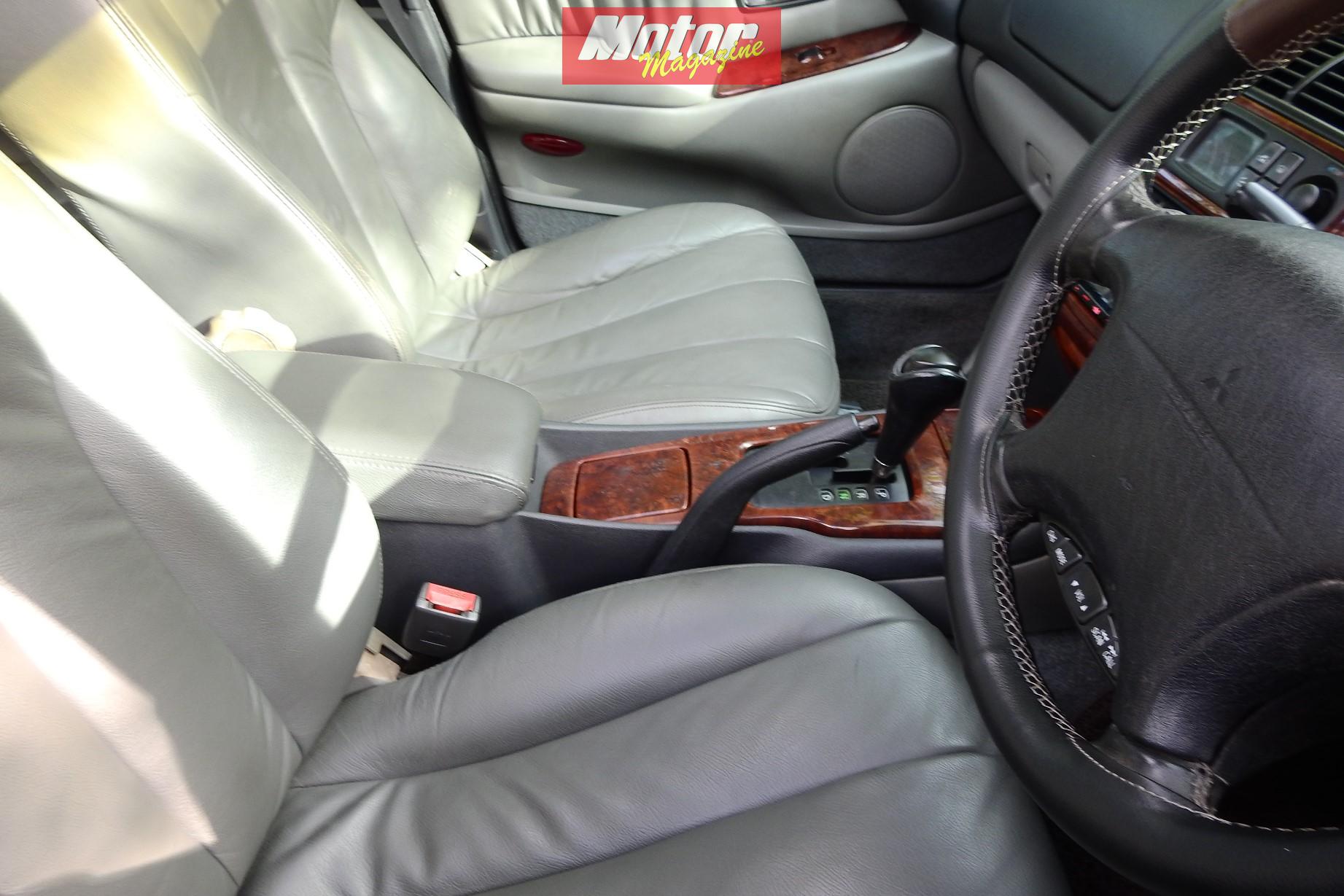 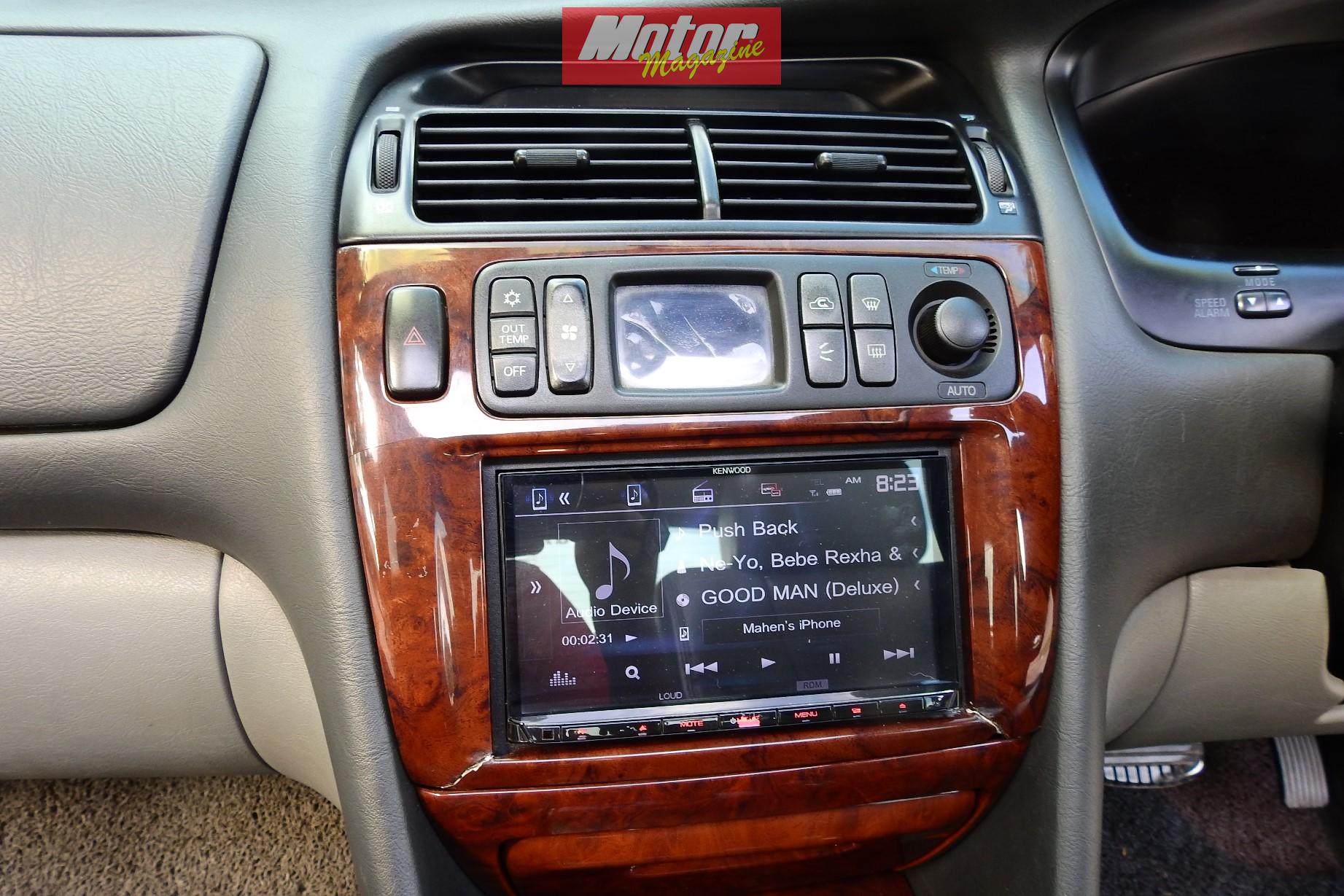 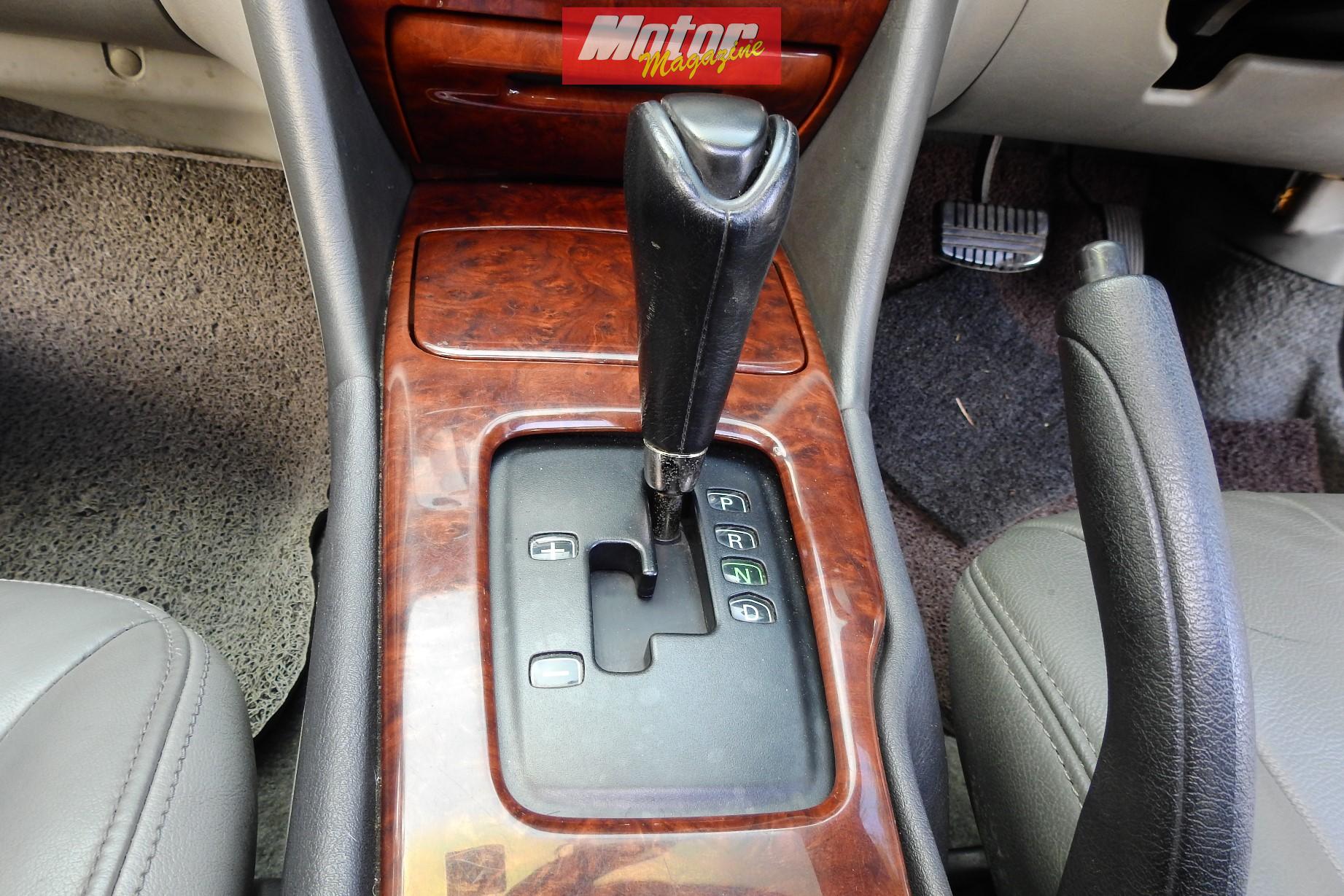 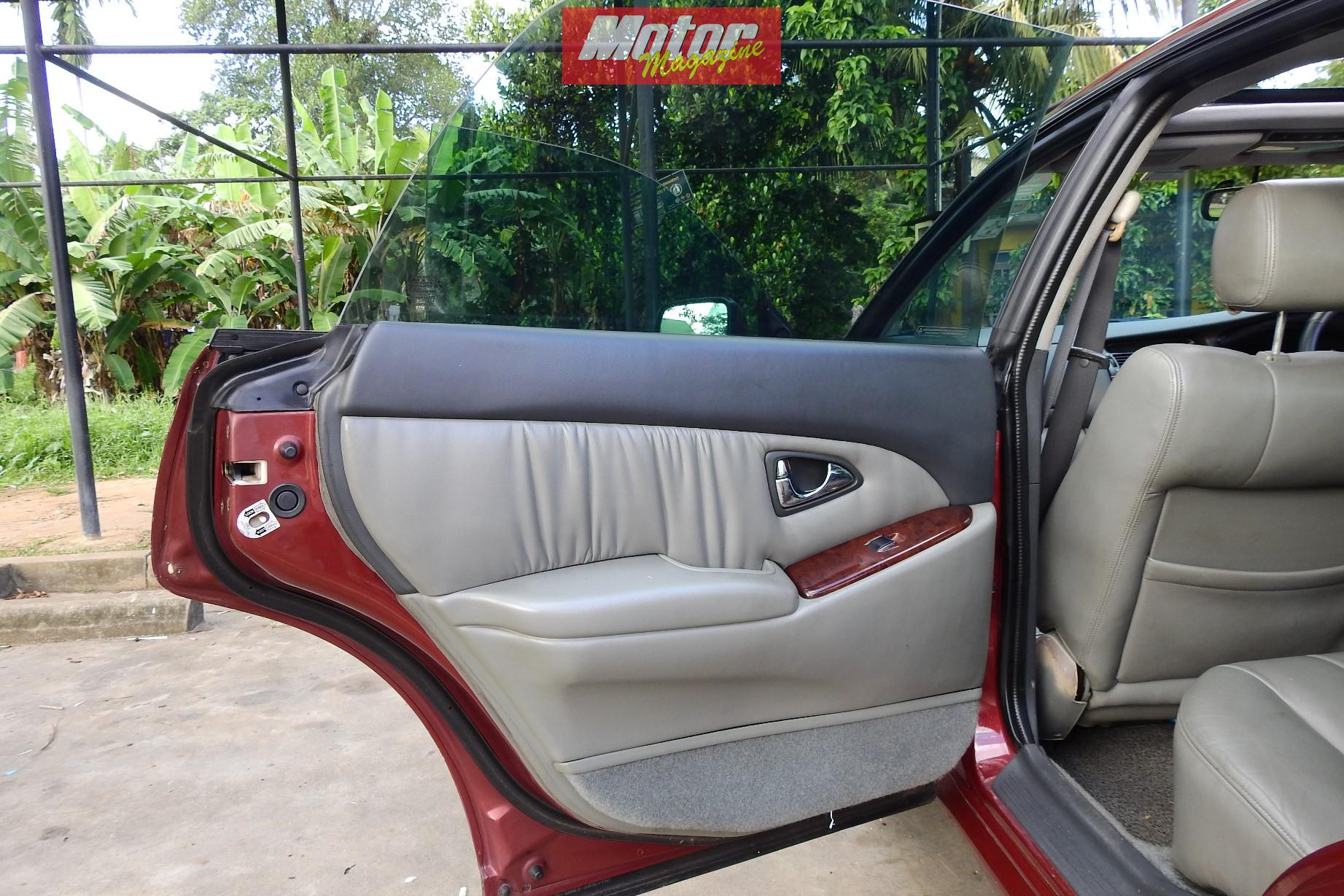 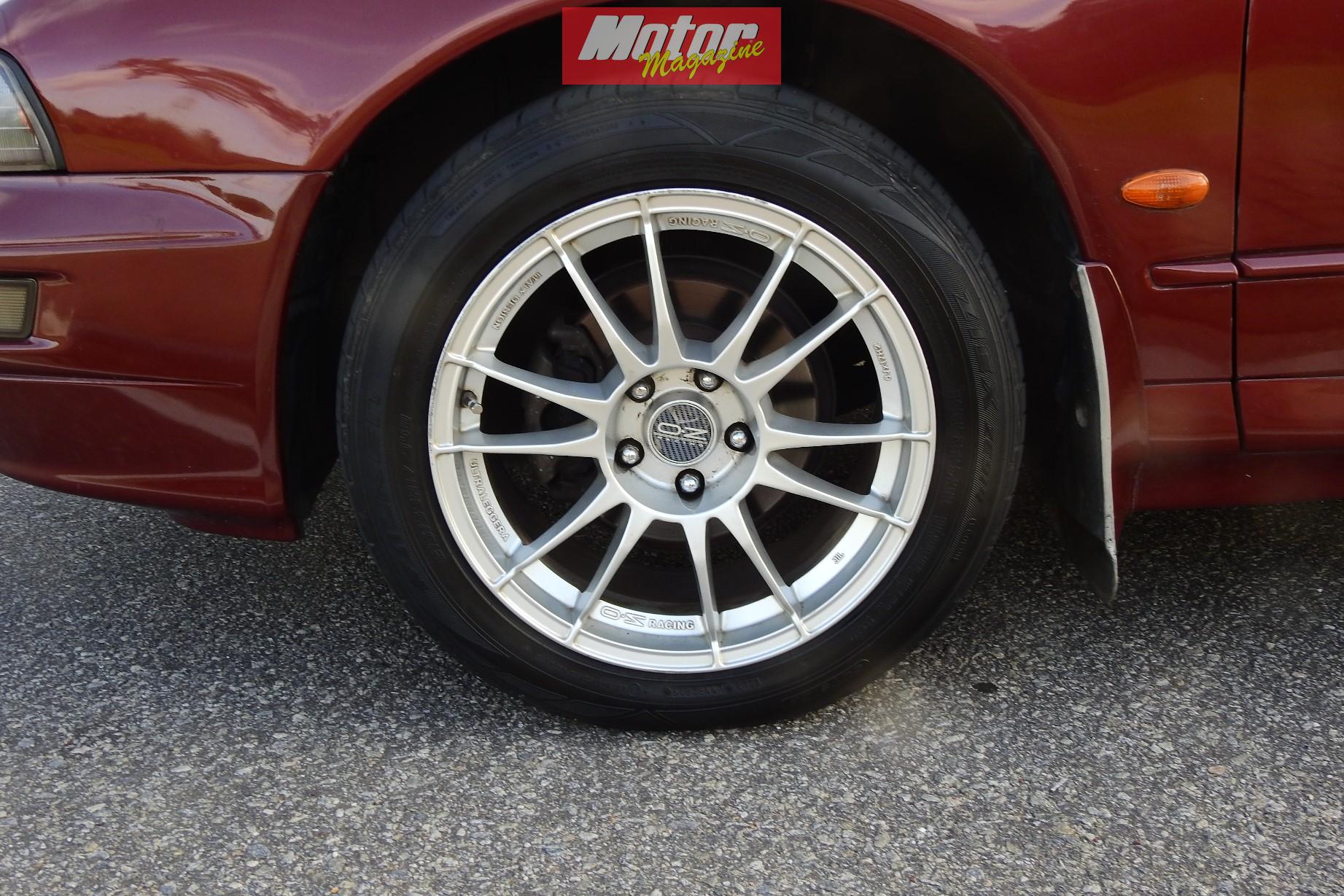 ﻿Why did the Verada sell so few units in Sri Lanka? Well, it had to content with a host of competing options, many wearing German prestige badges, and of course, the fearsome Toyota Camry. Add the stigma of the 3.5L engine, and you can see why so few sold in Sri Lanka. Parts need to be sourced from Australia, which explains why fewer are still running, although Mahen says it’s not difficult to find, as spares are plentiful in Australia, and VISS Automobiles know how to keep his Verada running smoothly.