The Alfa 156 that went into hibernation with 1,800 kms on the clock

The Alfa 156 was introduced at the 1997 Frankfurt Motor Show as the replacement for the Alfa Romeo 155. The 156 received a positive reception and in the following year went on to win the 1998 European Car of the Year award. The 156 also marked a turning point in the fortunes of Alfa Romeo; having made a huge contribution in getting back the confidence of car buyers. 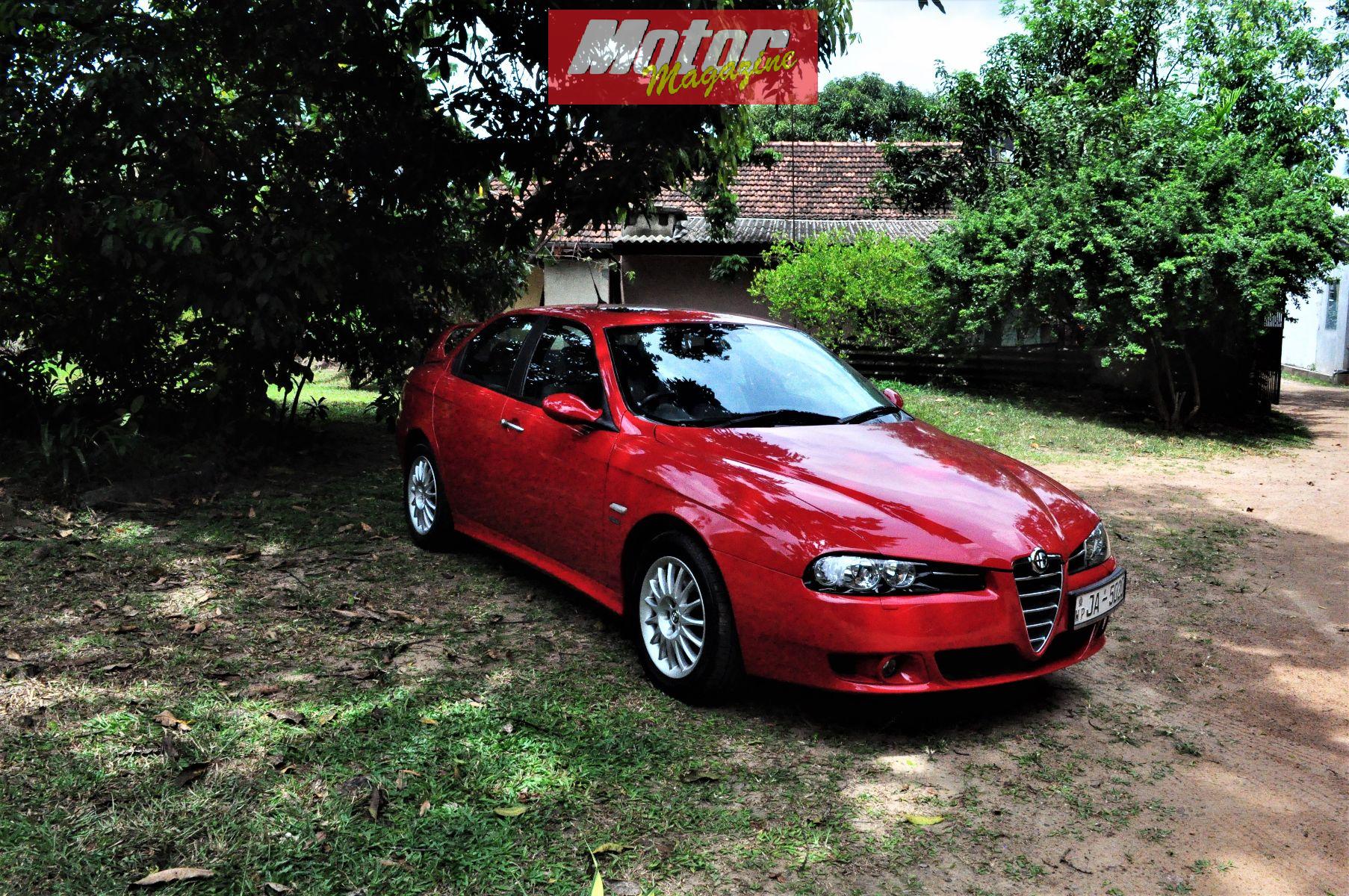 ﻿In Sri Lanka, the brand and 156 in particular made some progress with the local agent Premier Automobiles under whose watch the initial lot of 156’s were imported to the country. However, soon after that, Premier Automobiles sold their franchise to Auto Italia.

﻿The “facelifted” Alfa 156’s were imported to the country during this time. JA 5020 which is featured here was one of that batch of facelifted cars that were imported in 2001. The car was ordered by a gentleman who was a very fastidious Alfa Romeo fan and had ordered the car with the highest specs possible at the time, including Selespeed transmission with paddle shifts, interior leather of his choice and a high-end stereo system to name but a few. However, the car arrived with all the right specs - other than the right stereo system! The agent Auto Italia tried to compensate by ordering the right stereo and installing it locally. However, the customer was not happy, as he did not get a car with all the “factory” options. In any case the local installers (of the stereo) at the time could not get the steering wheel controls for the stereo to work. End result was that the customer rejected the car and it went back to the agent. 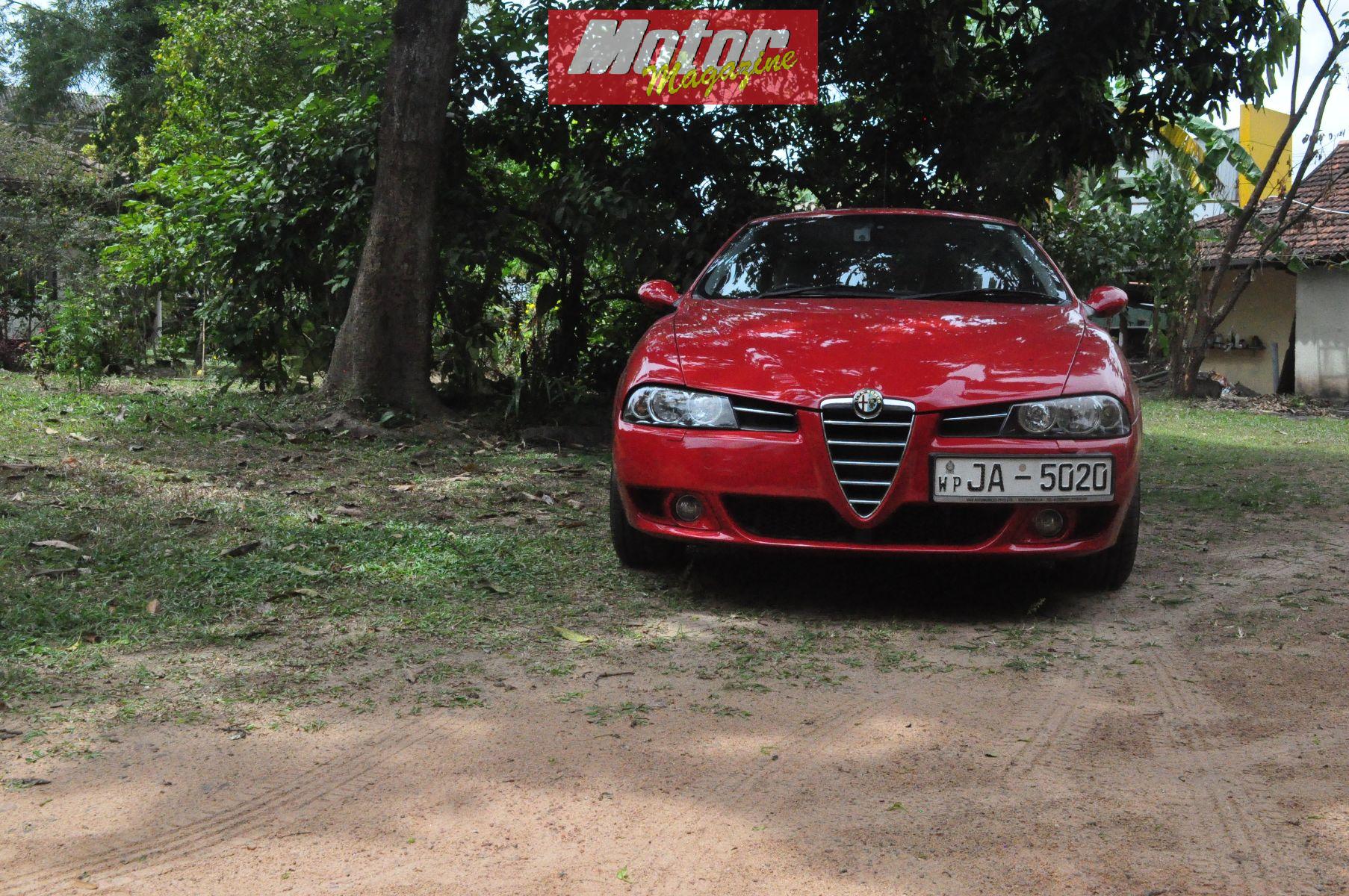 ﻿The story goes that the Managing Director of Auto Italia bought the car off the customer by obtaining a lease from a leasing company. Soon after that though, Auto Italia became bankrupt and went in to liquidation. The MD then “sold” the car to a gentleman (we shall call him AP), with the promise of settling the outstanding lease and transferring the ownership to AP. However, AP was unaware that there were arears of lease payments, and that the MD had not settled the lease. So finally, the leasing company ceased the car from AP and legal action was instituted against the MD of Auto Italia. The car had some 1,800 kms on the clock at this time, and it went in to storage in a warehouse (belonging to the leasing company) which had a tin roof. And it sat there for some 18+ years(!) while a long drawn-out court battle was going on. The court case would have had additional complications because Auto Italia was liquidated in the midst of all this. 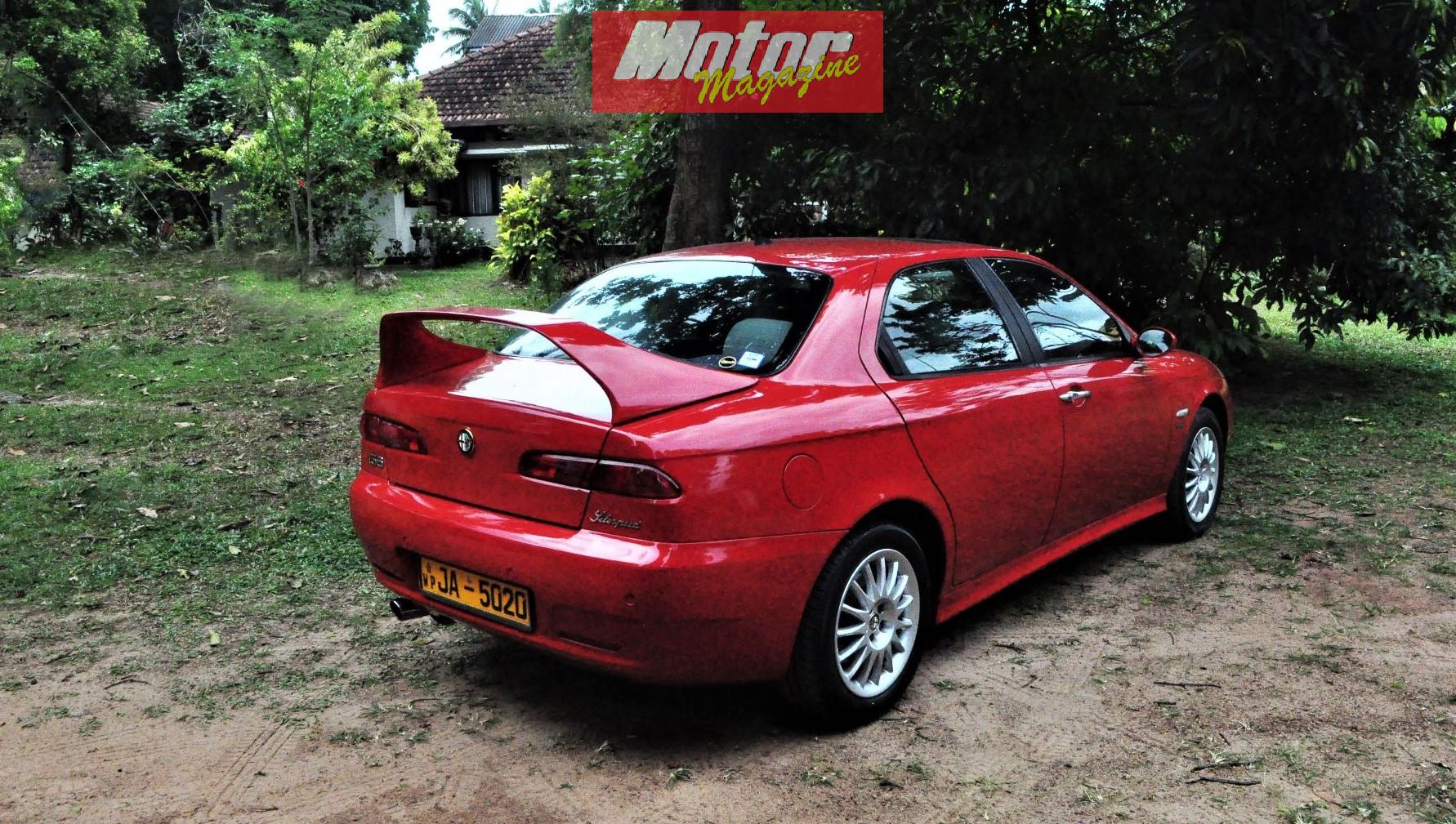 ﻿Fast forward to 2018; one of the directors of VISS Automobiles is Indika; who is well known for his expertise when it comes to Italian cars. Indika has worked at Premier Automobiles as well as Auto Italia, and is a walking directory of Italian cars that were brought in to the country in recent times. Another director of VISS is Sulochana, who himself is an ardent Italian car enthusiast. Sulochana was on the look-out for an Italian car that he could use as a daily driver. Indika knew the story of JA 5020 and said that it could be worthwhile if AP could be contacted; to ask about this car. After all, this car by now was probably the lowest mileage Alfa 156 in the world! When Sulochana called AP, he said that he was glad that Sulochana contacted him regarding the car, and that he would check on the status of the court case with his lawyers and get back to him. Some months later AP called Sulochana and said that he had reached an agreement with the leasing company who in turn had contacted the former MD of Auto Italia and had come to a compromise… that Sulochana could have the car! 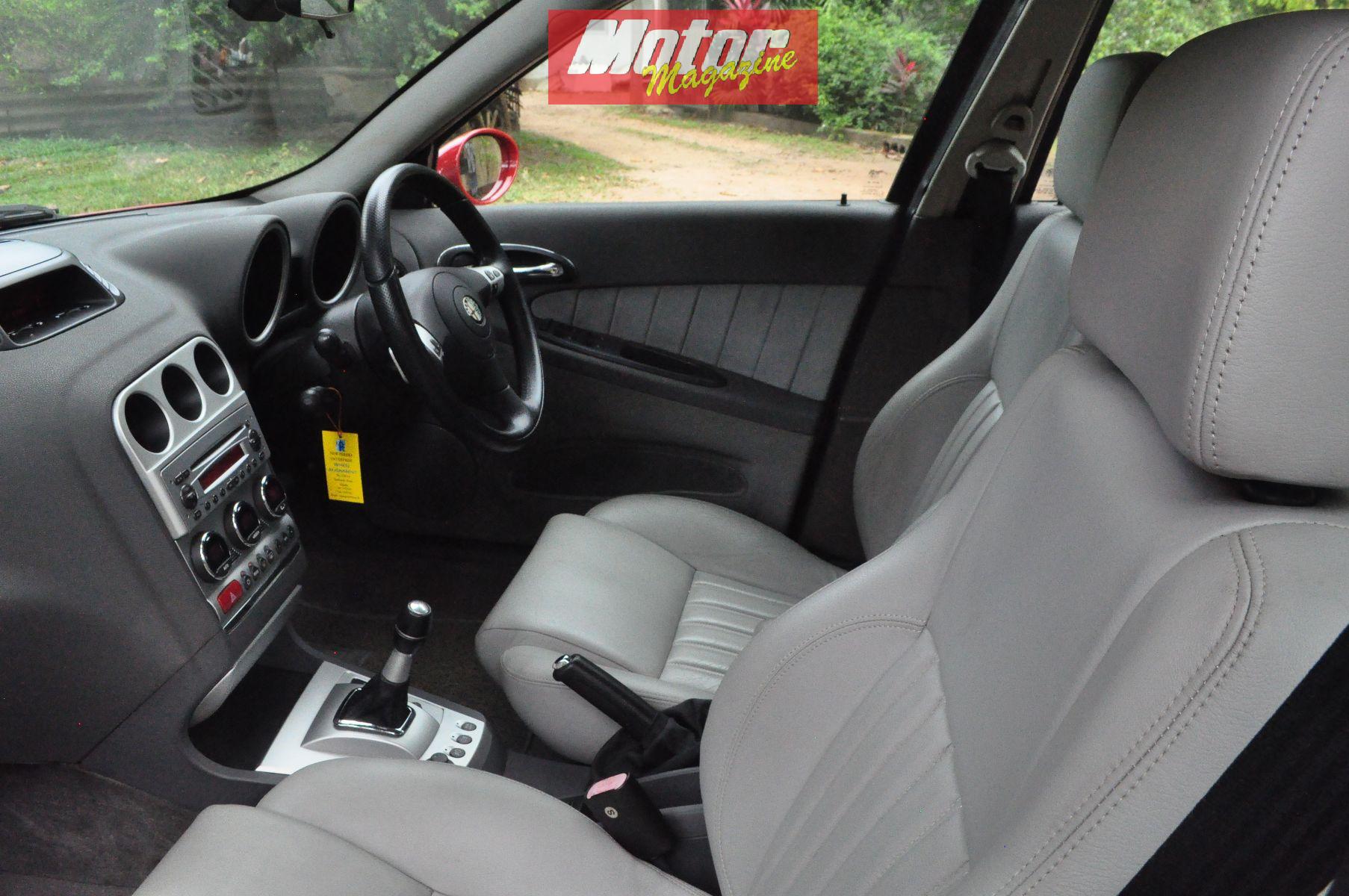 ﻿JA 5020 was loaded on to a car carrier and brought to VISS Automobiles. Before attempting to start the car, on the recommendation of Indika, all the drive belts and timing belt were replaced. The tyres… although they looked brand new, had sat in a hot environment for 18+ years, and had technically expired. Needless to say, once cleaned up, the body looked unblemished. However the headlights were cloudy and the two Alfa Romeo badges front and back were faded. The original red paint had lost its lustre due to its 18 year stint under a hot tin roof, and no amount of polishing could revive it. However, after the belt replacements, with a set of new tyres, Sulochana used the car as it was until 2022, when he decided to do a repaint in the original colour and replaced the two headlights and Alfa Romeo badges. 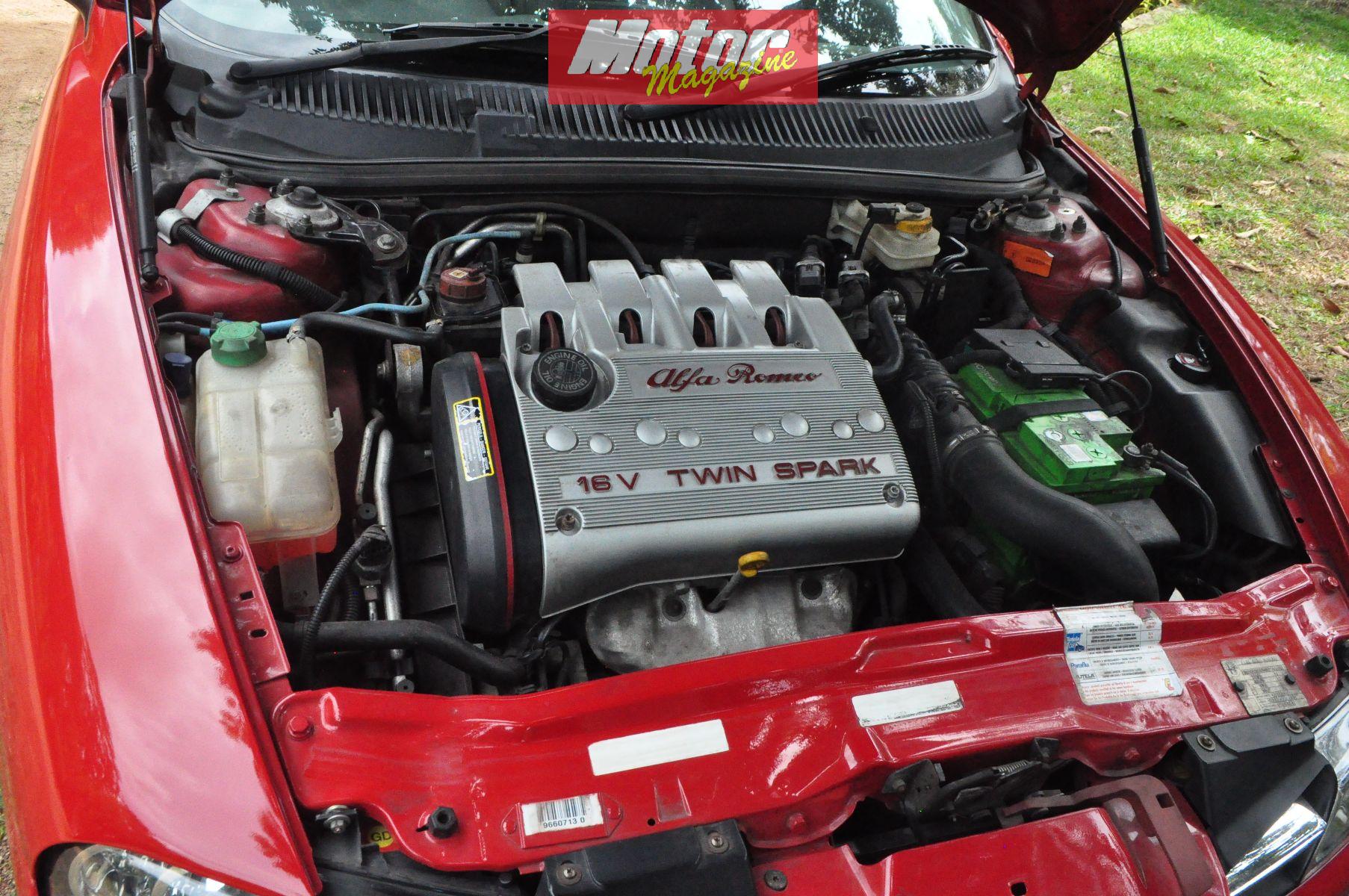 ﻿﻿At the time we photographed the car, it had some 16,000 kms on the clock. Sulochana has been using the Alfa as his daily driver - and enjoying every minute of it – until the current local fuel crisis has meant that it is currently a “week-end” car. Surely this must be the lowest mileage Alfa 156 in the world? 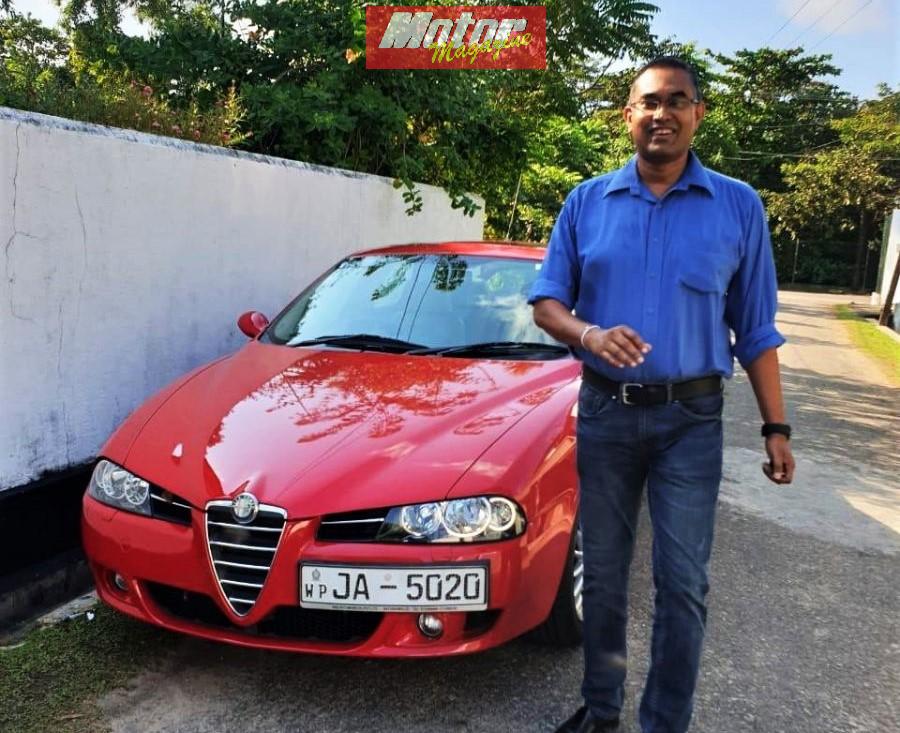