The Toyota MR2 has been on Shirendra Lawrence’s bucket list ever since he saw the model brand-new in UK while pursuing his higher studies. At the time, this two-seat mid-engined Japanese thing represented a futuristic yet attainable option in the UK. However, as a student struggling on a budget, a car was the least of his priorities, let alone a brand-new sports car. 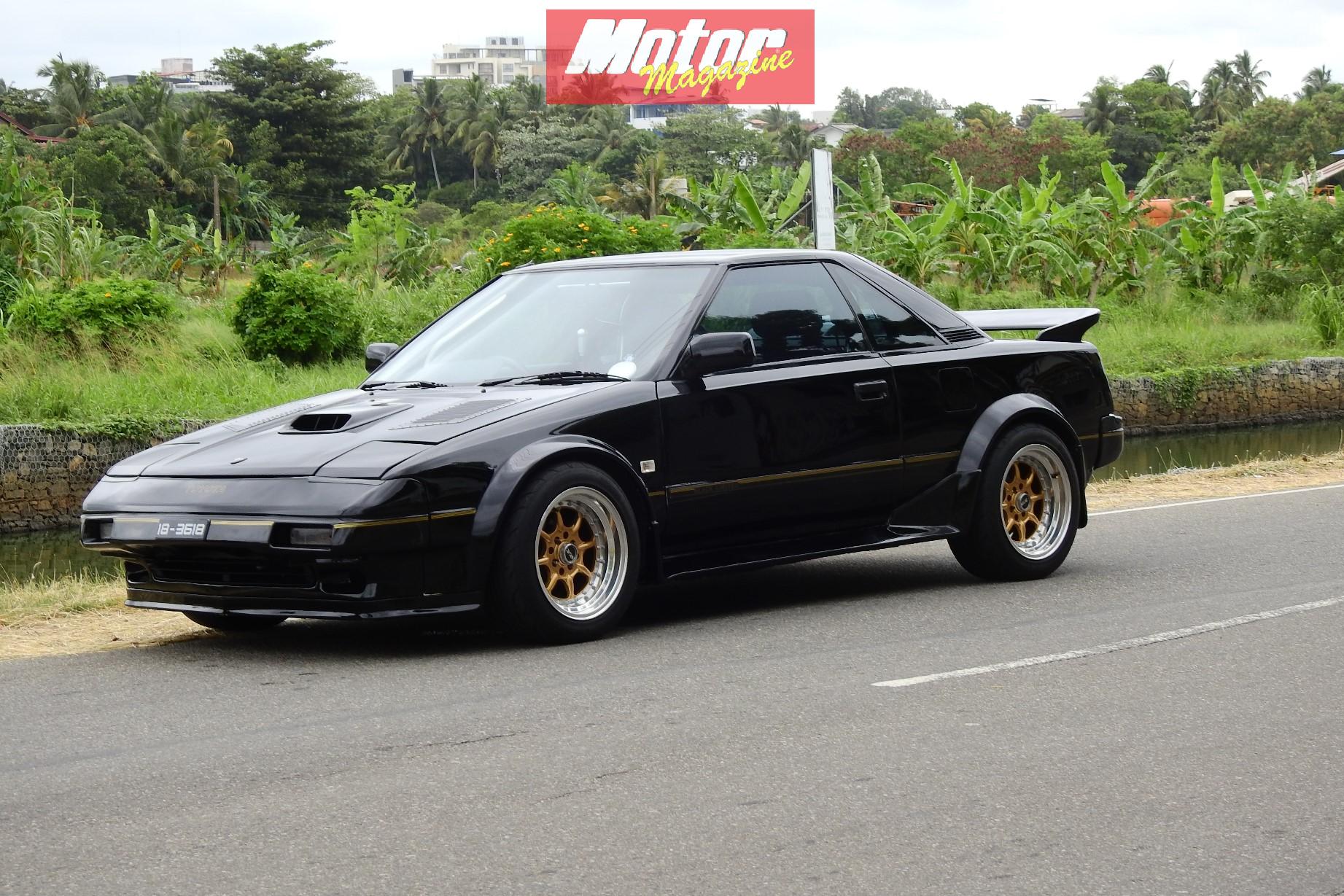 ﻿Fast forward a couple of decades and Shirendra would find himself the proud owner of 18-3618, in its full Eighties glory, pop-up headlamps, 4A-GE engine and all. This being a 1986 JDM version, (which thankfully found its way to our shores in 1989) the 4A-GE 16-valve mill was rated to put out 120hp to the rear wheels via a five-speed manual transmission. While the 4A-GE still lives under the hood, everything else is changed, as we will learn. 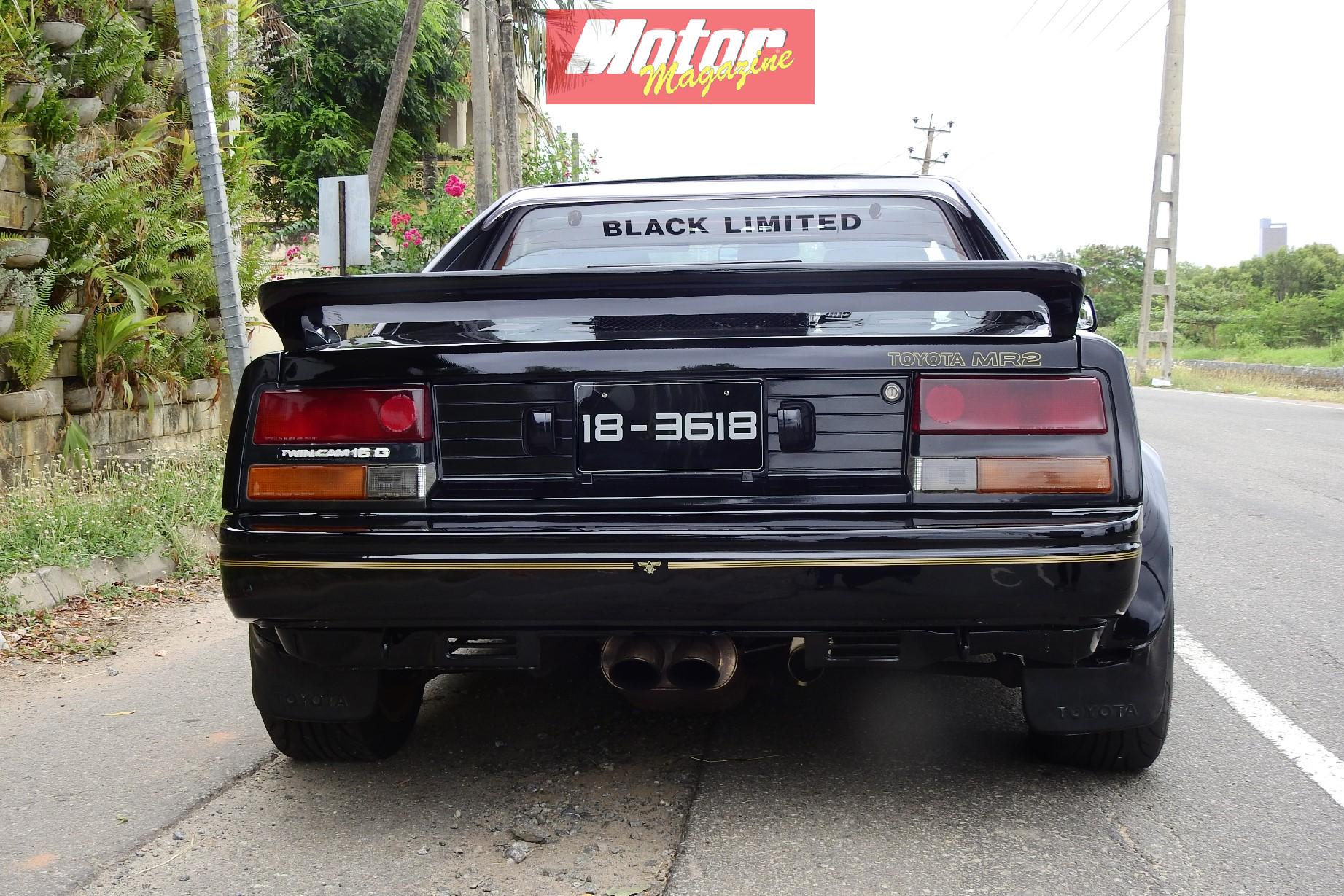 ﻿Seeing the car come along to our photoshoot, it’s unmistakable as not only a first gen MR2, but a particular unique one. There’s been a fair bit of cosmetic enhancement, but it’s all purposeful. The bodywork has been widened by around 3 inches whilst maintaining the original design characteristics, including custom wheel arches and door sills to accommodate wider wheels. The rear spoiler is what’s known in MR2 circles as the Plumley Spoiler, named after the man in the UK who designed it to improve high speed airflow. Everything on it remains road legal, the headlamps, tail lamps, indicators, and even the exhaust are all fully road legal – that is until you open the exhaust valve, when bangs, crackles and pops ensue.

﻿Shirendra takes me for a quick blast and it’s probably the most physically demanding experience. I am a nervous passenger, and this honestly tests my limits. Once the turbo kicks in at what I estimate around 4,000rpm, it’s a constant stream of eye-widening power, punctuated by a kick in the back as he works the sequential box through the gears. It’s raw, it’s visceral and surprisingly, not too noisy inside, even with the exhaust valve open. The air conditioning is present and functional, there’s even the original power windows, central locking, radio cassette stereo, seats, and carpets. The original instrument binnacle plays host to a AIM MXS dash display that’s been artfully fitted, flanked by the functional original fuel, engine temperature, voltmeter and oil pressure gauges. 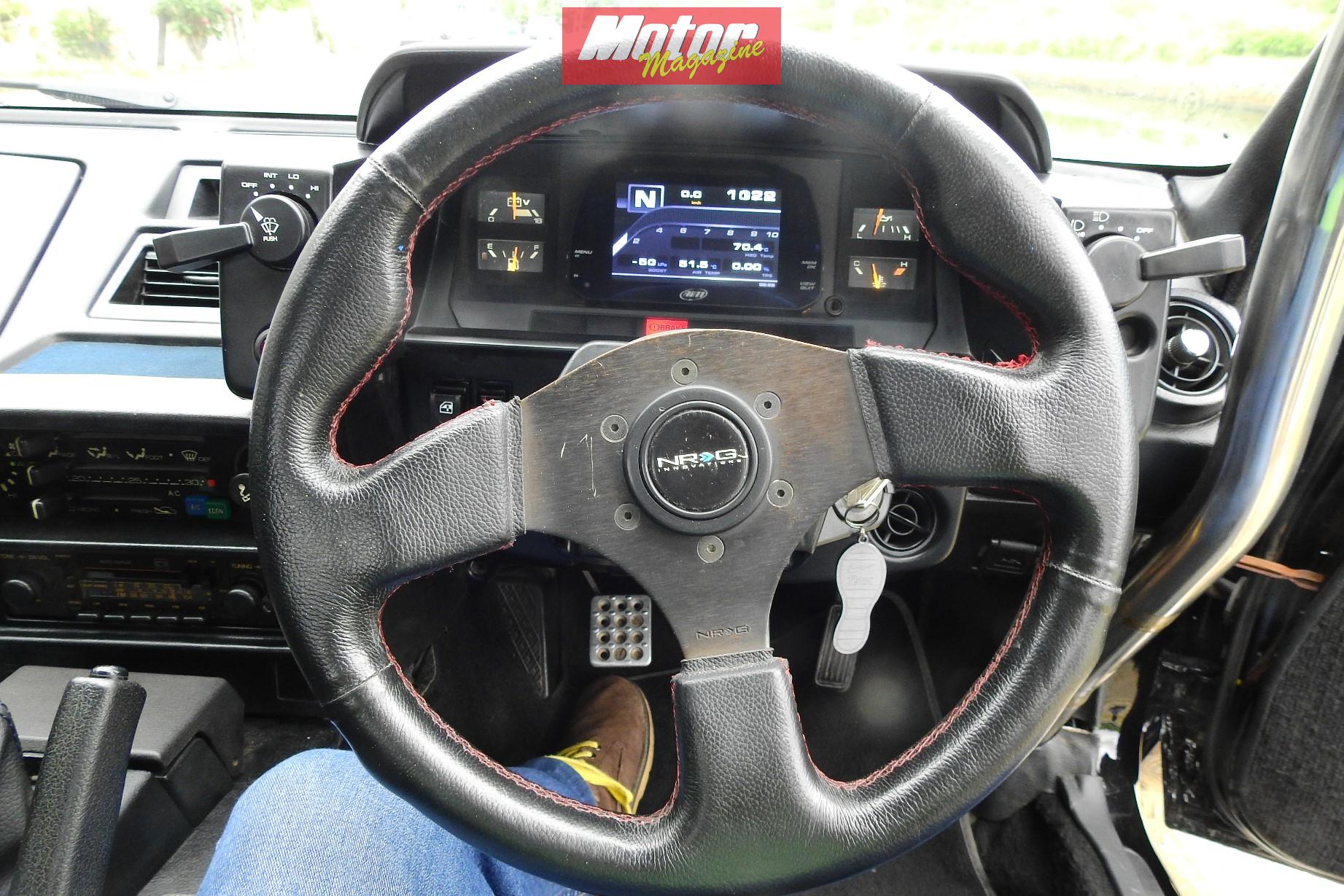 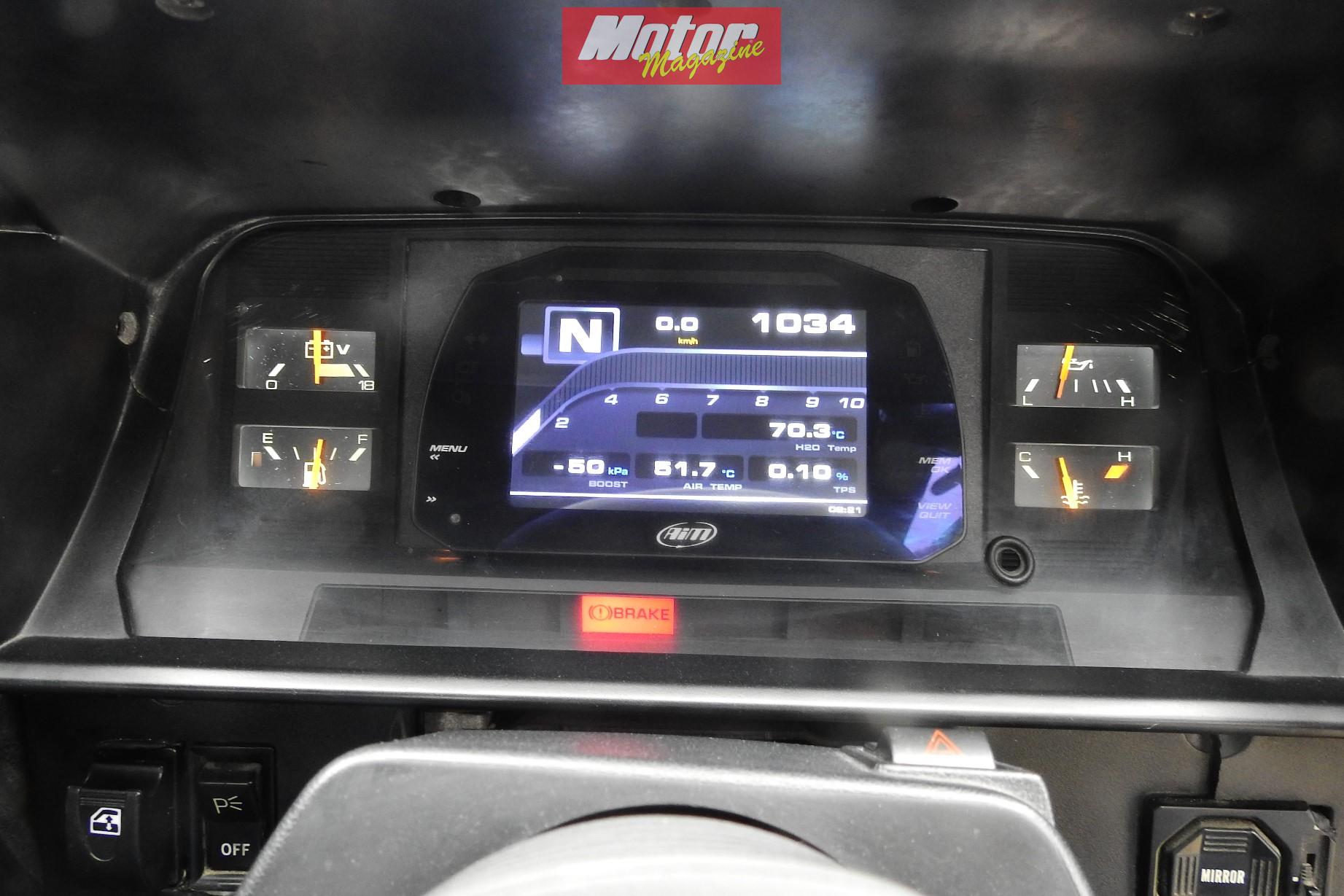 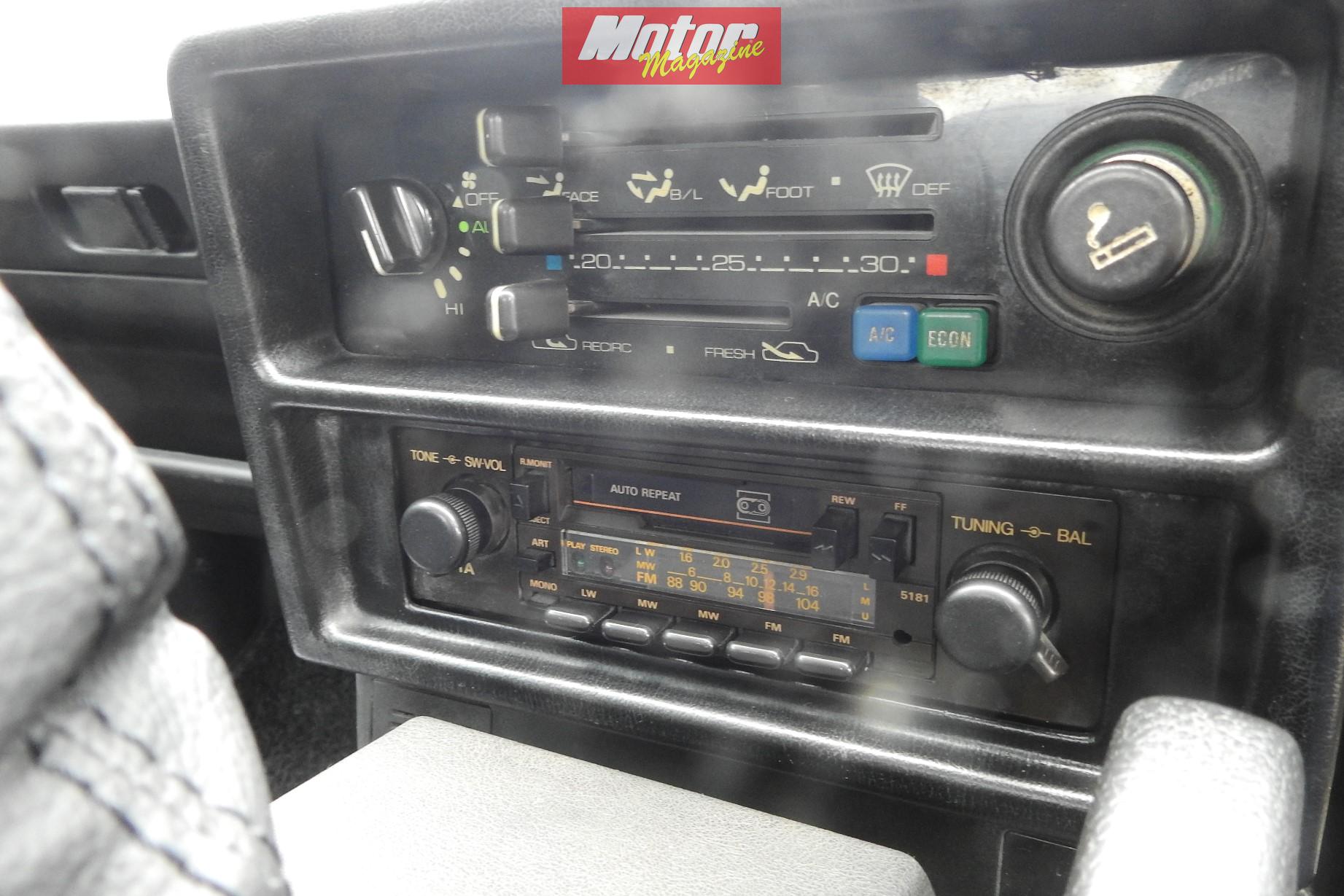 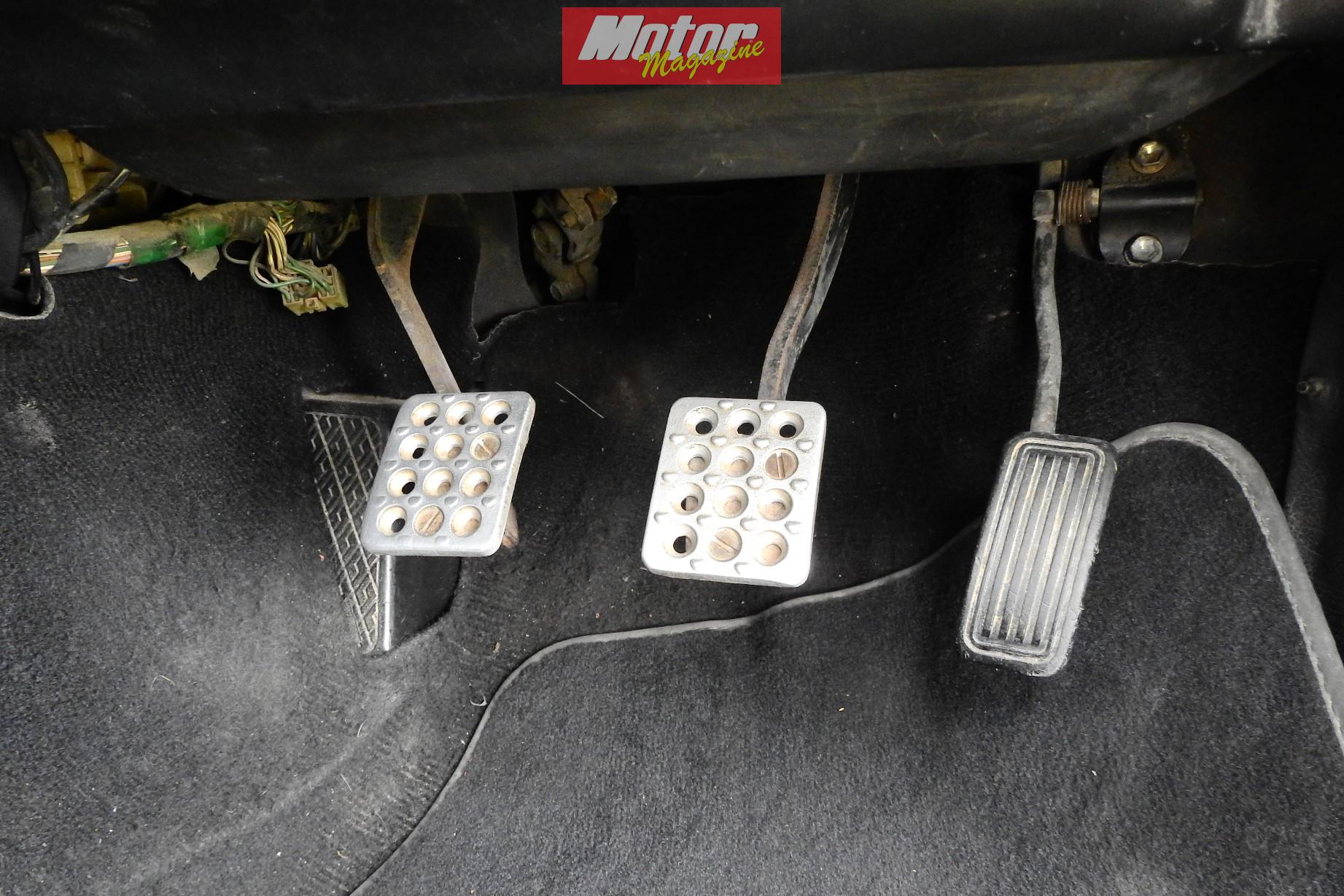 ﻿So what makes this car, that came from the factory weighing in at a mere 950kgs, so fierce? This car is a work in progress that’s constantly evolving. The 4A-GE mill has received Wiseco forged pistons, Pauter connecting rods, ACL bearings, a TRD head gasket and ARP head studs. It needs all this, because it’s now force-fed air that’s filtered by a K&N cone filter before being sucked straight into a Garrett GT28 turbocharger – and that’s for road use. Shirendra actually straps on a Garrett GTX30 unit for drag or race events. Once compressed, the charge is passed through a water-cooled intercooler with front-mounted heat exchanger. A TIAL 38mm exterior wastegate and Turbosmart blow-off valve keep things safe.

The exhaust is the work of Wicked EP Racing (WEPR), with their custom manifold and an APEXI electronic valve, while fuelling is ensured thanks to the AEM high flow fuel pump, Turbosmart fuel regulator and Injector Dynamics high flow 1,000cc injectors. A Haltech Elite 1500 ties it all together, and incidentally, this is where the modification journey started. The car’s original ECU was giving trouble, and Shirendra had to change it. Installing an aftermarket ECU kickstarted a dream… a spark was lit, and the fire continues burning.

﻿The power is sent to the rear wheels via a Quaife sequential gearbox with custom ¼ mile ratios, custom final drive, OS Giken twin-plate clutch, custom driveshafts and a TRD mechanical limited slip differential which Shirendra tells me was installed to get it quickly round the Mahagastota Hill Climb hairpins nearly 20 years ago and is still giving stellar service. 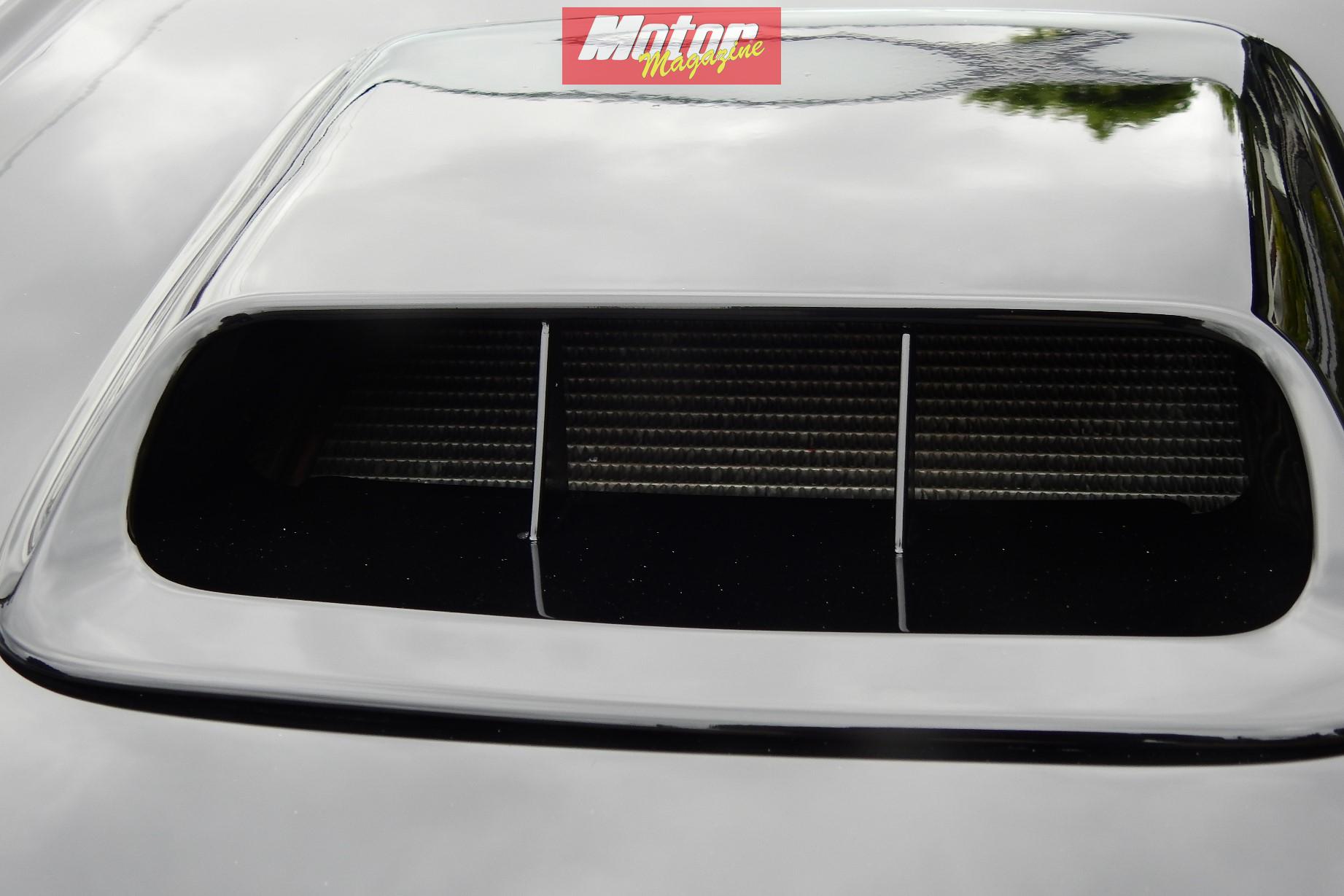 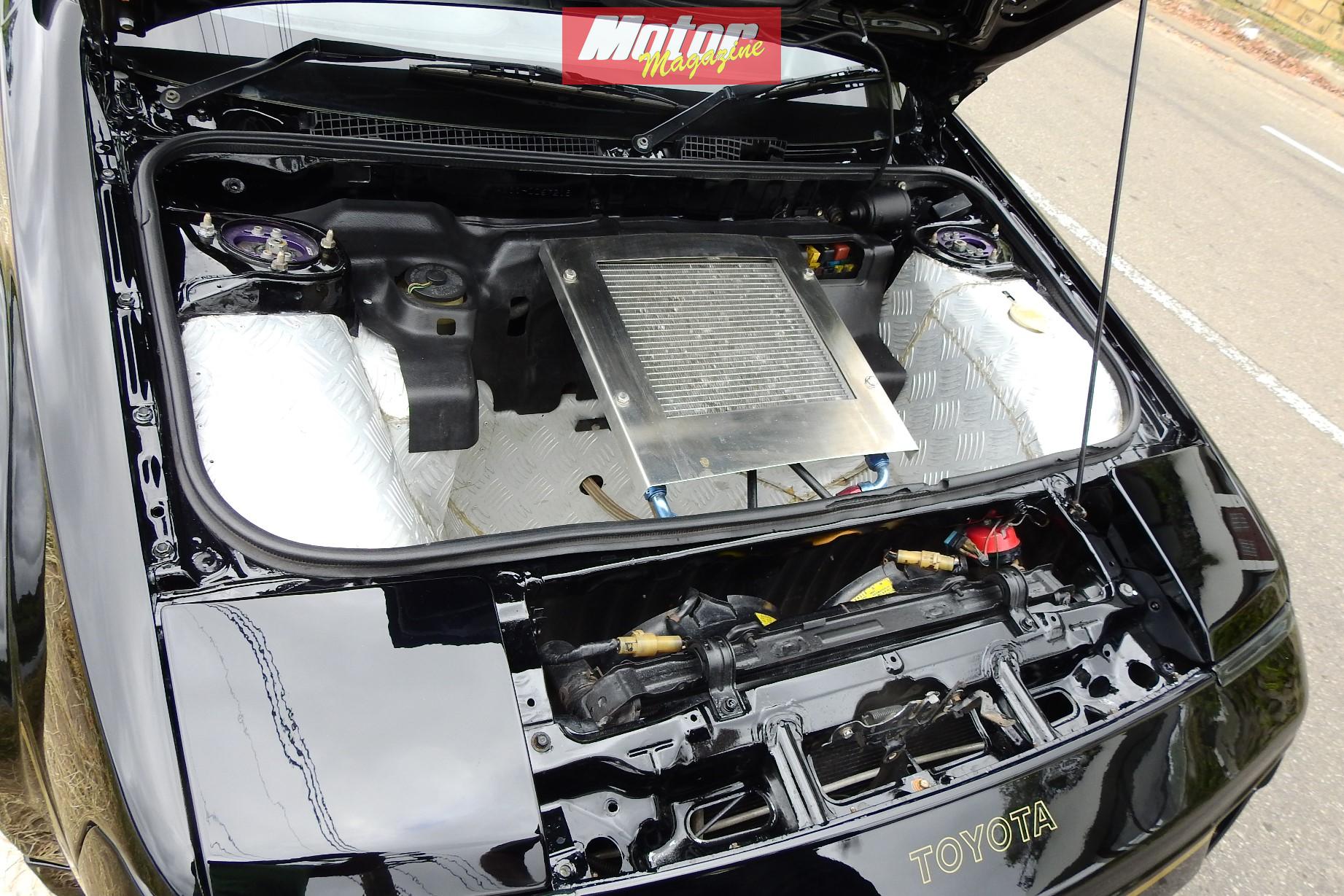 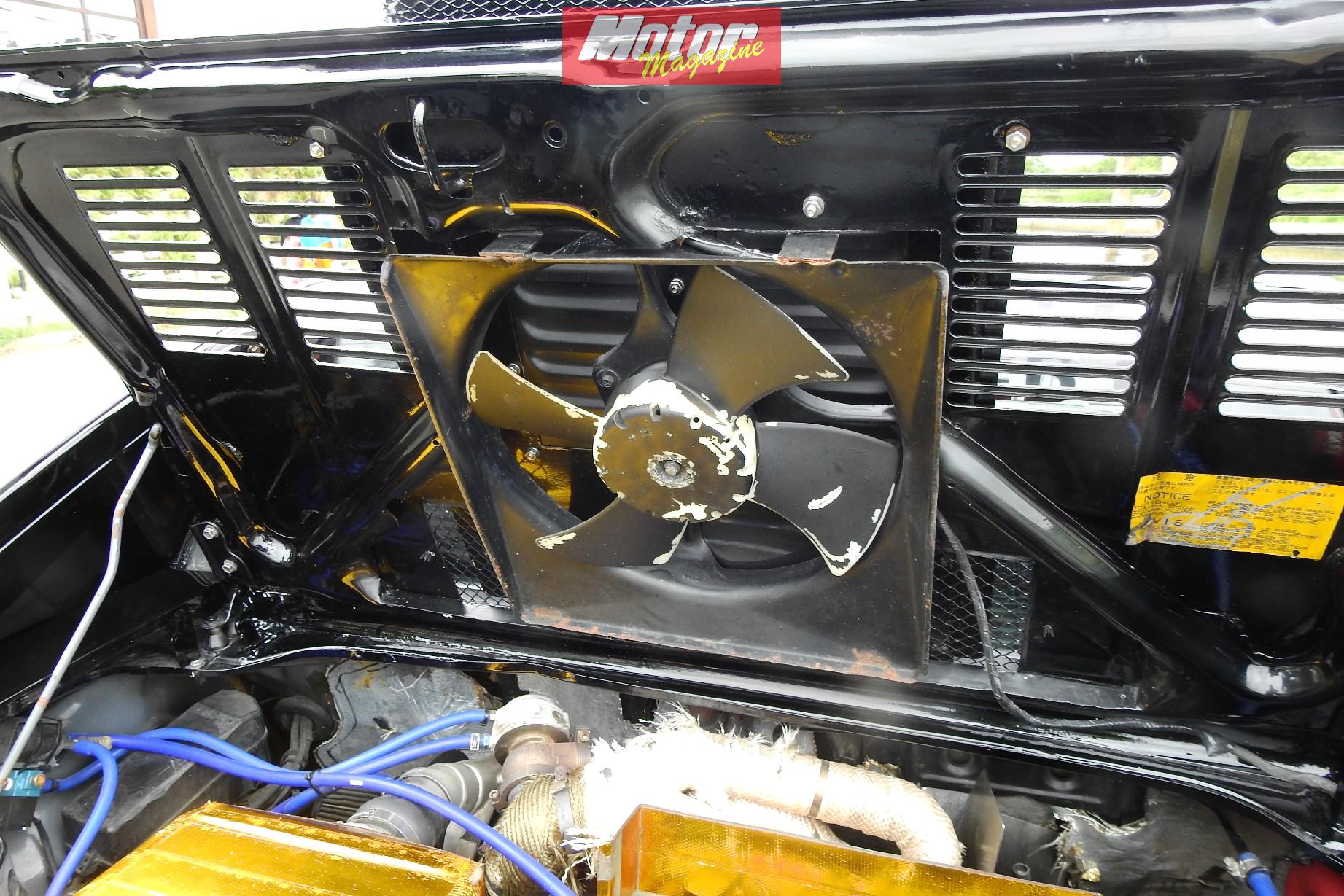 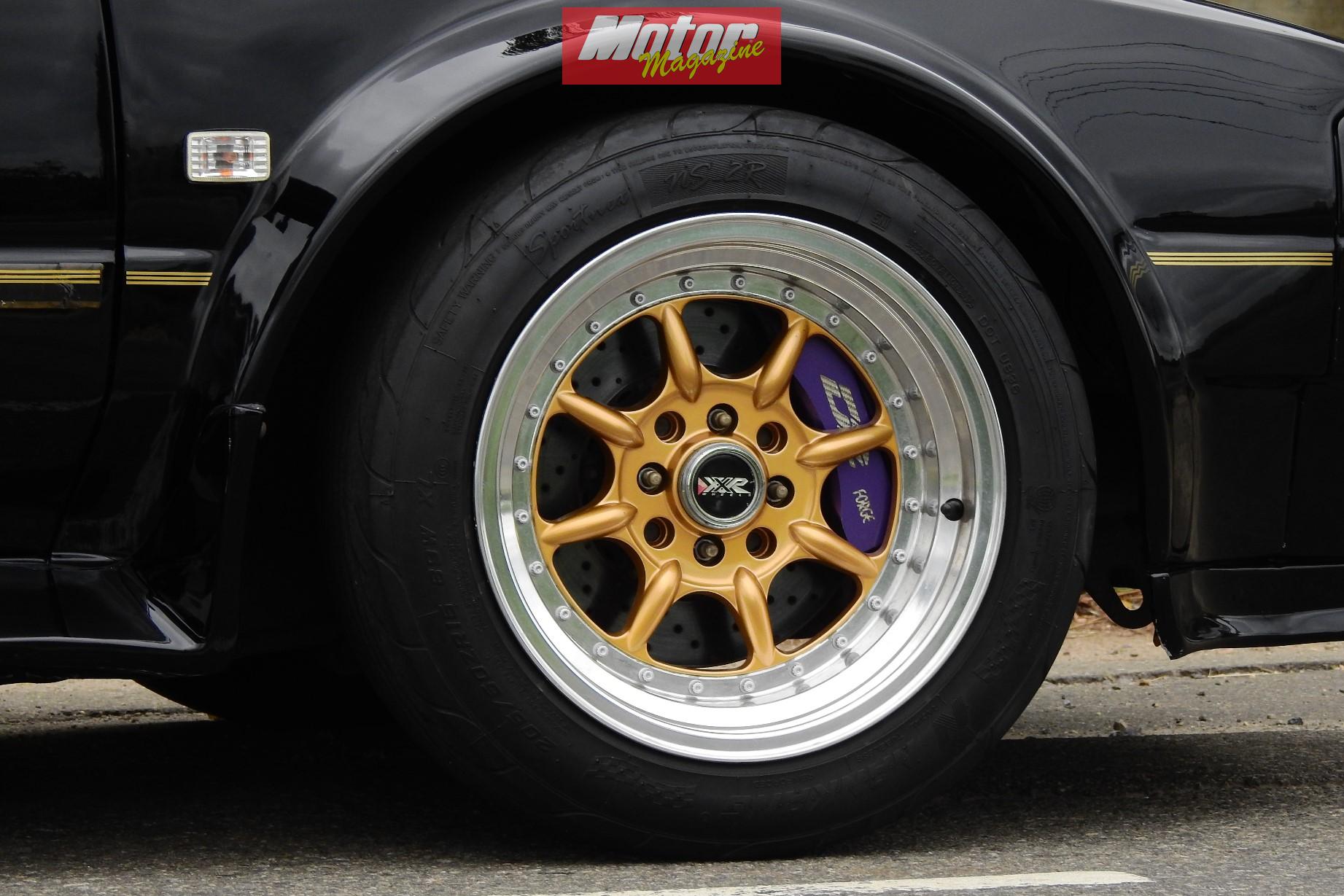 ﻿How much power is generated? Shirendra tells me road spec gives around 270hp, while race spec with the GTX30 in charge can easily bang out over 300hp. Thanks to the D2 brakes with 6-pot front calipers, and D2 adjustable damper coilovers for keeping braking and handling in check, then. The wheels are just 15-inches in diameter, but 8-inches wide, necessitating the bodywork widening regime. They wear 205/50x15 Nankang NS-2R tires for road use. 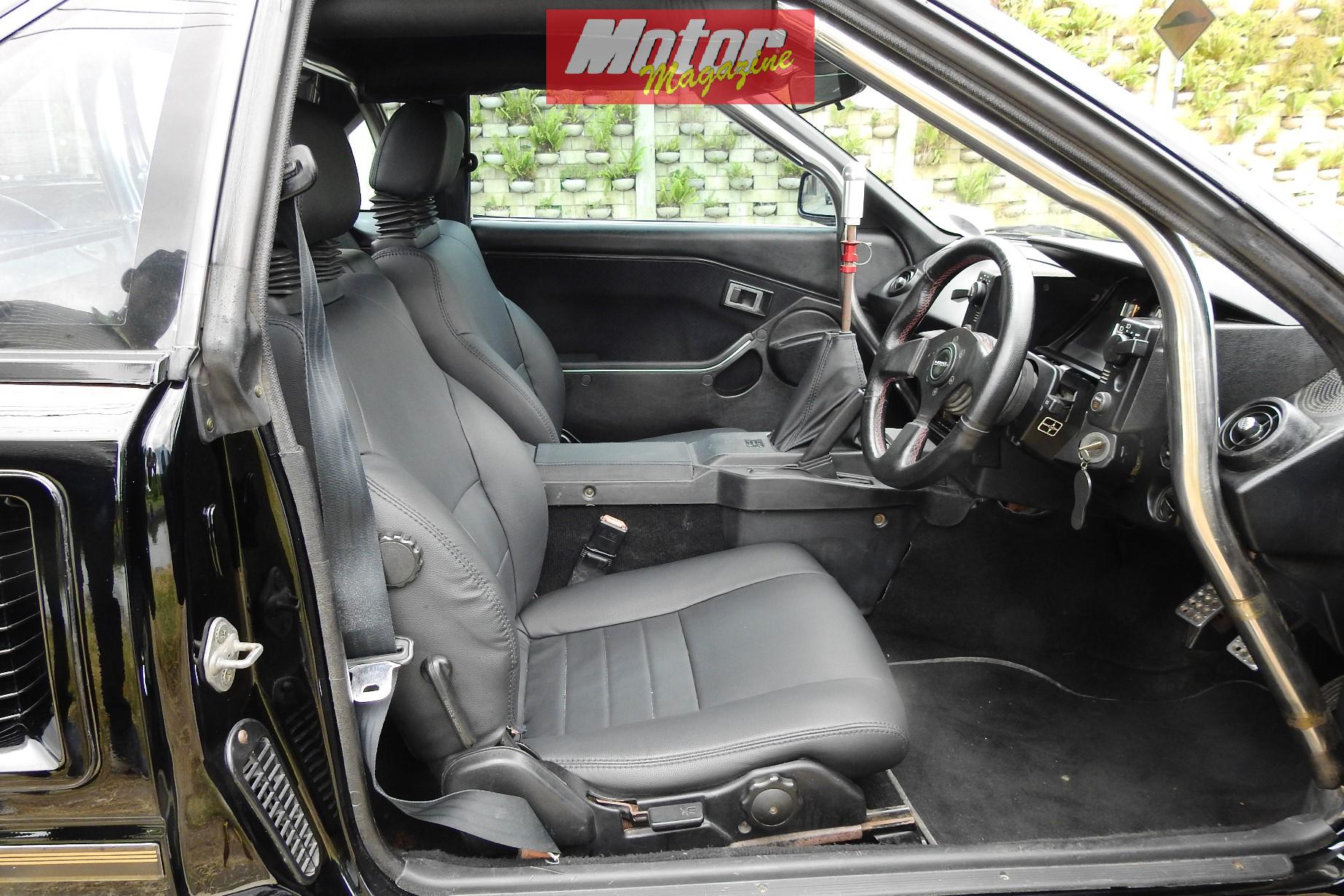 ﻿Shirendra draws my attention to the roll cage which has been custom designed and constructed out of stainless steel. It blends perfectly and did not require any cutting or chopping of the dashboard, as is typical of a roll cage. While the car maintains its three-point intertia reel factory seatbelts for road use, a 4-point harness is used when racing. There’s also a fire extinguisher at hand. 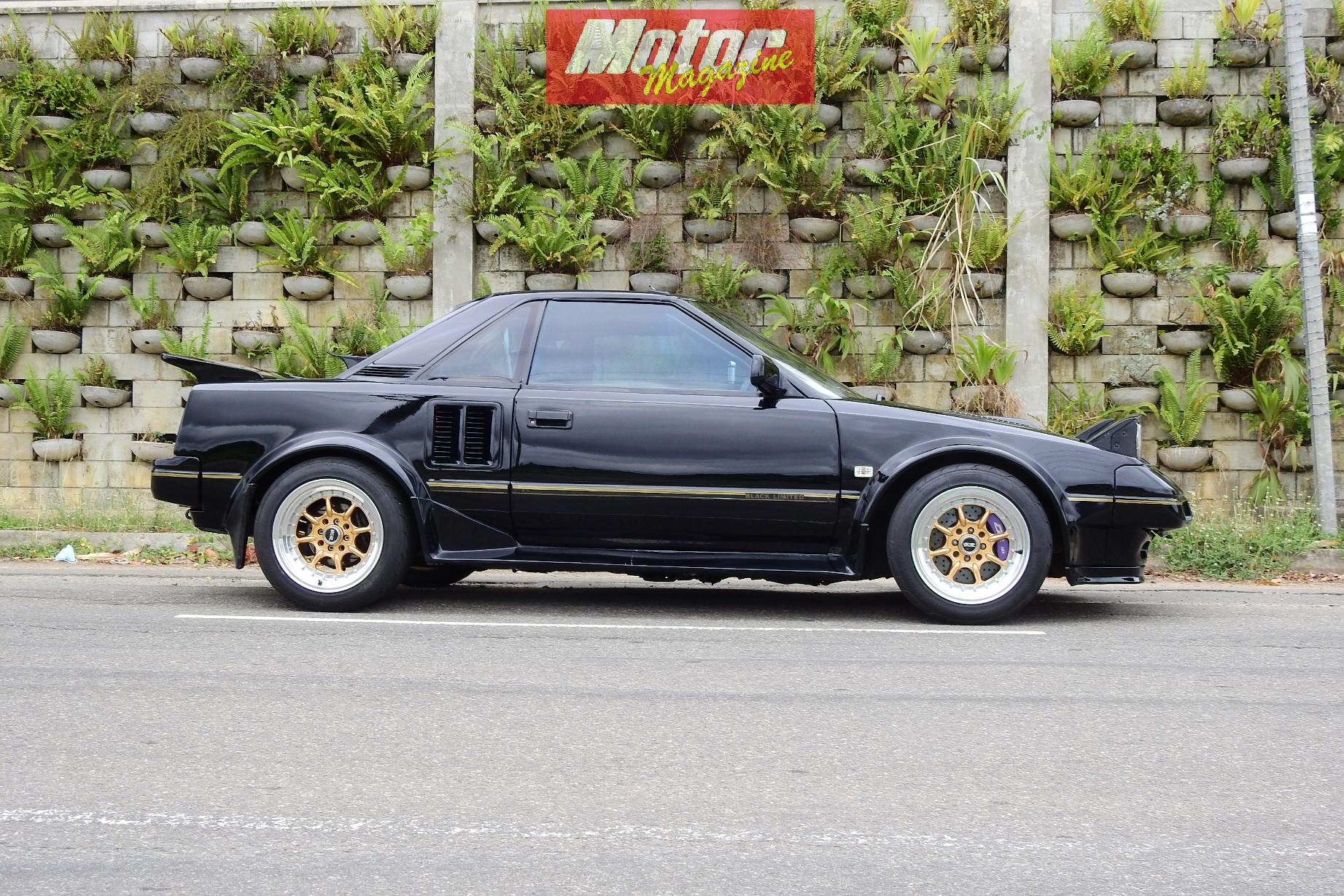 ﻿At the last Drag races (arranged by CMSC and DRASL) in September 2019,  the car was the winner of the Open 2 Wheel Drive class. Basically the quickest 2 wheel drive car on the day! 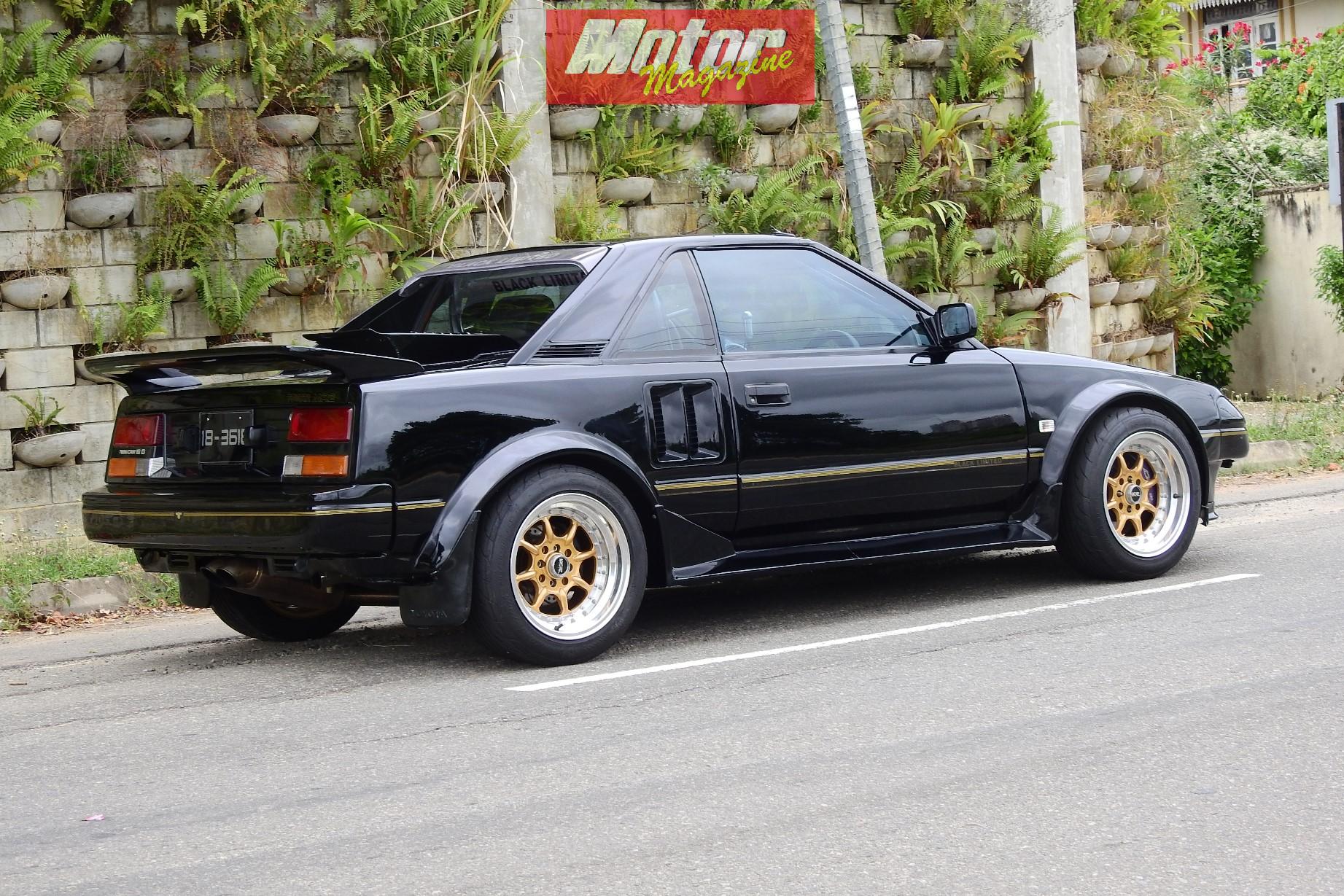 ﻿So who are the team behind this one-of-a-kind MR2? Shirendra is ever ready to express his gratitude towards them and insists that they must be credited for this build. The gents responsible are: