One of four in Sri Lanka

At first glance, you might wonder what’s so special about a 406 Coupe. Yes, Peugeot made a 406 sedan and estate too and yes, we have a fair bit of sedans running around in Sri Lanka. So it seems natural that there’d be a coupe variant of this European mid-sizer. Here’s what you need to know about the 406 Coupe, and we’ve chosen this rather well restored Jaune Louxor (Pulsar Yellow in English) 1999 Peugeot 406 Coupe for today’s feature. Currently owned by Jan Sellayah, it’s fresh off a meticulous restoration that, if you know anything about Euros, is not an easy task in import-ban-ridden, economic-crisis-hit Sri Lanka. 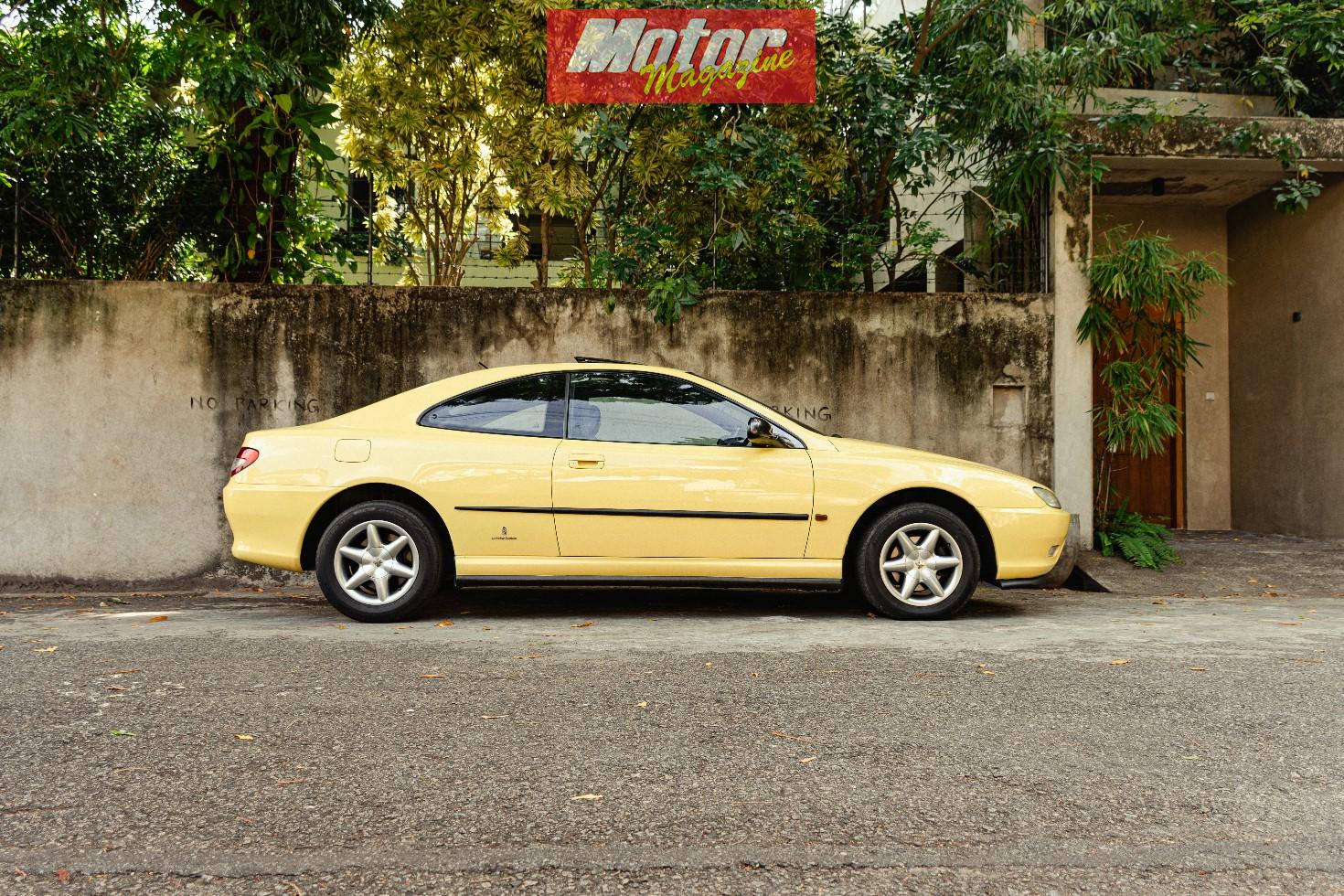 ﻿The Pininfarina Penned Pug was designed and manufactured by the legendary Italian studio. Yes, you read that right, built in Italy with some French parts. What a combination, eh? The instrument cluster is by Sagem, a French electronics manufacturer. They dabbled in mobile phones. I had one during my teenage years. Jan tells me that these clusters can be a bit iffy, and he’s picked up a spare to be on the safe side. It’s part of the big box of spares that rides in the boot. 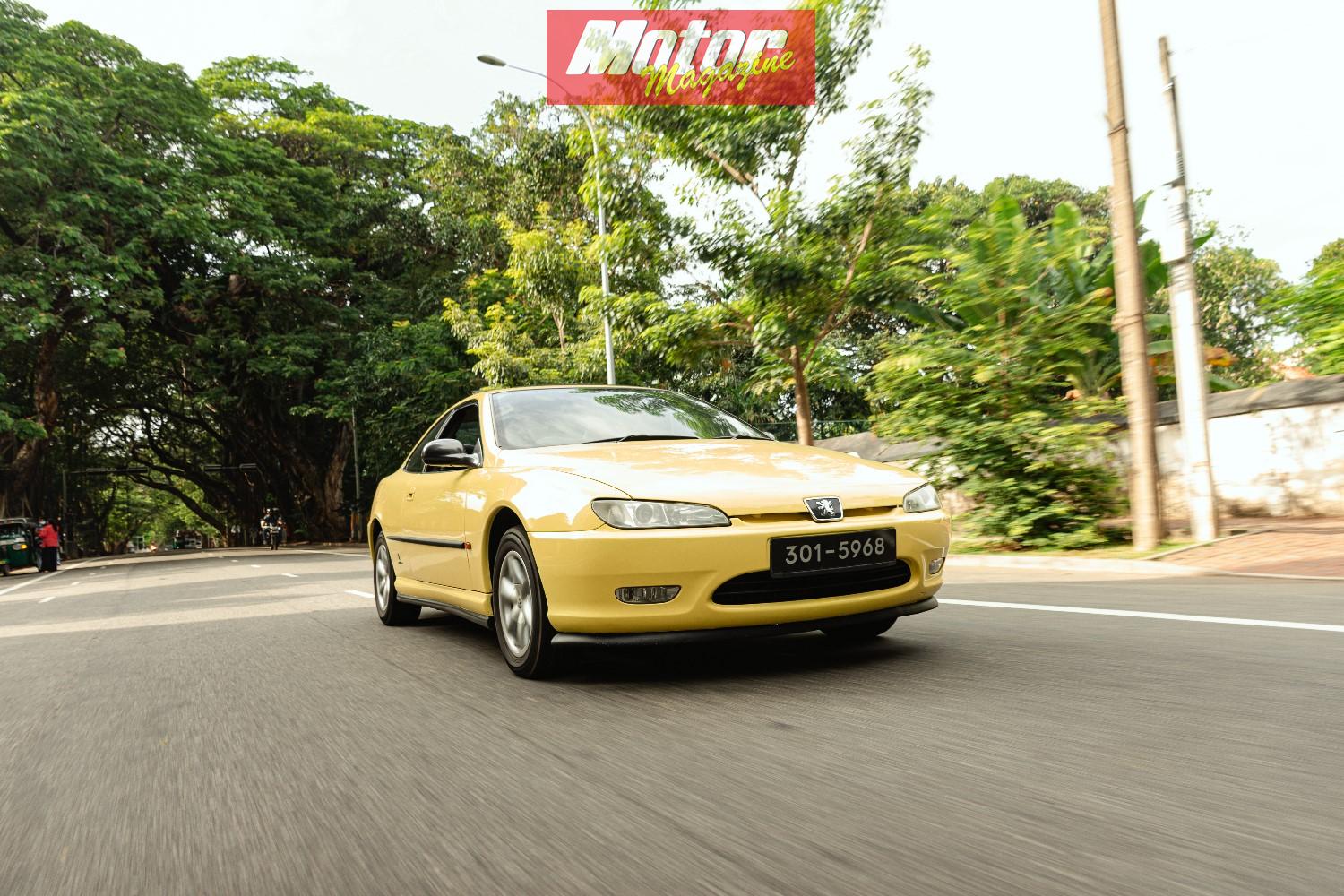 ﻿While photographer Thilina Piumantha is busy at work shooting this beauté jaune, we notice a 406 sedan driving past. Let’s play spot the changes. The lighting clusters are different. The shape, distinctive. The stance, dissimilar. It’s a famous tale that the design of the 406 coupe was originally offered to Ferrari, who rejected it before Peugeot took it, but the reality is, it was first offered to another Italian F-brand instead. Fiat. Mind you, this is from Pininfarina themselves, in a 2015 interview with Autocar UK, so we’re not making this up. 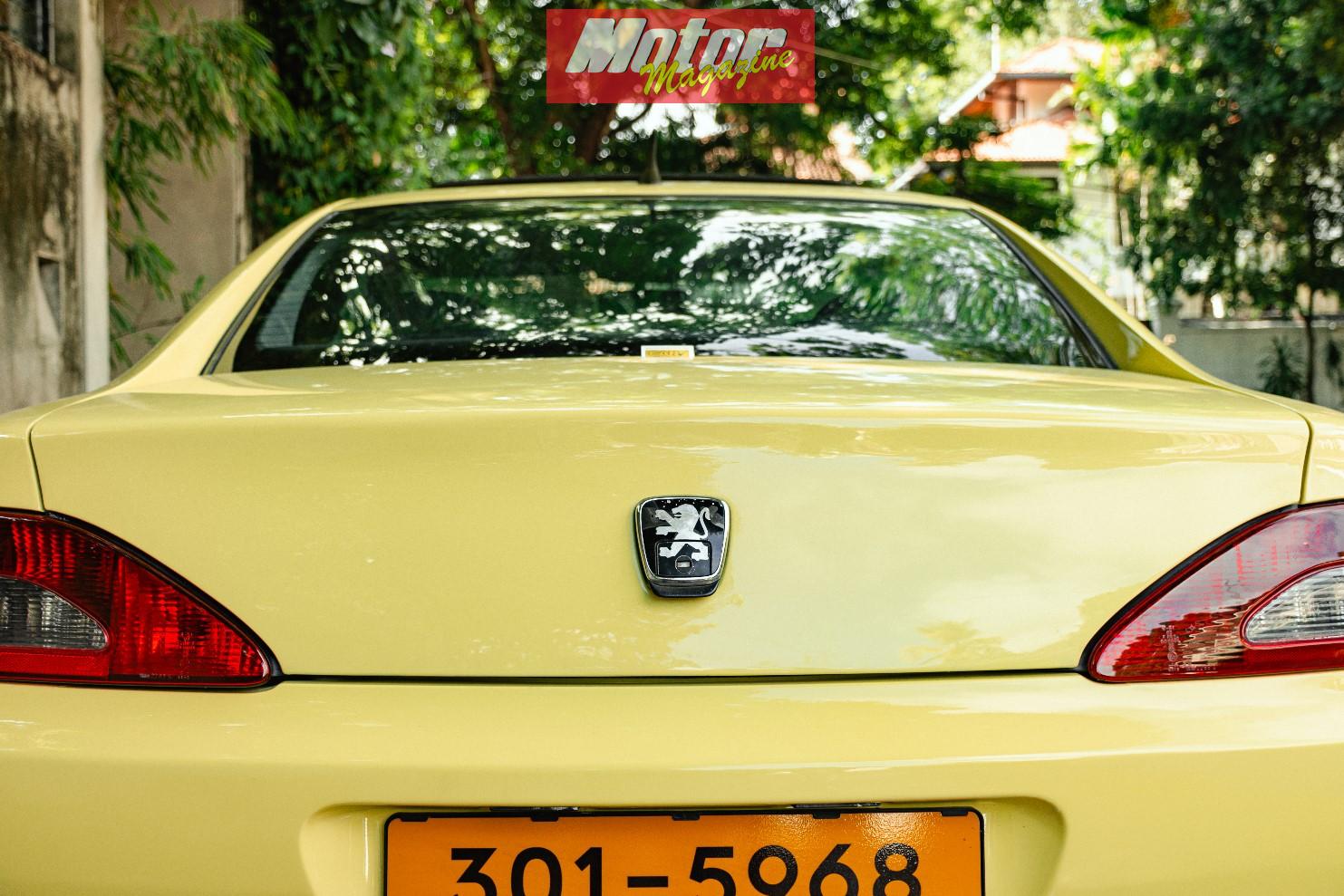 ﻿Let’s enjoy the delicacy of the lines and take in the subtle flying buttresses at the rear. The flying buttress is said to first appear on the Ferrari 246 Dino, and vastly popularized by the Jaguar XJS. There’s an aerodynamic benefit to these, helping keep the rear end planted without the need for a spoiler, which would no doubt spoil the graceful curvature of the 406 Coupe’s derriere. There’s ample ground clearance, despite it being half an inch lower than the sedan, and it sits slightly wider than its four-door counterpart; track widths are 0.6 inches greater at the front, and 1.4 inches greater at the rear. Overall, the coupe is 4.62m long, sitting between the 4.55m sedan, and 4.75m estate, and the widest of the trio, at 1.78m. 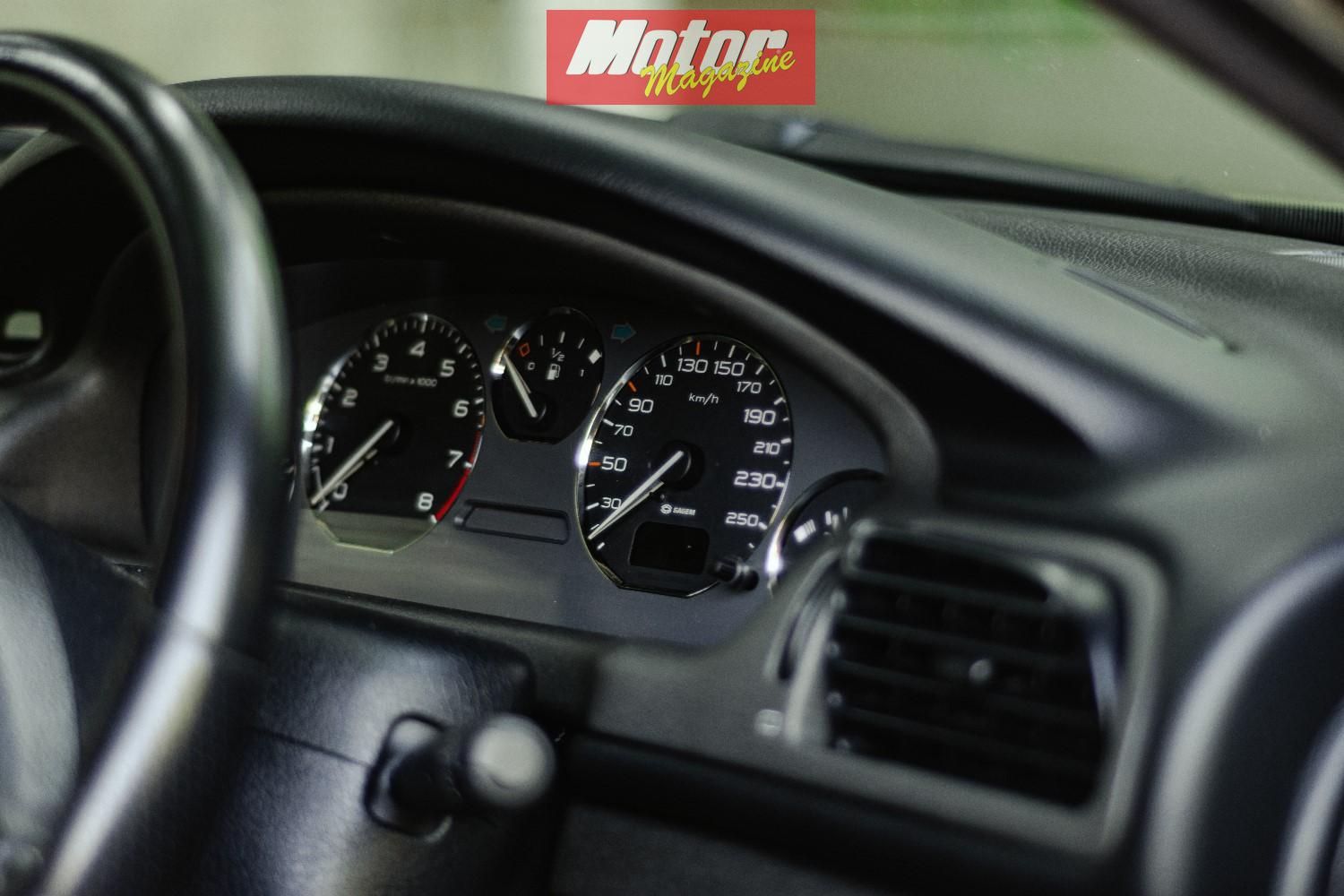 ﻿Time to get behind the wheel. I’ve been itching to, and Jan is very accommodating – we’ve driven his cars before, you may recall a three-way kei shootout some years ago; the Cast Sport was his. Opening the long door, you notice that the dash is pretty much 406 sedan, the major differentiator is the instrument cluster. The driving position is very Italian – long arm, short leg, however the plush leather seat (built by Recaro, but not badged) does a sort of half-swallow on my portly body. This car packs a 2.0L four cylinder, which is rated for around 135hp and 142lb-ft. Unstressed, then. It’s a very linear engine that pulls consistently, and the long gearing means that you’re making good progress without revving the nuts off it. Jan tells me that he can easily get 9-10km/l when driving moderately at regular city speeds.

﻿Official stats when new? Zero to sixty in 10.5 seconds, top speed of 204km/h. The chassis encourages a smooth and flowing driving style, but as I discover on another day with less traffic when shooting video, is a thoroughly composed and competent affair when push comes to shove and you want to throw it around corners. Overall, the 406 Coupe is a car that relaxes your pulse, rather than forces your heart to race just by sitting in it. And that’s a great thing because we’ve got plenty of heart-racing moments just trying to stay afloat in the current economic crisis. 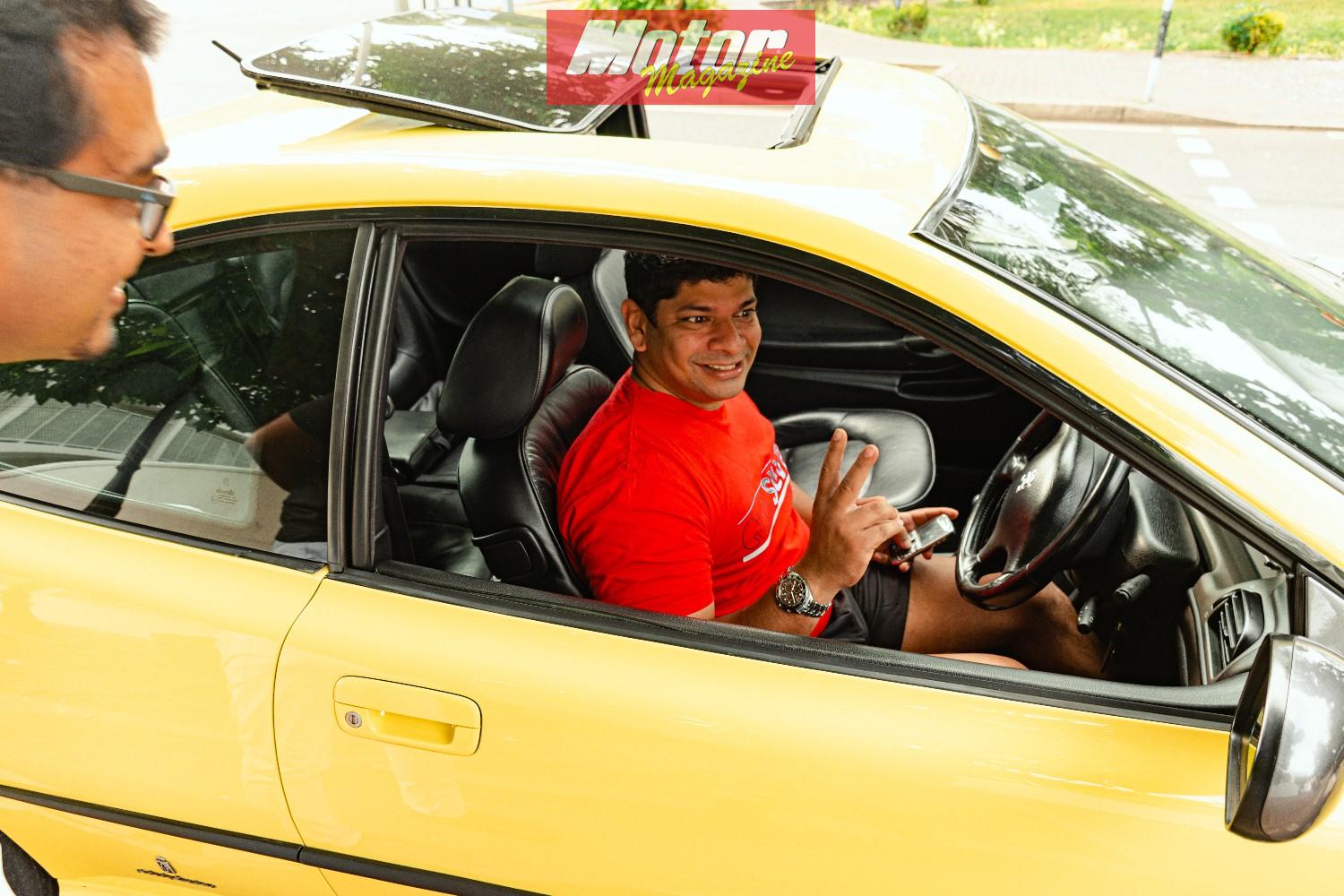 ﻿Jan is an analog sort of guy, his phone is a Nokia E72 with no social media whatsoever on it, and this car is an extension of his lifestyle. It’s his daily driver, and doesn’t have fancy touch screens, rotary controllers, handwriting recognition pads, or gesture controls. There’s manual air conditioning, a power sunroof, heated seats, and the usual powered conveniences. He’s a music lover, so the sound system consists of a Pioneer single-DIN head unit and JBL speakers. 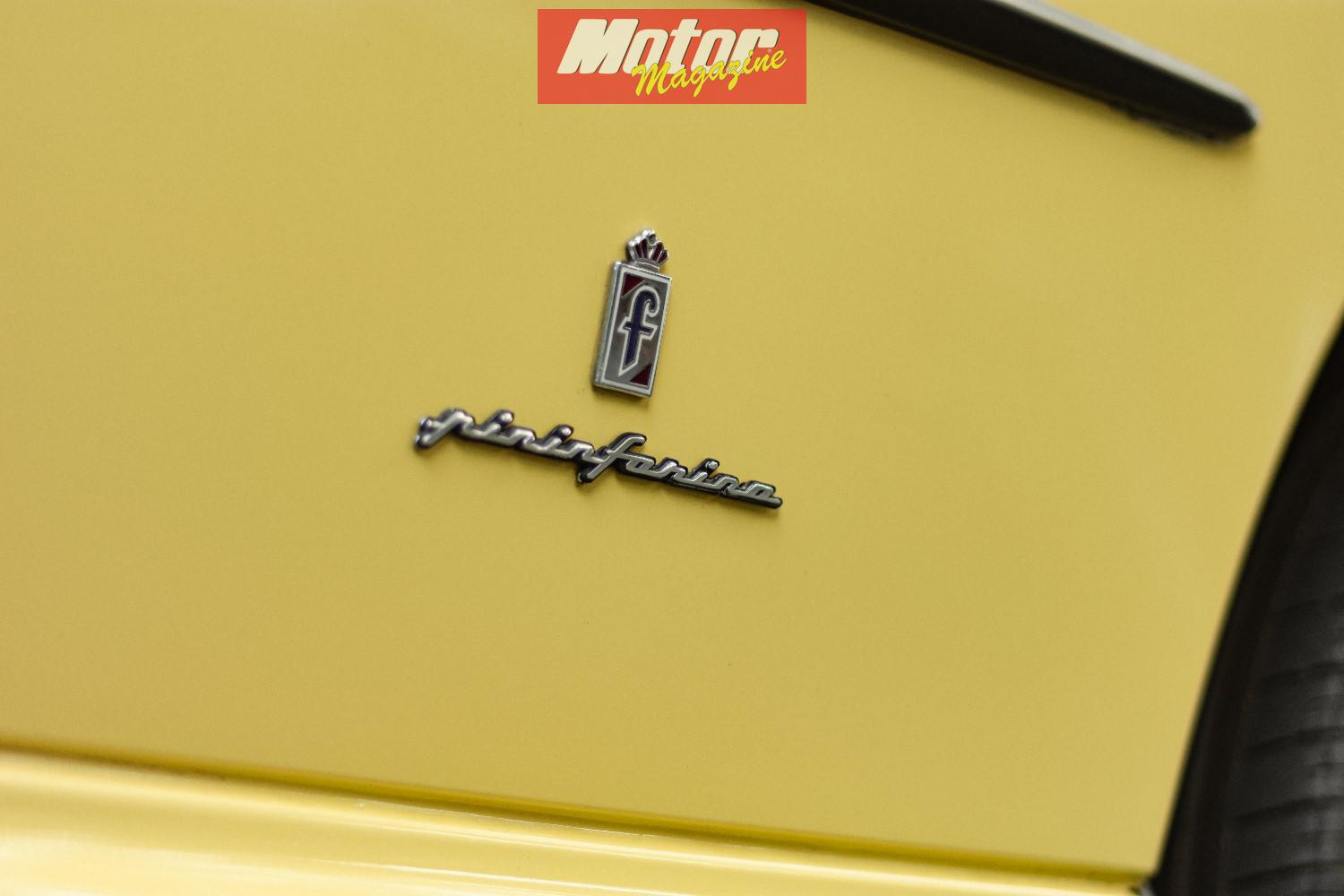 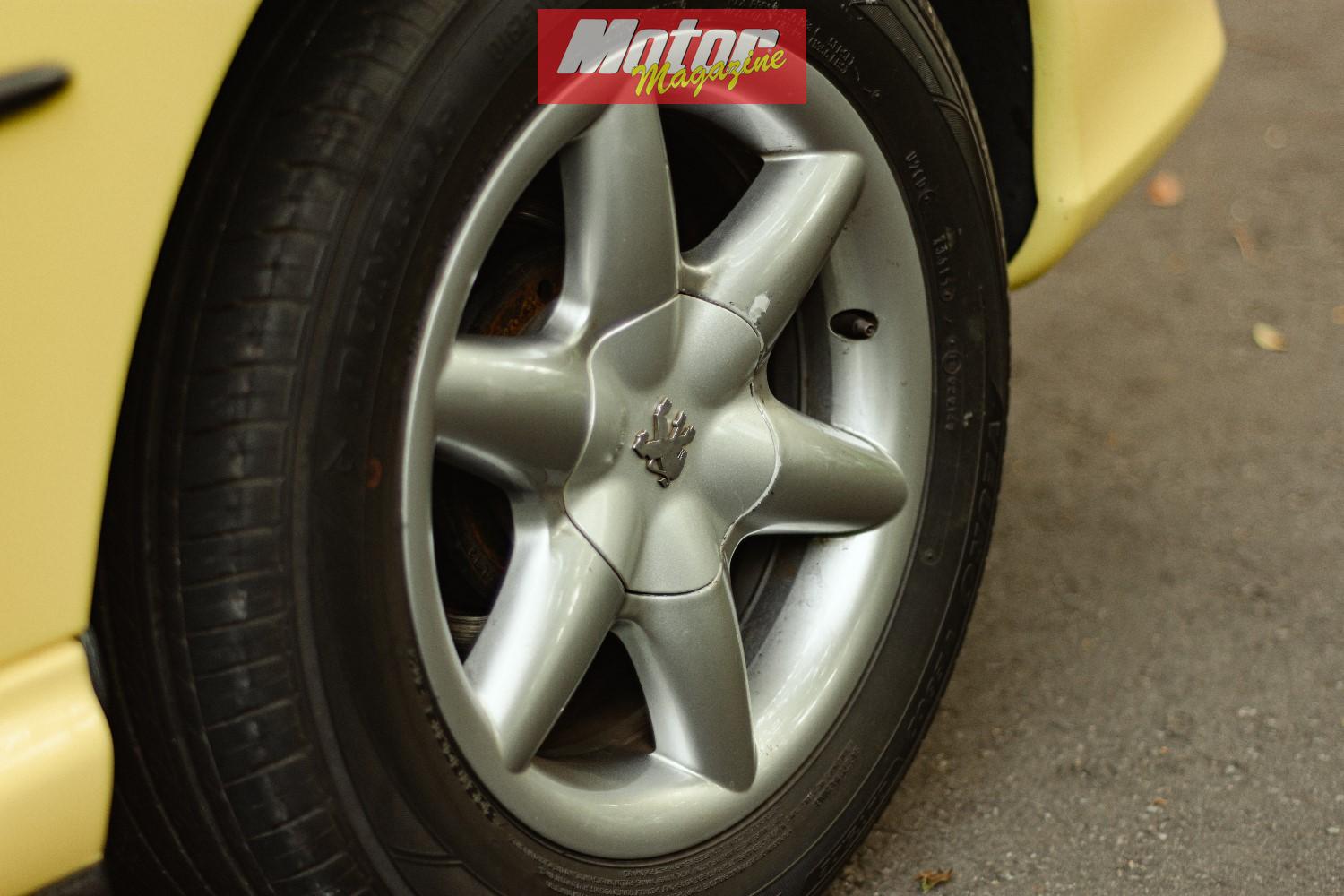 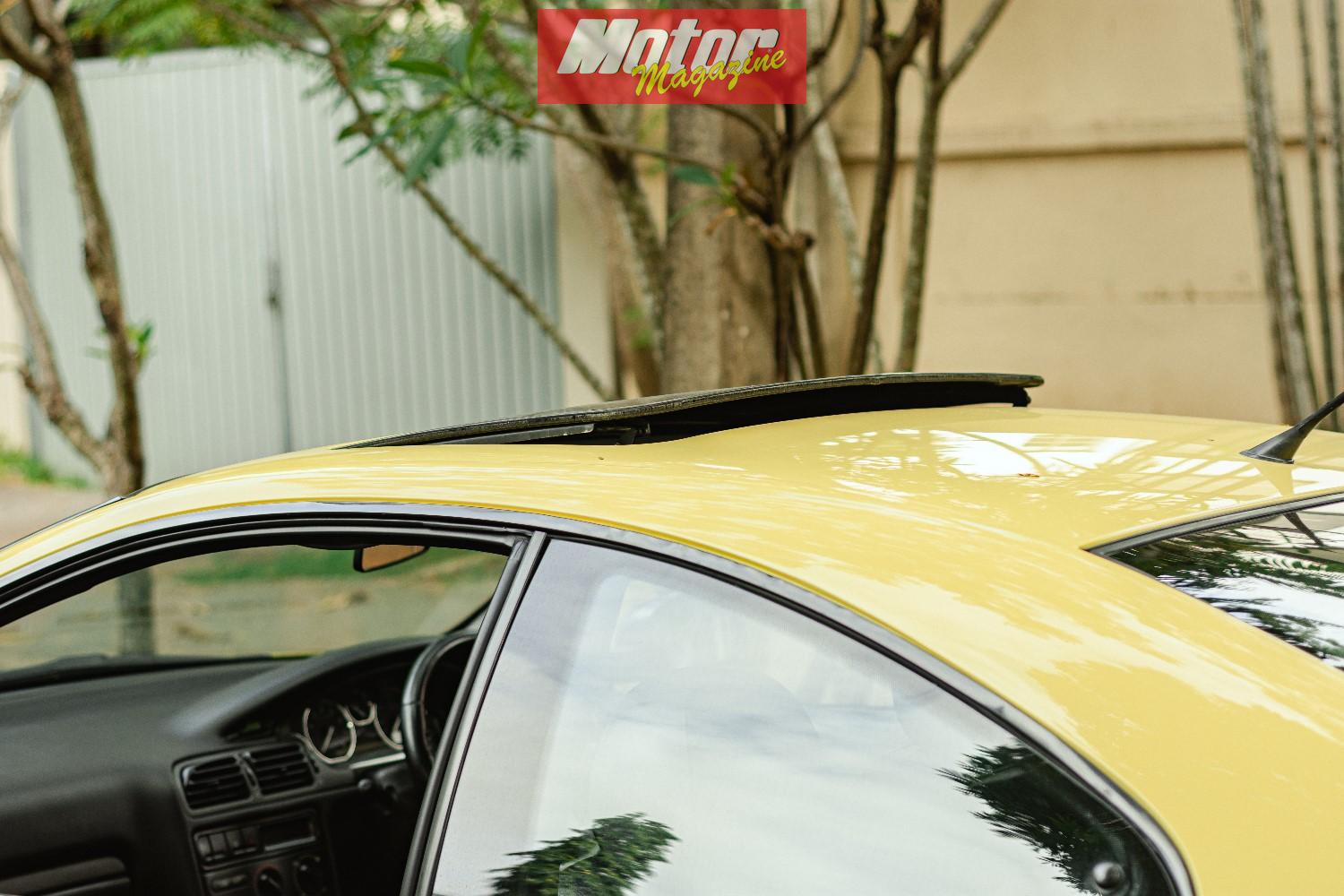 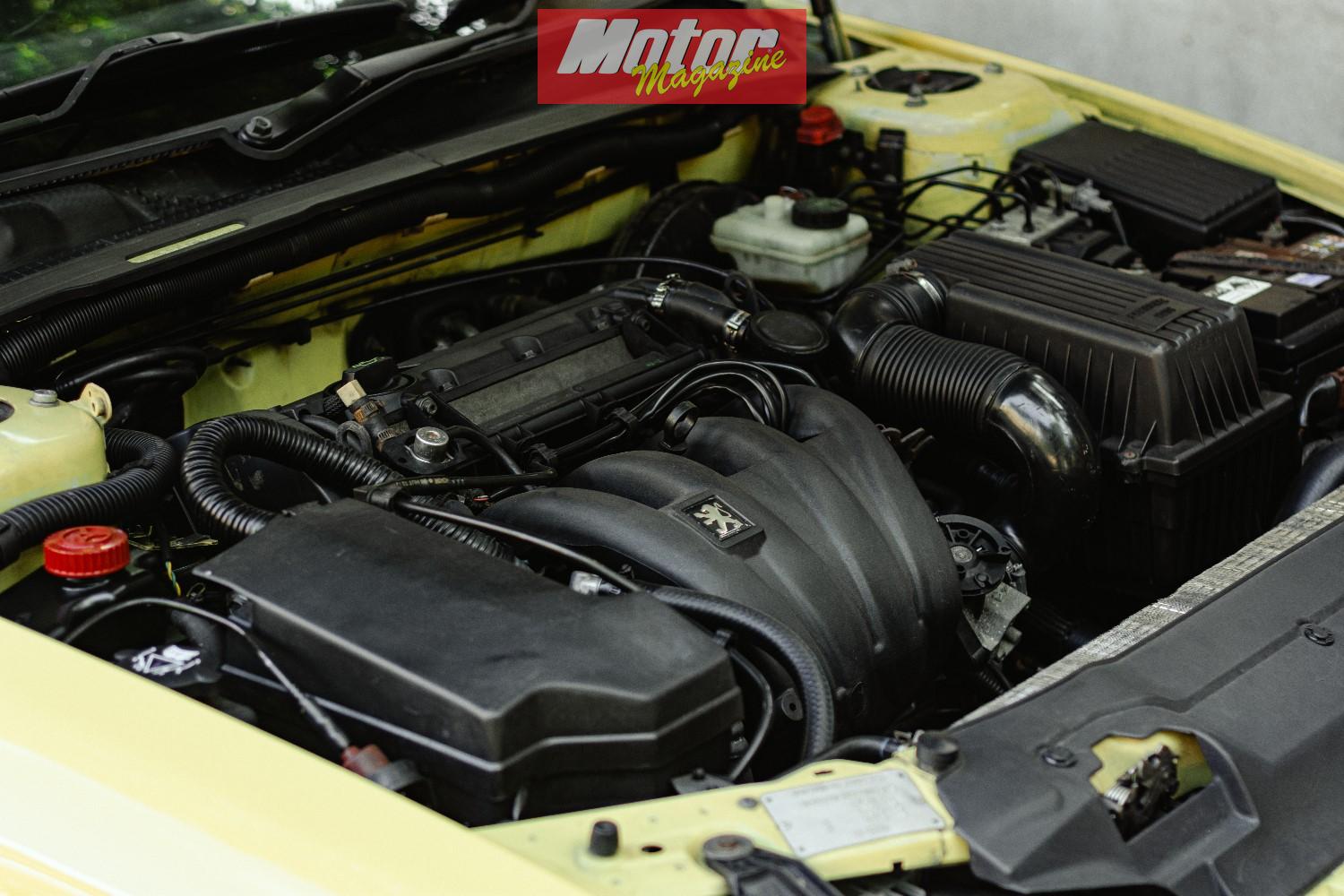 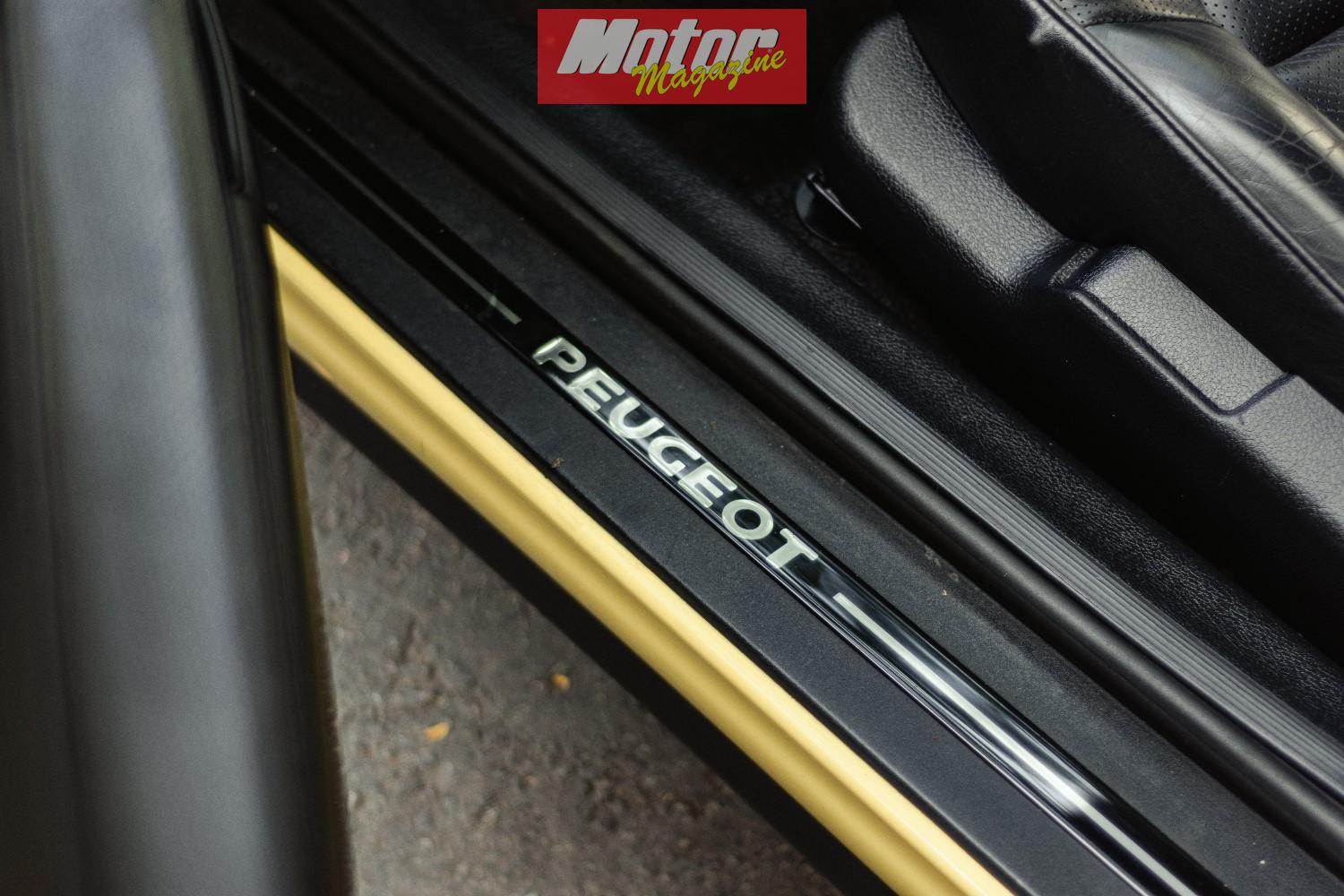 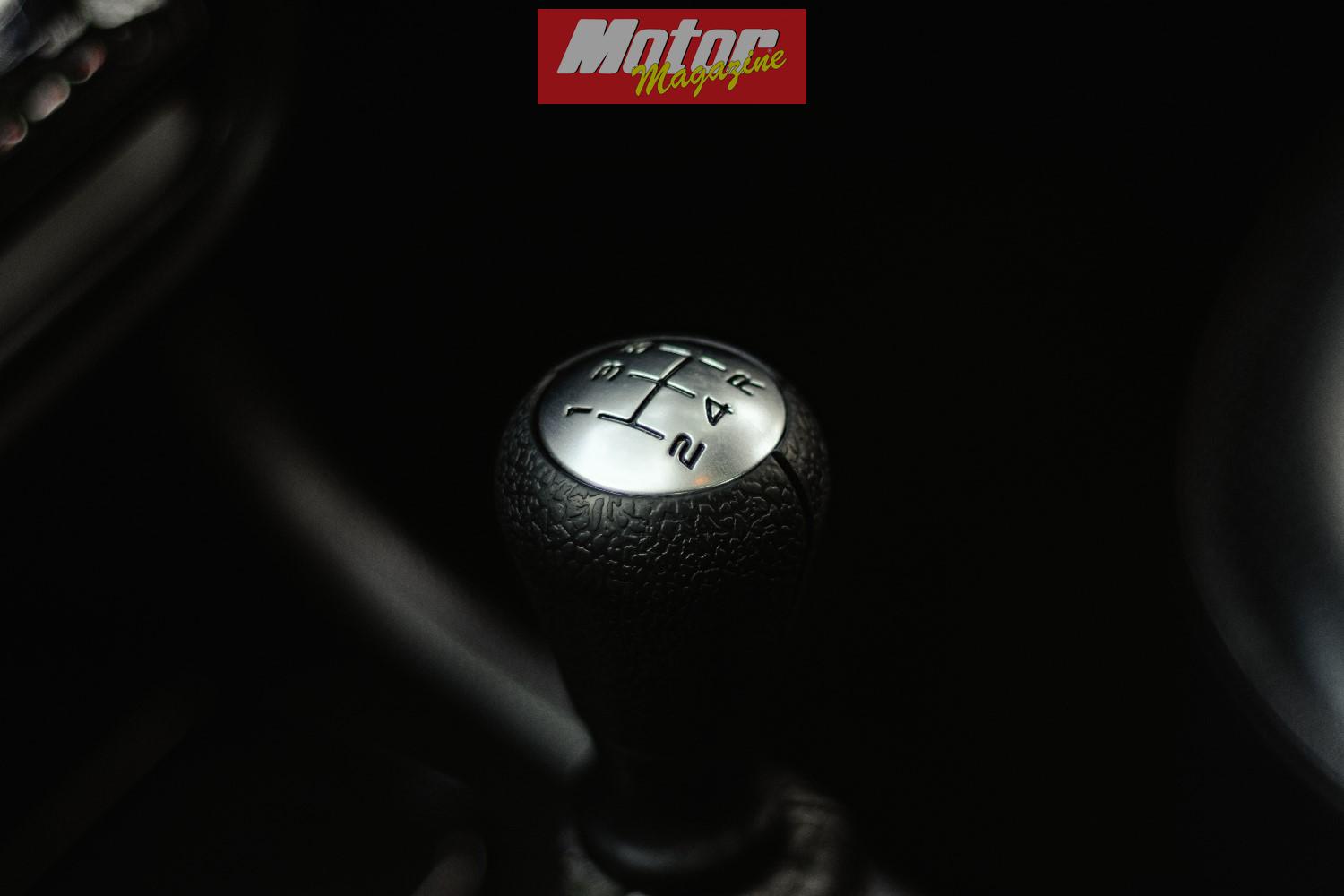 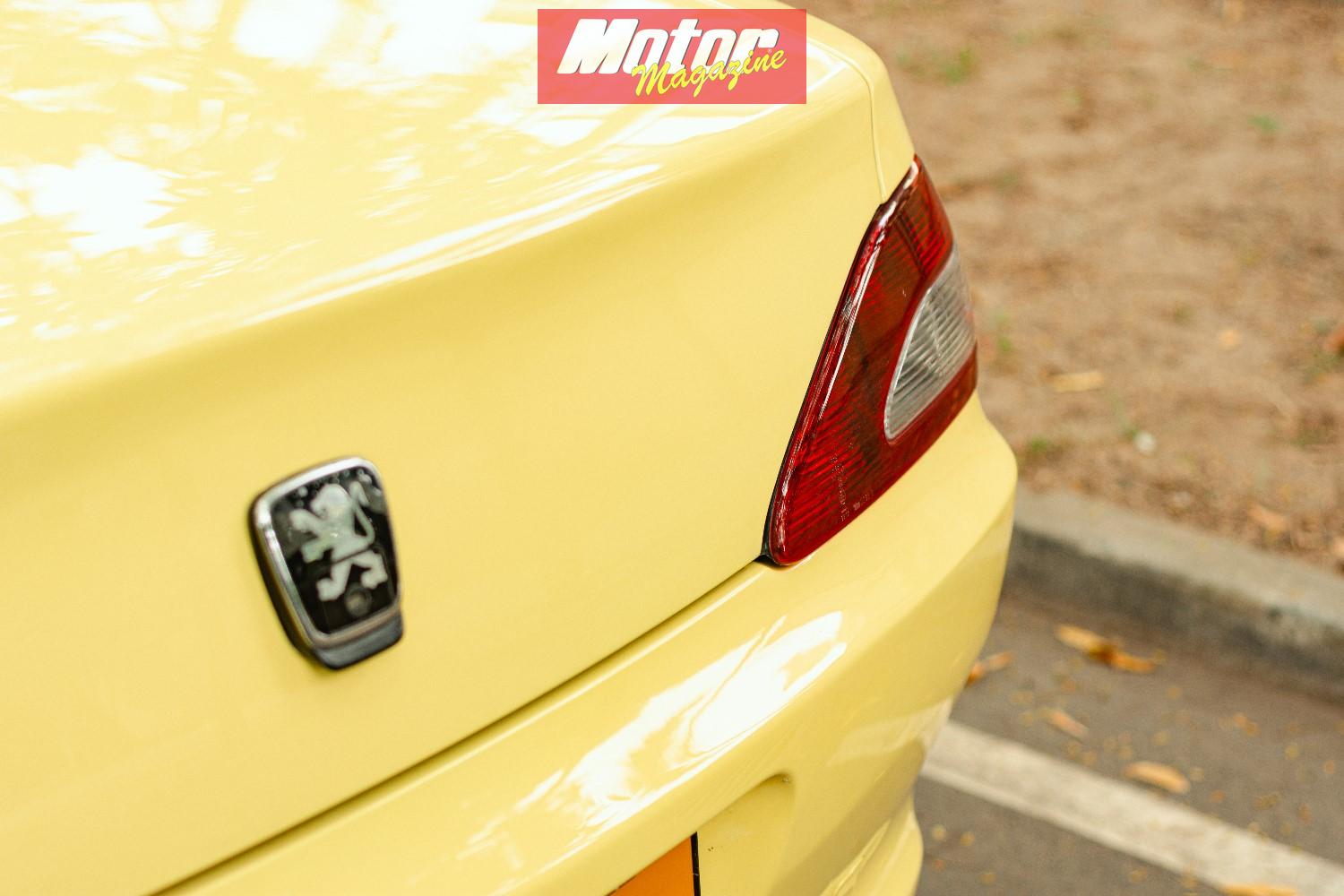 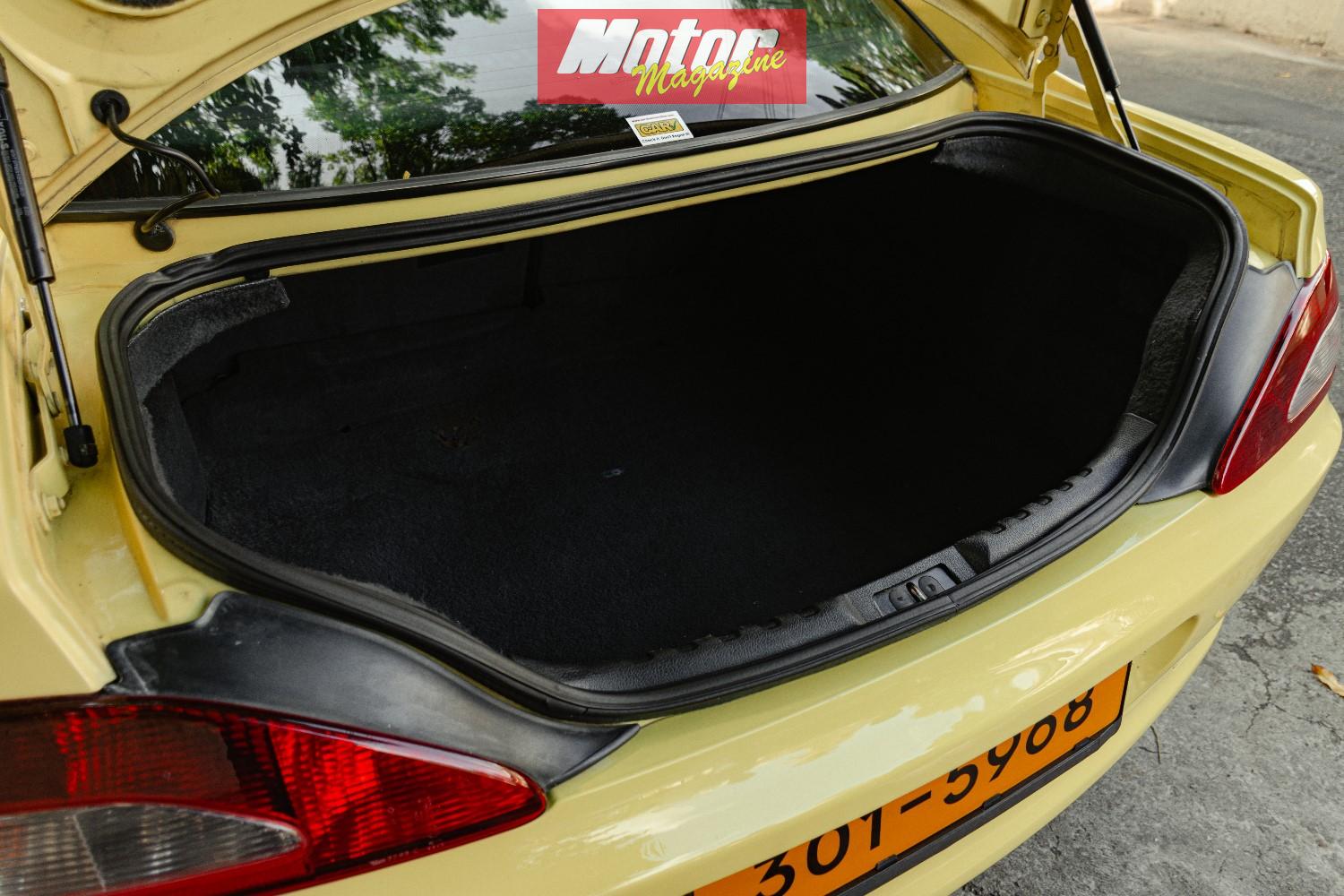 ﻿Being a grand tourer, four adults and ample luggage can easily fit in it when necessary, but he tells me that it’s a solo pleasure best enjoyed alone, AC off, windows down, sunroof open, and driven like it’s been stolen. 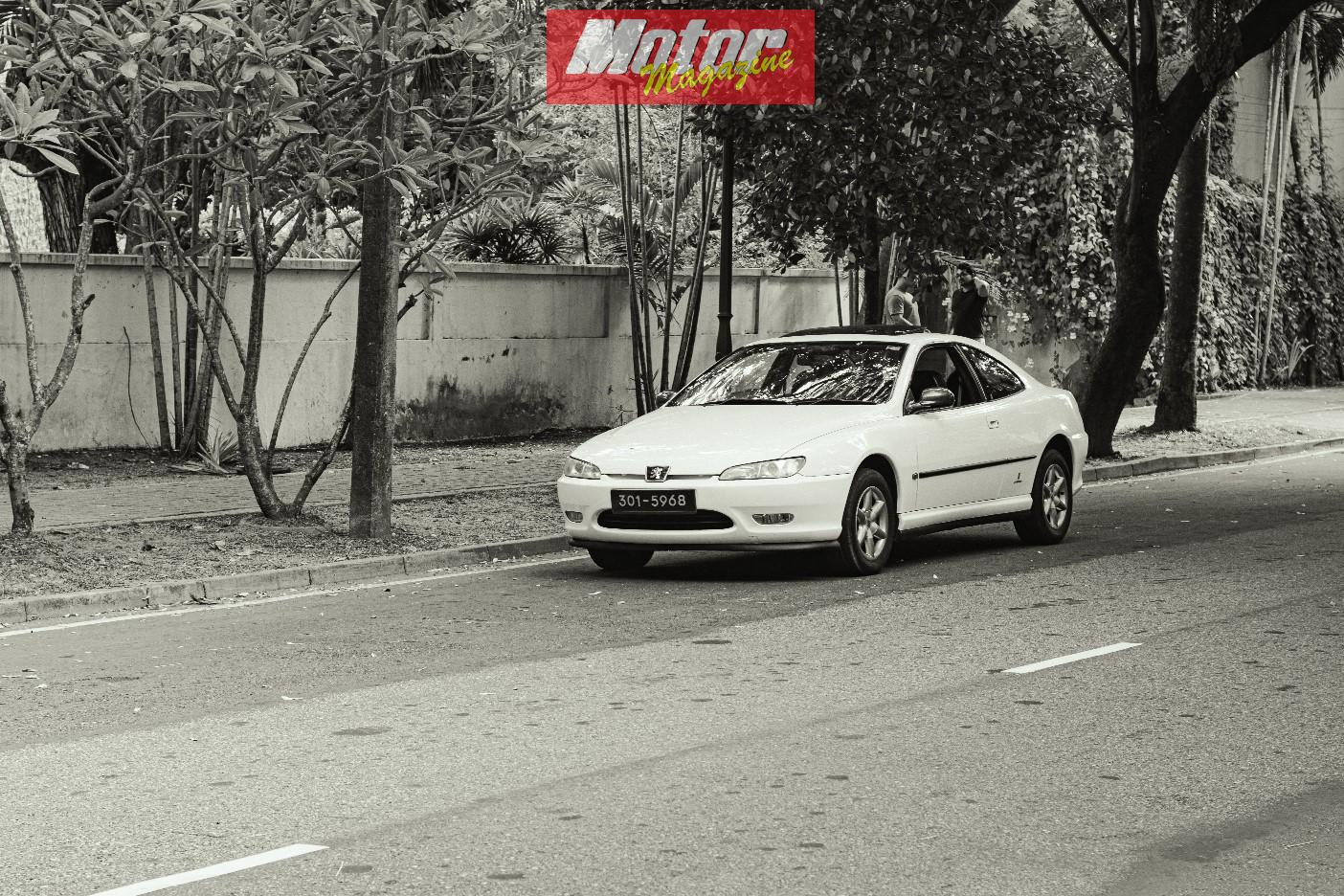 ﻿Cars like this not only existing but thriving on our shores amidst an economic crisis and haphazard import restrictions that change like the weather are a perfect example of the determination and passion that our automotive enthusiast community packs in spades. After all, we Sri Lankans have been lobbed with lemons multiple times in our history, so we’ve become adept at not only making lemonade, but possibly writing an entire lemon-centric cookbook!