Ticket to uninterrupted productivity during power cuts? Let’s find out…

We’ve been living with power cuts for several months now. Whenever the power goes out, our lifeline to cyberspace is severely strangled as well. Mobile signals drop, and data transfer rates plummet. Even those with the relatively speedy and stable SLT Fiber connections (like me) are affected, as the power cut takes the router down with it. There are several solutions, but they all had one disadvantage – they could only power one device. This wouldn’t do for me, as I use a separate WiFi router that plugs into my SLT Fibre router via LAN cable.

﻿﻿Why two devices instead of one? Telco-provided routers don’t have the greatest WiFi capabilities. Switch to a separate WiFi router and enjoy improved signal coverage, plus faster data transfer rates, in my case, doubling of upload and download speeds. However, this presents a new problem for power backup solutions. The SLT Fibre router operates on 12v DC, while my TP-Link WiFi router requires 9v DC. Very few companies make multi-voltage backup power solutions, and Marsriva are one of them with the KP3 Smart Mini DC UPS. It offers three outputs, rated at 12v, 9v and 5v, as well as a USB port too. Battery capacity is listed as 10,000mAh.

Marsriva is a new Chinese company that I hadn’t heard of before. Their appointed agents in Sri Lanka are HashTAG Digital Solutions, and I reached out to them to clarify that the KP3 could indeed power two devices of different voltages before making a purchase. 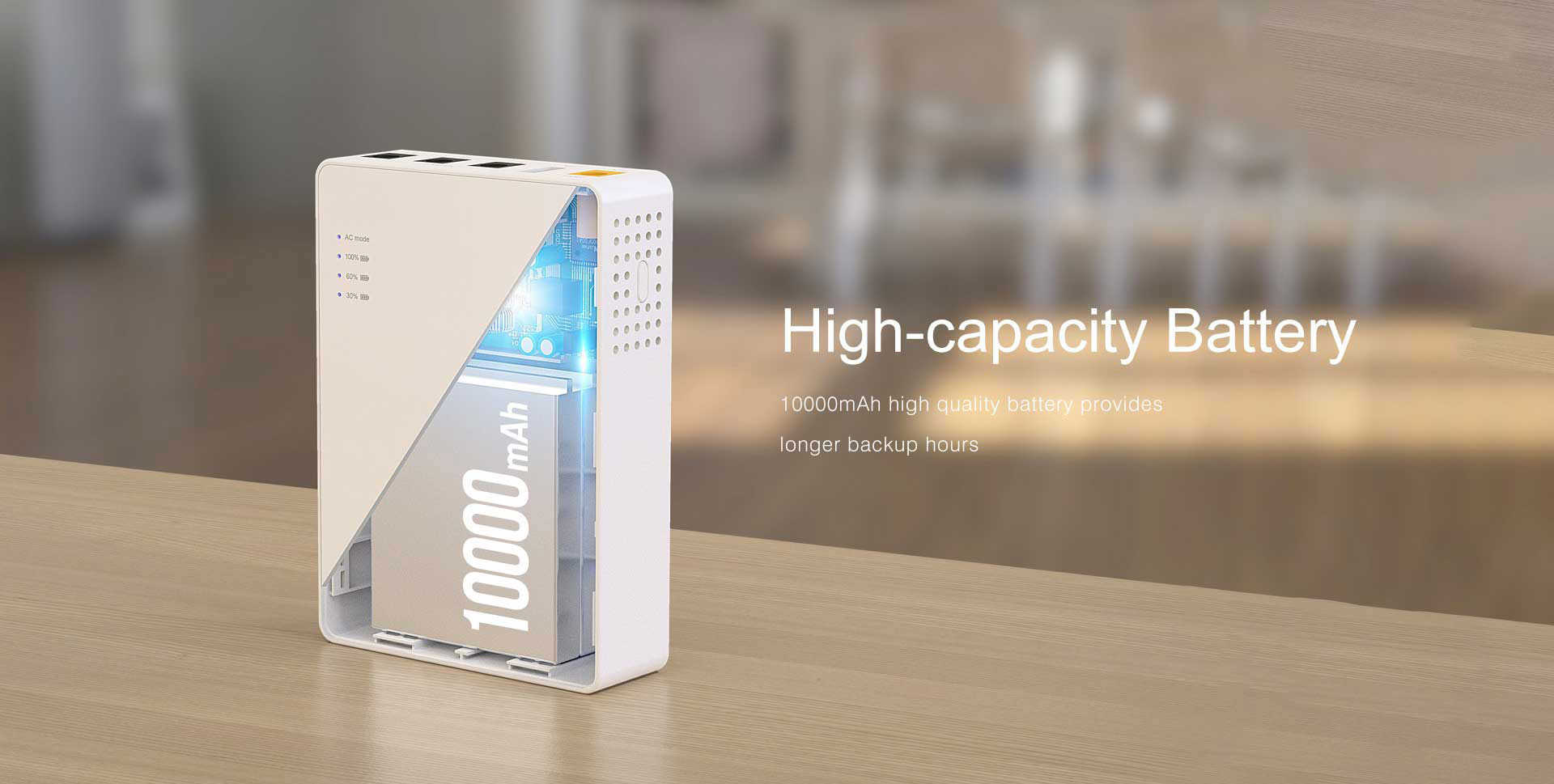 I placed an order for the KP3 via their website marsriva.lk. Being based in Kiribathgoda, they dispatched it via Domex to my residence in Nawala, for Rs. 14,000/- all inclusive. However, as luck would have it, the fuel shortage had affected Domex’s riders too, so I hopped in my car and hypermiled to the nearest branch to pick it up. 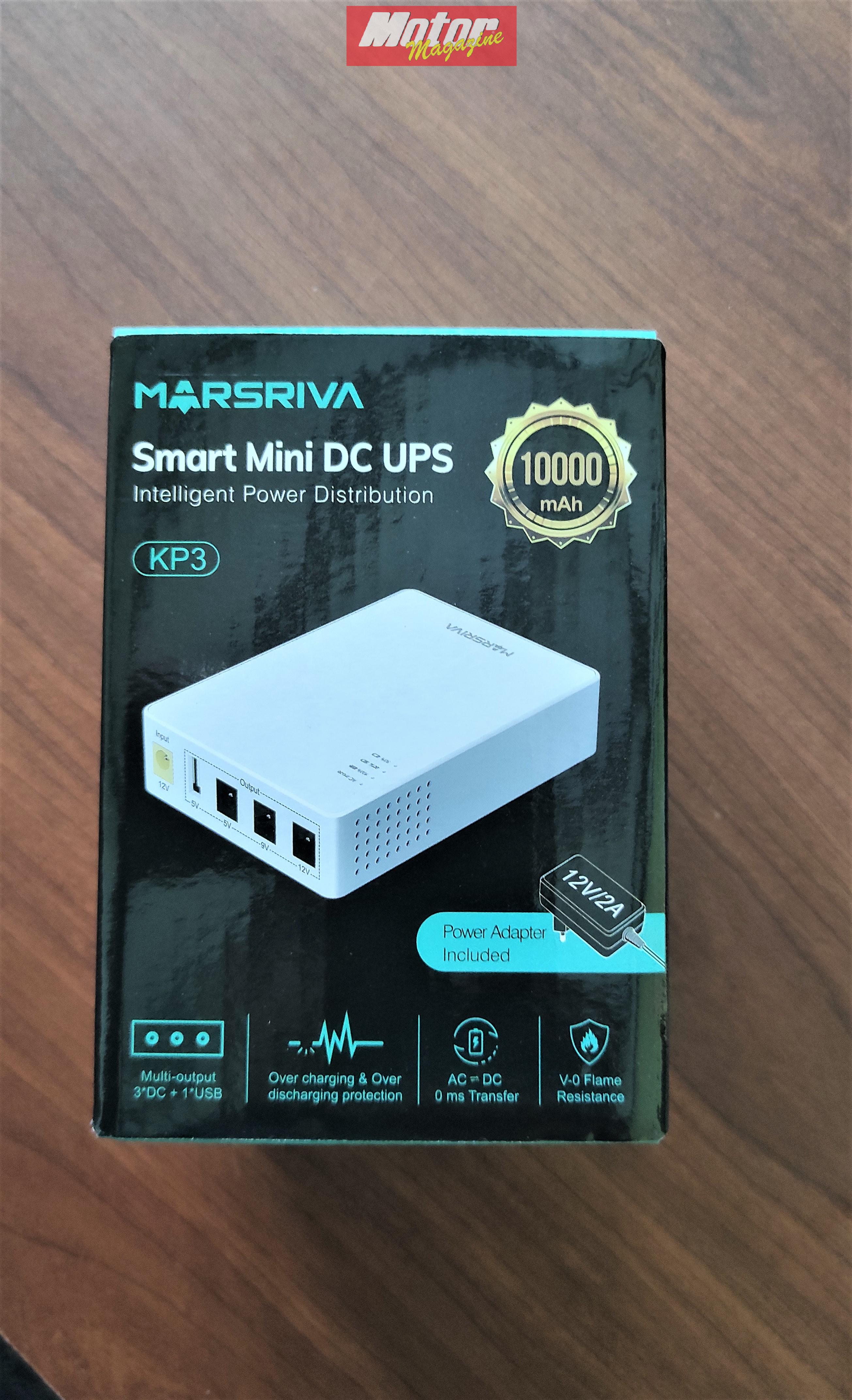 Wrapped in a thick layer of bubble wrap, the KP3’s box was well protected, and opening it revealed the receipt, warranty card, instruction booklet, the KP3 itself, a 12v 2A power supply, and two DC-to-DC male-to-male cables, one of which was a one-into-two splitter. Quality wise, everything felt sturdy and well-built. The KP3 itself had a level of finishing that one would expect from a decent mobile phone, and the cables were not of the thinnest wire possible, but rather substantial – definitely able to handle more than the maximum of 2A that the unit is rated to put out. 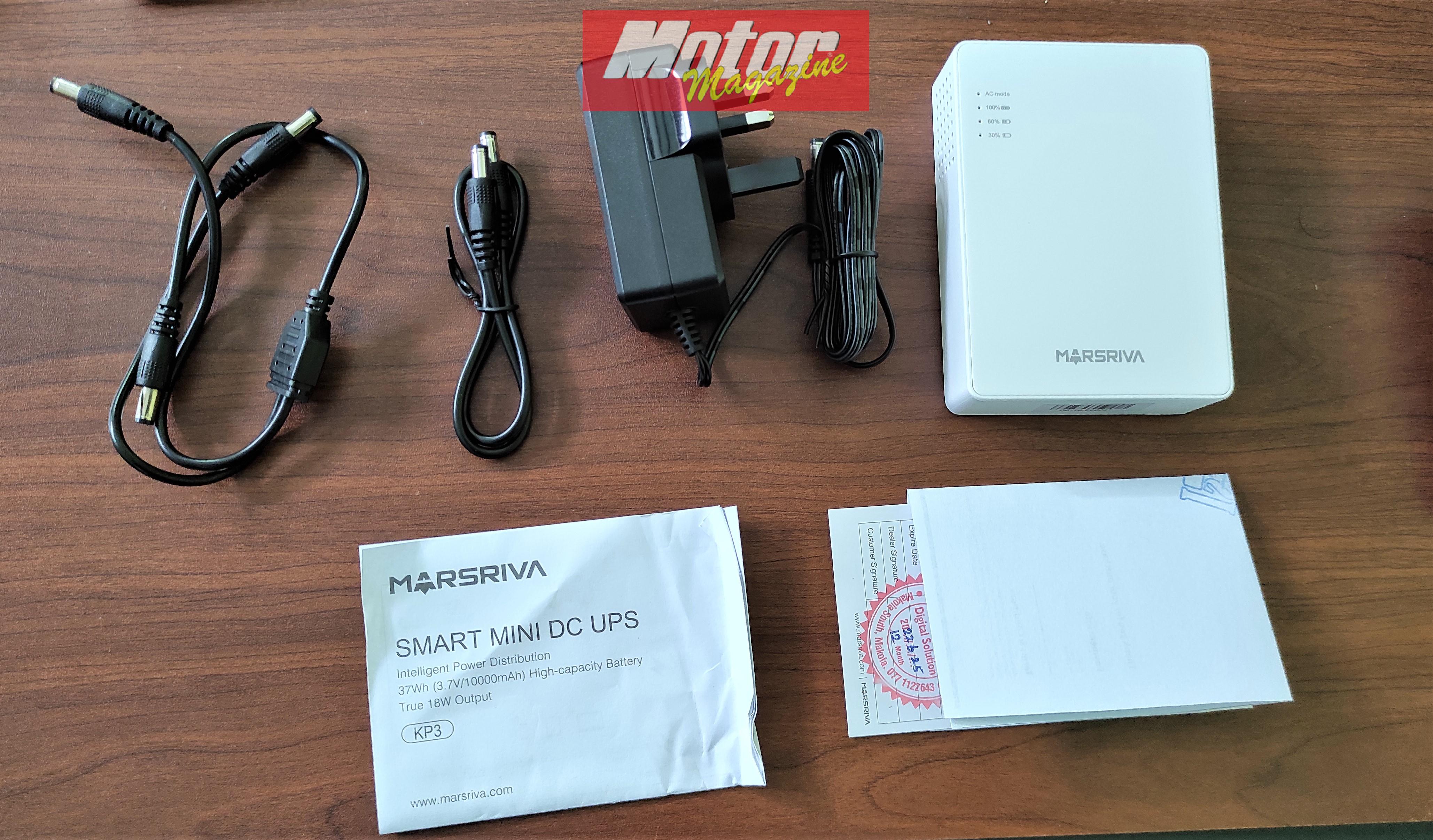 As soon as I plugged in the supplied 12v 2A adapter and turned on the power, the four indicator lights on the KP3 lit up, and a few seconds later, the AC Mode, 30% and 60% battery lights stayed on, while the 100% battery light started blinking. This meant that the battery had more than 60% of charge and was being charged up to full. Around 20 minutes later, all four lights stayed lit, signifying that the battery was fully charged. The instruction booklet suggests periodically charging the device if you are not going to use it regularly, but that’s not an issue for me since it’s a permanent fitment. Full charging time is stated at 3-4 hours by Marsriva.lk 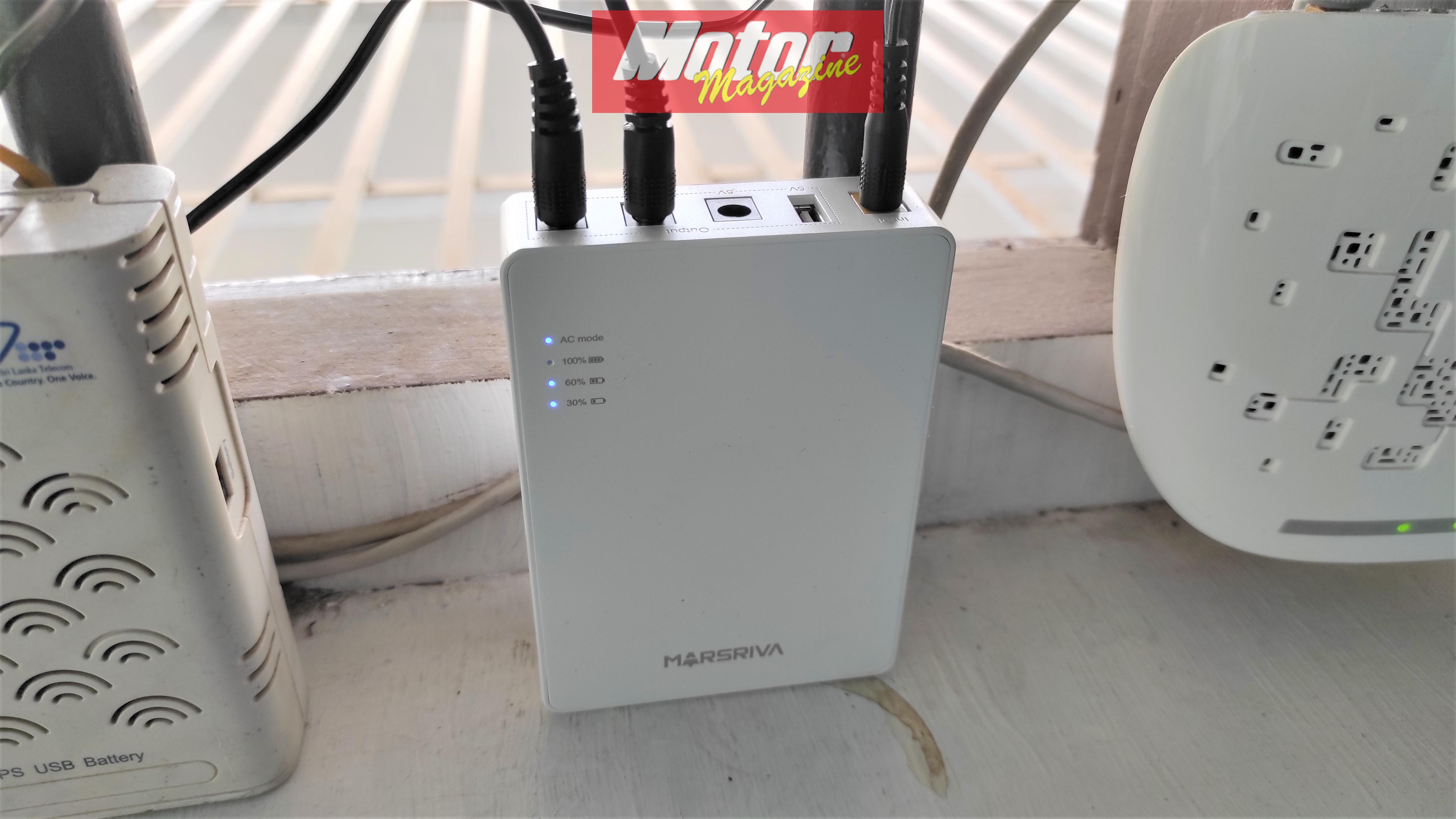 Marsriva.lk have quoted some backup times on their website, albeit for single devices. Since I had connected dual devices, it was time for me to conduct a test on my own to determine what I could expect in my installation.

With a power cut at 4.30pm, I immediately disconnected the power adapter, as I wanted to see if the KP3 would last through the second power cut of the day as well, without a top-up charge in-between to corrupt the results. Since power cuts are tipped to increase in the future, I was keen to investigate if the KP3 could handle a minimum of five to six hours of endurance, which would be more than enough for my household.

In terms of load, two laptop computers, two mobile phones, a front door camera and a baby camera were connected to the WiFi router, representing the typical WiFi device mix in my house.

By 8.00pm, the 30% and 60% LEDs were still illuminated, signifying that more than half of available backup power remained, after 3.5 hours of use. I planned to keep it running off the battery until 10.30pm, representing 6 hours of backup, before reconnecting the power adapter. Could the KP3 go the distance? Almost. It totally ran out of power at 10.05pm and automatically shut down like it’s designed to, after 5 hours and 35 minutes of backup.

If you’ve got two devices and need around 4-5 hours of backup, the KP3 is a safe bet. It’s small, well-built and does the job, and at Rs. 14,000/- is worth the money, given that a basic 650Va computer UPS costs a similar amount of money now, but is much larger and less efficient.

Motor-link was born in 1987; a unique establishment at the time - and 35 years later, still is. We h

Through the years, we have discussed many aspects of vehicle ownership, new developments in the auto