Alfa Romeo is manufactured by the Italian company Alfa Romeo Automobiles S.p.A. which is a subsidiary of the recently formed Stellantis conglomerate. The company was founded on 24 June 1910, in Milan, Italy. "Alfa" is an acronym of its founding name, "Anonima Lombarda Fabbrica Automobili." "Anonima" means "anonymous", which was a legal form of company at the time, as it was founded by anonymous investors. 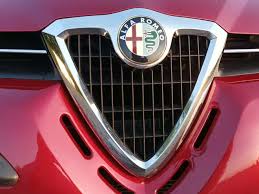 ﻿The first factory building of A.L.F.A. was in the property of Società Anonima Italiana Darracq (SAID), founded in 1906 by the French automobile firm of Alexandre Darracq, with some Italian investors. One of them, Cavaliere Ugo Stella, an aristocrat from Milan, became chairman of the SAID in 1909. The firm's initial location was in Naples, but even before the construction of the planned factory had started, Darracq decided late in 1906 that Milan would be more suitable and accordingly a tract of land was acquired in the Milan suburb of Portello, where a new factory of 6,700 square metres was constructed. In late 1909, the Italian Darracq cars were selling slowly and the company was wound up. Ugo Stella, with the other Italian co-investors, founded a new company named A.L.F.A. (Anonima Lombarda Fabbrica Automobili), buying the assets of Italian Darracq that was up to dissolution. 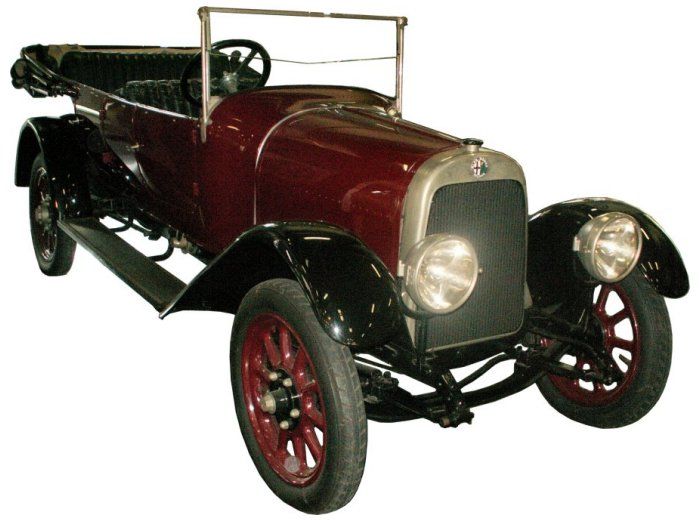 ﻿﻿The first car produced by the company was the 1910 24 HP, designed by Giuseppe Merosi, hired in 1909 for designing new cars more suited to the Italian market. Merosi would go on to design a series of new A.L.F.A. cars, with more powerful engines such as the 40–60 HP. A.L.F.A. ventured into motor racing, with drivers Franchini and Ronzoni competing in the 1911 Targa Florio with two 24-hp models. In 1914, an advanced Grand Prix car was designed and built, the GP1914, with a four-cylinder engine, double overhead camshafts, four valves per cylinder, and twin ignition. However, the onset of the First World War halted automobile production at A.L.F.A. for three years.

In August 1915, the company came under the direction of Neapolitan entrepreneur Nicola Romeo, who converted the factory to produce military hardware for the Italian and Allied war efforts. Munitions, aircraft engines and other components, compressors, and generators based on the company's existing car engines were produced in a vastly enlarged factory during the war. After the war, Romeo invested his war profits in acquiring locomotive and railway carriage plants in Saronno (Costruzioni Meccaniche di Saronno), Rome (Officine Meccaniche di Roma), and Naples (Officine Ferroviarie Meridionali), which were added to his A.L.F.A. ownership. Car production had not been considered at first, but resumed in 1919 since parts for the completion of 105 cars had remained at the A.L.F.A. factory since 1915.﻿﻿﻿﻿ 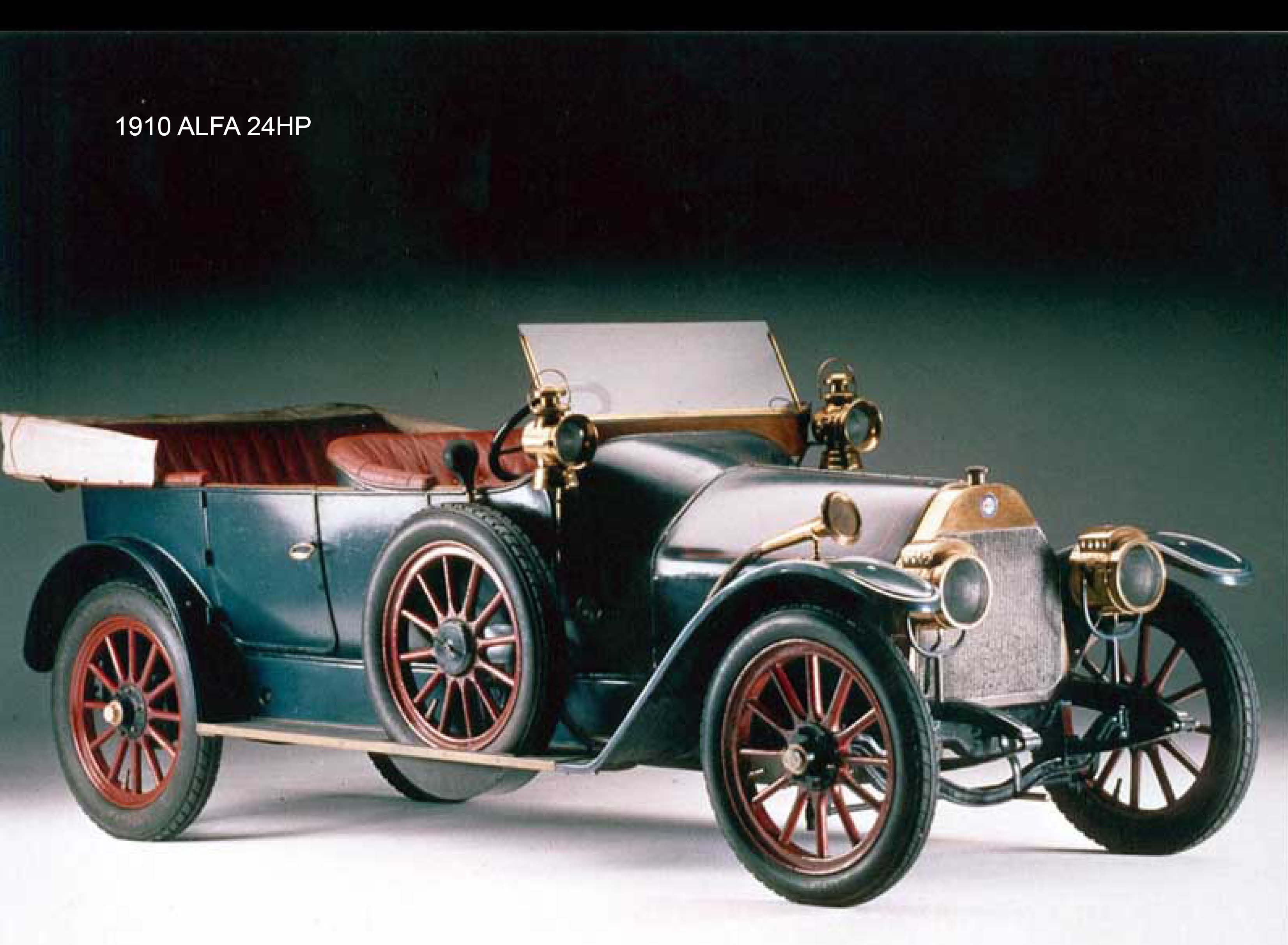 ﻿﻿﻿﻿﻿In 1920, the name of the company was changed to Alfa Romeo with the Torpedo 20–30 HP the first car to be so badged. Their first success came in 1920 when Giuseppe Campari won at Mugello and continued with second place in the Targa Florio driven by Enzo Ferrari. Giuseppe Merosi continued as head designer, and the company continued to produce solid road cars as well as successful race cars (including the 40–60 HP and the RL Targa Florio)

In 1923 Vittorio Jano was lured from Fiat, partly due to the persuasion of a young Alfa racing driver named Enzo Ferrari, to replace Merosi as chief designer at Alfa Romeo. The first Alfa Romeo under Jano was the P2 Grand Prix car, which won Alfa Romeo the inaugural world championship for Grand Prix cars in 1925. For road cars, Jano developed a series of small-to-medium-displacement 4-, 6-, and 8-cylinder inline engines based on the P2 unit that established the architecture of the company's engines, with light alloy construction, hemispherical combustion chambers, centrally located plugs, two rows of overhead valves per cylinder bank and dual overhead cams. Jano's designs proved both reliable and powerful.

Enzo Ferrari proved a better team manager than a driver, and when the factory team was privatised, it became Scuderia Ferrari. When Ferrari left Alfa Romeo, he went on to build his own cars. Tazio Nuvolari often drove for Alfa, winning many races before the Second World War.

In 1928 Nicola Romeo left, and in 1933 Alfa Romeo was rescued by the government, which then had effective control. Alfa Romeo became an instrument of Mussolini's Italy, a national emblem. During this period it built bespoke vehicles for the wealthy, with bodies normally by Carrozzeria Touring or Pininfarina. This era peaked with the Alfa Romeo 2900B Type 35 racers.

The Alfa factory (converted during wartime to the production of Macchi C.202 Folgore engines: the Daimler-Benz 600 series built under license) was bombed during the Second World War and struggled to return to profitability after the war. The luxury vehicles were out. Smaller, mass-produced vehicles began to be produced beginning with the 1954 model year, with the introduction of the Giulietta series of berline (saloons/sedans), coupes and open two-seaters. All three varieties shared what would become the Alfa Romeo overhead Twin Cam four-cylinder engine, initially displacing 1300 cc. This engine would eventually be enlarged to 2000 cc and would remain in production until 1995.

Famously, Henry Ford talking to Ugo Gobbato in 1939 is supposed to have said “When I see an Alfa Romeo go by, I tip my hat”. 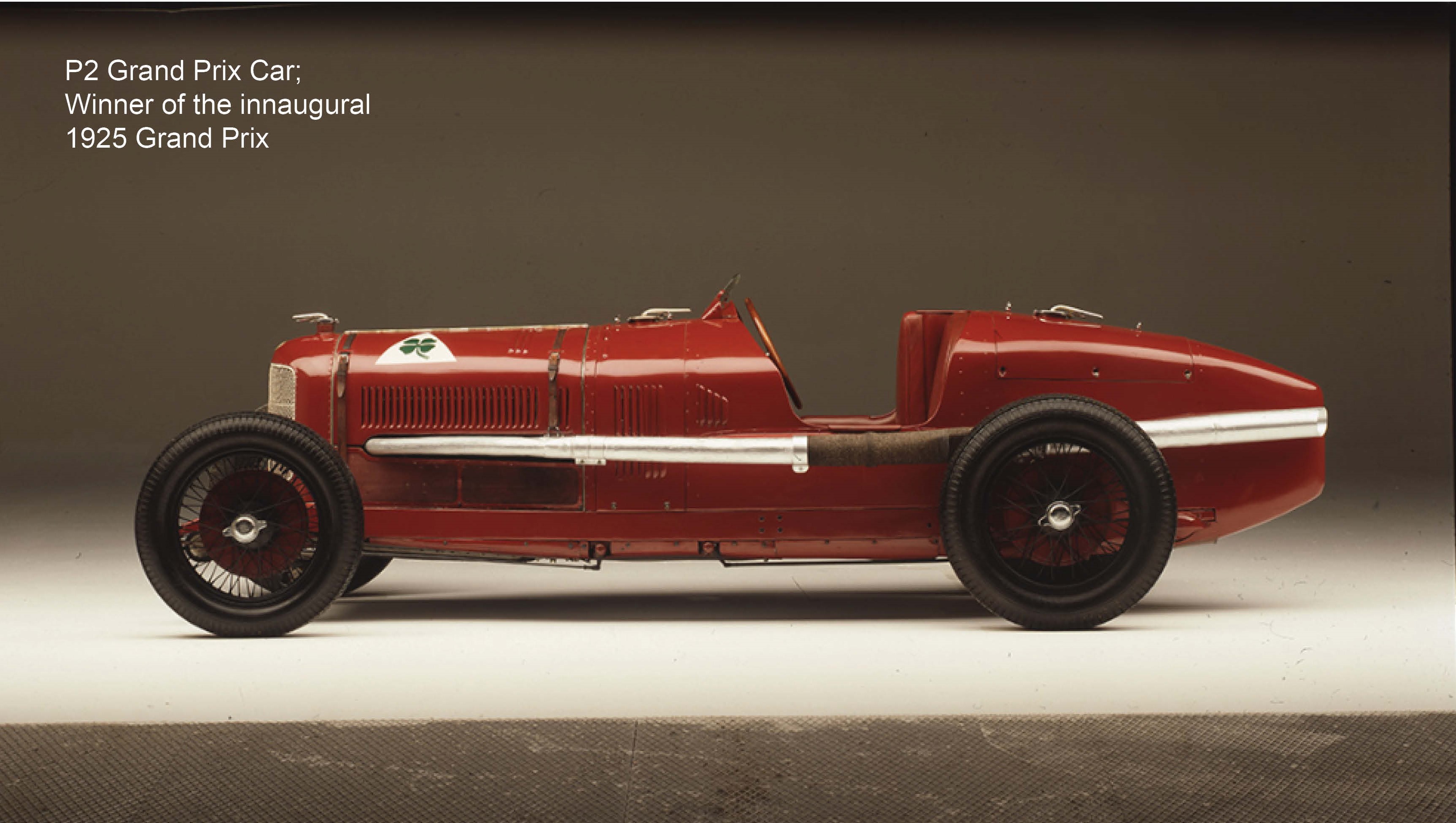 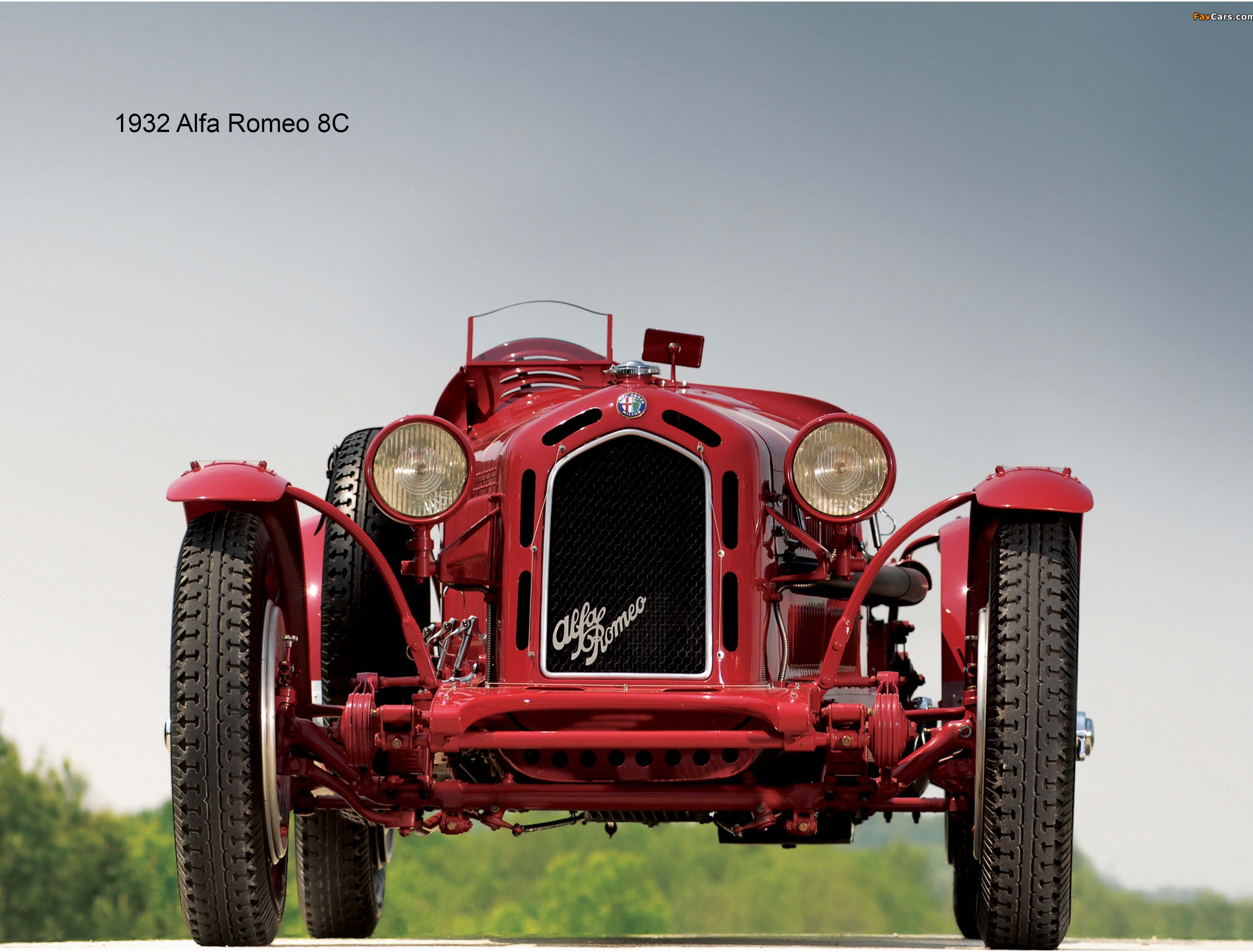 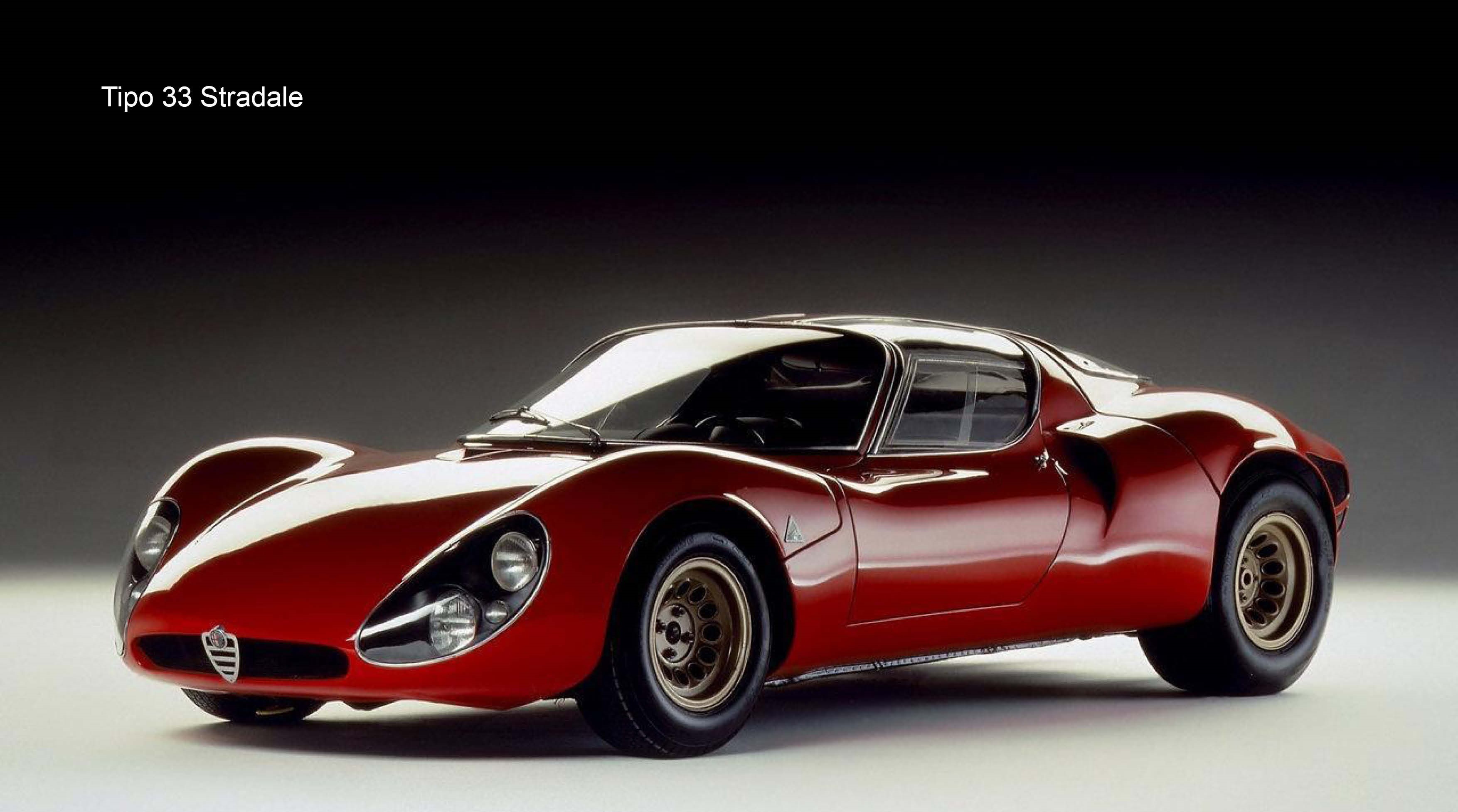 ﻿﻿Once motorsports resumed after the Second World War, Alfa Romeo proved to be the car to beat in Grand Prix events. The introduction of the new formula (Formula One) for single-seat racing cars provided an ideal setting for Alfa Romeo's Tipo 158 Alfetta, adapted from a pre-war voiturette, and Giuseppe Farina won the first Formula One World Championship in 1950 in the 158. Juan Manuel Fangio secured Alfa's second consecutive championship in 1951.

In the mid-1950s, Alfa Romeo entered into an agreement with Brazil's Matarazzo Group to create a company called Fabral (Fábrica Brasileira de Automóveis Alfa, "the Brazilian Alfa automobile factory") to build the Alfa Romeo 2000 there. After having received government approval, Matarazzo pulled out under pressure from Brazil's President Juscelino Kubitschek with the state-owned FNM company instead commenced building the car as the "FNM 2000" there in 1960. 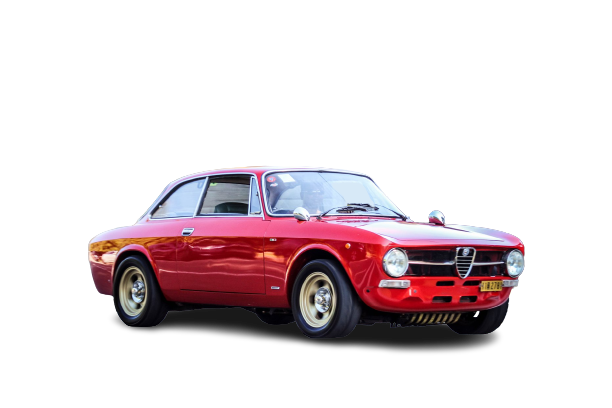 ﻿﻿During the 1960s, Alfa Romeo concentrated on motorsports using production-based cars, including the GTA (standing for Gran Turismo Allegerita), an aluminium-bodied version of the Bertone-designed coupe with a powerful twin-plug engine. Among other victories, the GTA won the inaugural Sports Car Club of America's Trans-Am championship in 1966. In the 1970s, Alfa Romeo concentrated on prototype sports car racing with the Tipo 33, with early victories in 1971. Eventually the Tipo 33TT12 gained the World Championship for Makes for Alfa Romeo in 1975 and the Tipo 33SC12 won the World Championship for Sports Cars in 1977. 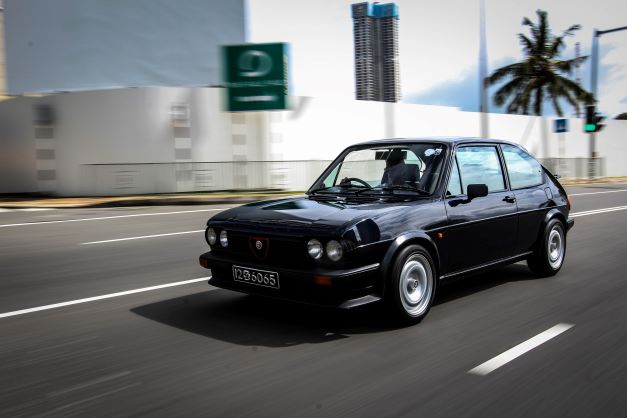 ﻿﻿As Alfa Romeo was a state-controlled company, they were often subject to political pressure. To help industrialize Italy's underdeveloped south, Alfa Romeo's new compact car was to be built at a new factory at Pomigliano d'Arco in Campania. Even the car's name, Alfa Sud (Alfa South), reflected where it was built. 18 January 1968, saw a new company named "Industria Napoletana Costruzioni Autoveicoli Alfa Romeo-Alfasud S.p.A." being formed, 90% of which belonged to Alfa Romeo and 10% to Government controlled holding company Finmeccanica. This plant was built in the wake of France's 1968 protests and Italy's Hot Autumn and was never "properly started”. The employees had mainly construction backgrounds and were not trained for factory work, while industrial relations were troublesome throughout. Absenteeism rates in the Pomigliano factory ran at 16.5 percent through the 1970s, reaching as high as 28 percent.

By the 1970s, Alfa Romeo was again in financial trouble, with the company running at about sixty percent of capacity in 1980. Since Alfa Romeo was controlled by the Italian government-owned Istituto per la Ricostruzione Industriale (IRI), a deal was made where about a quarter of worker's salaries were paid through state unemployment agencies to allow Alfa's plants to idle for two weeks every two months. An aging product lineup and very low productivity combined with near-permanent industrial unrest and Italy's high inflation rates kept Alfa Romeo firmly in the red. Other creative measures were attempted to shore up Alfa, including an ultimately unsuccessful joint venture with Nissan endorsed by Alfa's then-president, Ettore Massacesi, and Prime Minister Francesco Cossiga. By 1986, IRI was suffering heavy losses - with Alfa Romeo having not been profitable for the last 13 years - and IRI president Romano Prodi put Alfa Romeo up for sale. Finmeccanica, the mechanical holdings arm of IRI and its predecessors owned Alfa Romeo since 1932. Prodi first approached fellow Italian manufacturer Fiat, which offered to start a joint venture with Alfa.

Fiat withdrew its plan for a joint venture with Alfa Romeo when Ford put in an offer to acquire part of Alfa Romeo and restructure the company, while increasing its stake over time. However, Fiat chose to put in a bid to acquire the entirety of Alfa Romeo and offer job guarantees to Italian workers, an offer that Ford was unwilling to match. It also did not hurt any of the parties involved that an acquisition by Fiat would keep Alfa Romeo in Italian hands. In 1986, the deal was concluded with Alfa Romeo merged with traditional rival Lancia into Fiat's Alfa Lancia Industriale S.p.A. Already in 1981, Alfa Romeo's then President Ettore Massacesi had stated that Alfa would never use Fiat engines - the engines being, to a large extent, Alfa Romeo's identity - but would be happy to cooperate fully with everything else. 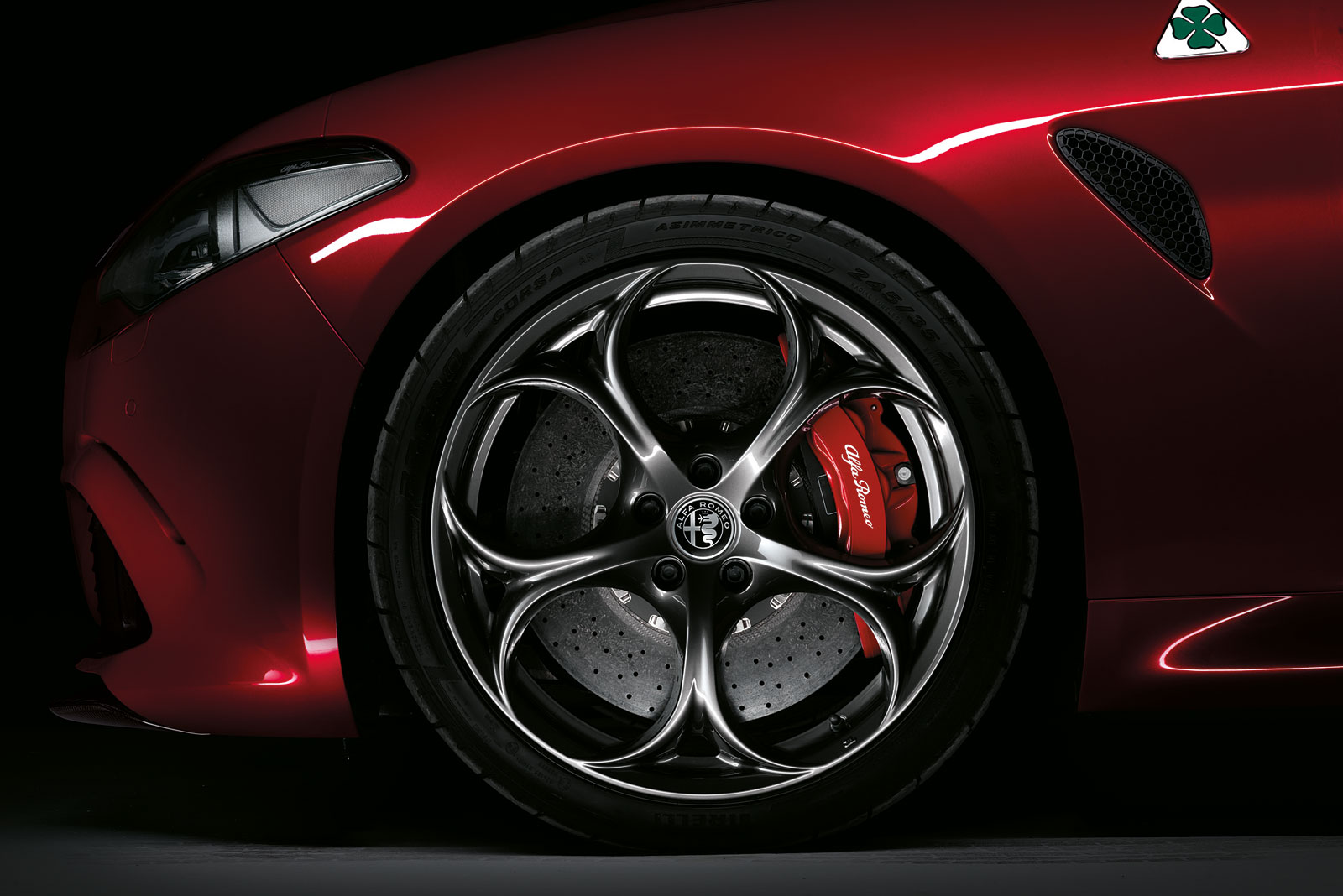 ﻿﻿﻿Models produced from 1990 onwards combined Alfa's traditional virtues of avant-garde styling and sporting panache with the economic benefits of product rationalisation, and include a "GTA" version of the 147 hatchback, the Giugiaro-designed Brera, and a high-performance exotic called the 8C Competizione (named after one of Alfa's most successful prewar sports and racing cars, the 8C of the 1930s).

In 2005 Maserati was bought back from Ferrari and was now under Fiat's full control. The Fiat Group then created a sports and luxury division from Maserati and Alfa Romeo. 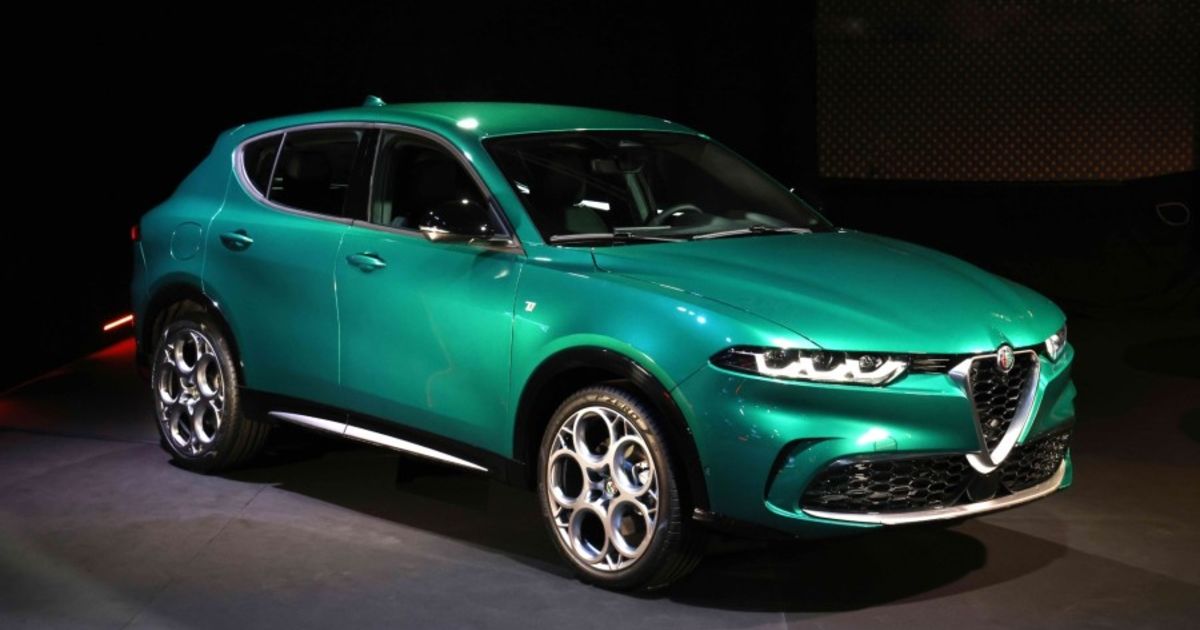 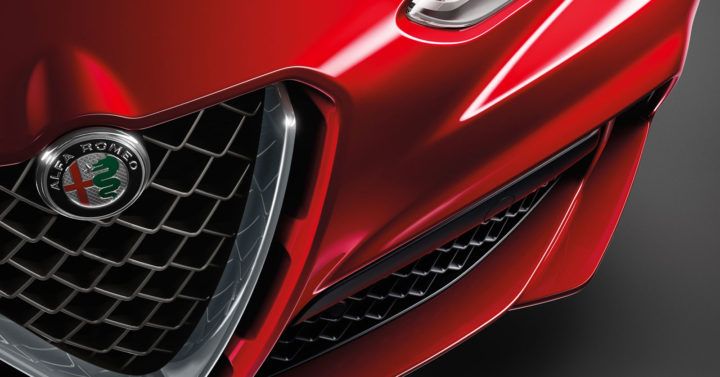 ﻿﻿In spite of falling sales, Alfa Romeo CEO Jean-Philippe Imparato announced in 2021 that a new model would be launched every year between 2022 and 2026, starting with the much-delayed Tonale, with full electrification of new models from 2027.